The Turkey Qualifier Finals for ZOWIE eXTREMESLAND 2018 was conducted on 2nd September with Team Royal Bandits winning the qualifiers, all set to represent Turkey at the Main Event in Shanghai.

The regional final qualifier was organized by Adeks. The event was divided into two phases, Group Stage followed by Playoffs.

The event featured a prize pool of $9,000 USD which would be divided in-between the top three teams along with the winner qualifying for the Shanghai Showdown.

The group stage witnessed 6 teams participating in it. The 6 teams were divided into 2 groups consisting of 3 teams each following a round-robin format through which the top 2 teams from each group would make it into the playoffs.

This is how the group stage went: 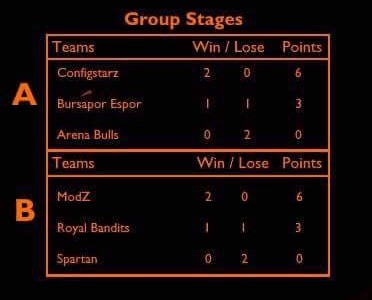 Group-A witnessed Configstarz and Bursaspor Espor making it to the playoffs while from Group-B we saw ModZ and Royal Bandits coming through.

The 4 teams qualifying through the group stage took part in the playoffs featuring a single elimination BO3 bracket. 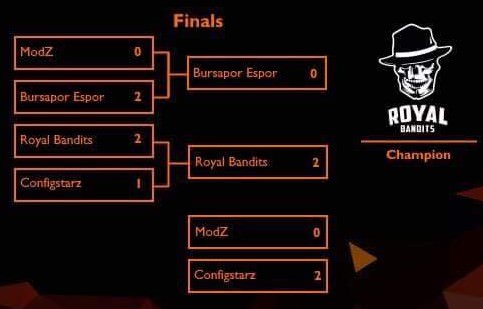 Royal Bandits faced-off against Bursaspor Espor in the grand finals to win the BO3 series ‘2-0’ and become the Turkish representative to take part in eXTREMESLAND 2018 flying to Shanghai for the main event in order to compete for the $100,000 prize pool.

The replay of the streamed matches can be viewed by clicking Here.