1st, Sep, 2018
Today the Philippines Final LAN Qualifier for ZOWIE eXTREMESLAND 2018 began with the 8 qualified teams that made it here through the Regional Online Qualifier.

The final Lan qualifier will be divided into the group stage followed by the playoffs.

In the group stage, 8 teams were divided into 2 groups of 4 teams each. Both the groups featured a BO1, double elimination bracket and two teams qualified from each group into the playoffs.

The playoffs will be a BO3, single elimination bracket between the 4 teams that made it through the group stage.

Here's a brief look at how the Group Stages 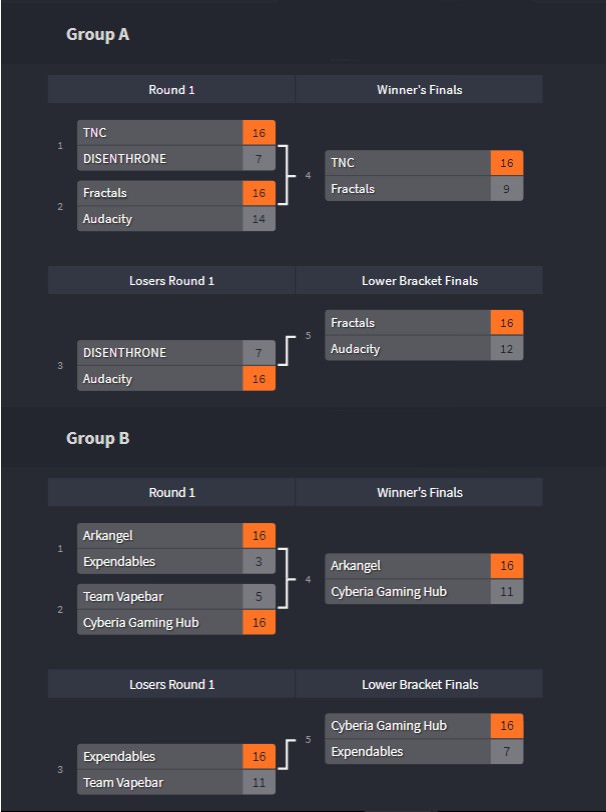 The playoff brackets have been set. We will see TNC taking on Cyberia Gaming Hub in the first semifinal while the other semifinal will be contested between ArkAngel and Fractals.
Stay tuned for more incoming action as the playoff unfolds towards the team that will represent the Philippines in the Main Event to be held in Shanghai.

The regional LAN finals can be streamed at: