14th, Mar, 2018
Day 1 of WESG came to a close with 4 out of 8 groups decided. Teams from Europe held their ground showing utter dominance.

Group A – MVP PK and Team One move on

In Group A, MVP PK from Korea was obviously the strongest team and managed to get 3 wins in 3 matches to secure top slot. All 3 games were relatively comfortable victories with 2 wins on cobblestone and one on mirage.
The Brazilian squad, Team One finished second with victories over Alpha Red and subtle and will be the second seed from Group A.

Group B – AGO Esports surprises everyone

Group B favourites, GODSENT had no trouble securing the top seed delivering crushing defeats to both Ago Esports and a 16-1 over B.O.O.T Dreamscape. Their match against Swole Petrol, however, went 30 rounds before they snatched the win.

In fact, Freakazoid’s Swole Patrol were unable to win a single match and instead it was the Polish side AGO Esports who ended up as the second seed coming out of the group.

Chinese powerhouse, Vici Gaming ended their run at the WESG main event, without a single win to their name. The Belgian squad, featuring Ex6tenz and ScreaM finished top of the group with a perfect record. Spanish side, wololos who have mixwell and lowel finished second in the group.

Group E was already decided and only the seeding match was played out between EnvyUs and Team Bravado. Since the other two teams had failed to show up, only one bo1 was enough to decide the group and it was the French side, who took the game 16-3 over the South Africans. 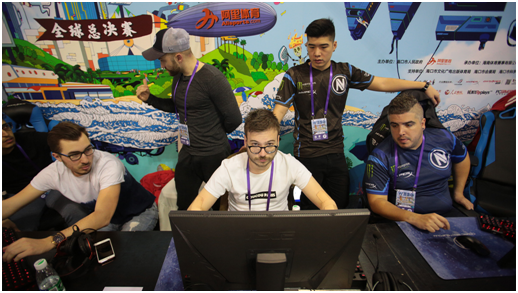 Source: @WESGcom
Day 2 of the first phase of the group stages will take place tomorrow. Stay tuned for all the action!