ESL Pro League 8 - SEA Qualifier starts off with a bang

Out of the eight participating teams 6 teams have been invited while the other 2 teams have made it to the playoffs through the open qualifiers. The teams competing in the event are as follows,

The qualifier is following a BO3, double elimination bracket and will conclude on 16th October. The opening day witnessed the Upper Bracket – Quarterfinals being played out among the participants and this is how it all went down, 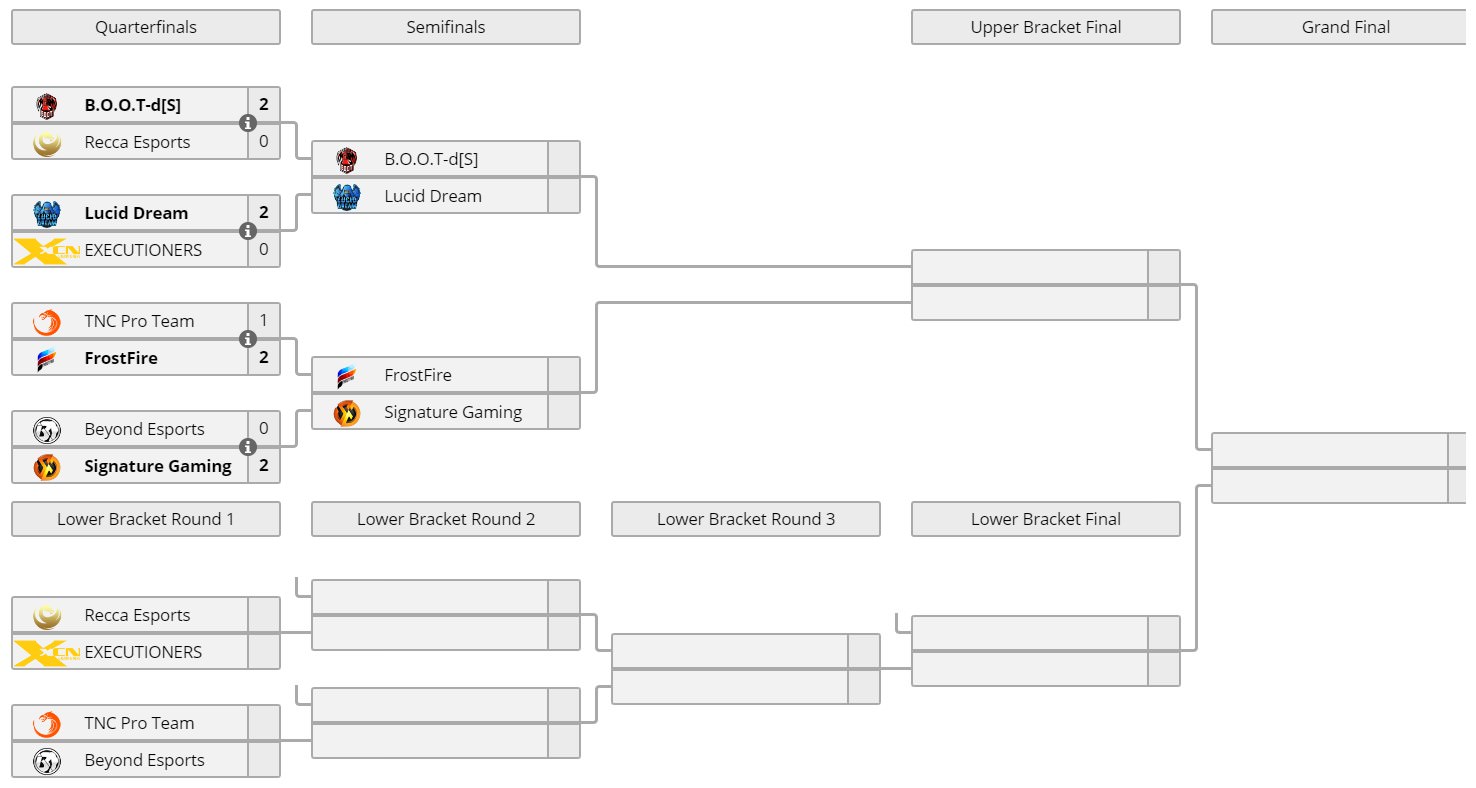 In the first match of the day, B.O.O.T-d[S] took down Recca Esports ‘2-0’ winning both the matches one after the other. B.O.O.T-d[S] displayed good confident plays on Mirage which led to a comfortable victory with a score of ‘16-7’. A confident B.O.O.T-d[S] destroyed Recca in the second match as they took them down ‘16-0’ on Train, moving on to the UB-Semifinals.

The next match-up witnessed TNC Pro Team go up against FrostFire. Both the teams took a match each with FrostFire winning the first one on Train with a score of ‘16-14’ while TNC took the second match being played on Mirage with a dominant performance. The decider was held on Nuke which saw both the teams put their best foot forward as the game went down to the wire, with FrostFire coming out on top with a score of ‘16-12’ while moving onto the UB-Semifinals.

The last match of the day was held between Beyond Esports and Signature Gaming. Signature won both the opening games, which were played on Mirage and Nuke while facing good competition from Beyond, who tried their best but got outplayed at several instances especially in clutch situations.

With the end of the first day, we find Recca Esports facing off against Executioners while TNC takes on Beyond Esports in the LB-Round 1. While B.O.O.T-d[S] prepare to take on Lucid Dream and FrostFire get ready to lock horns against Signature Gaming in the UB-Semifinals.