ESL One Birmingham: EG, VG and Newbee eliminated on Day 1

The first day of play saw 3 big names knocked out of ESL One Birmingham and the list will only get smaller from here on out. Each group had its own story to tell and 3 teams find themselves going home at the end of Day 1.


Group A - EG is still not top tier


Group A kicked off with some intense action as we saw the power of 7.15’s Io. Not only did Dj’s Wisp farm well, but was instrumental in keeping the already beefy Morphling alive in fights. In the end, Fnatic used the two to simply Relocate in and ignore the backdoor protection as they took down the throne as EG were caught up taking a fight in Fnatic’s base.

Team Spirit found themselves on the receiving end of a drubbing as VP’s high armour heroes, the DK and the Sven found an easy 30-minute victory over Illidan's Lycan. In the Upper Bracket finals, VP showed just why they are the current DPC leaders and delivered a crushing 2-0 to advance as top seeds. Both games were pretty one-sided as Fnatic were not ready for the level of Dota that VP brought to the table.

In the eliminator, Team Spirit pulled out some unexpected drafts from their books as EG looked out of their element. In game 1, Illidian’s Slark just tore through EG with an early Silver Edge and Arteezy’s Spectre never had the time nor the space to come online. In game 2, it was G’s Winranger who finished off the series with 17 kills to his name.


Group B - Liquid fight back after an early setback


Group B saw the most unexpected result of the tournament as Pain Gaming took a bo1 off Team Liquid, but the current TI champs fought back in their lower bracket matchup against VG to stay alive in the competition. OG who have managed to find some good form of late finished on top of the group with wins over VG and then Pain.

The Chinese squad, VG, looked uncharacteristically poor as some questionable drafts saw them bow out of the tournament rather meekly.


In Group C, the top-seeded team Newbee were the first ones to go home as Optic Gaming held the NA flag up high. The 2 Chinese teams, LFY and Newbee both suffered defeats in round 1 at the hands of Optic and Mineski to set up an all Chinese eliminator match. The series was the longest one of the day but Newbee fell short as Super’s Lina styled on them in the deciding game. 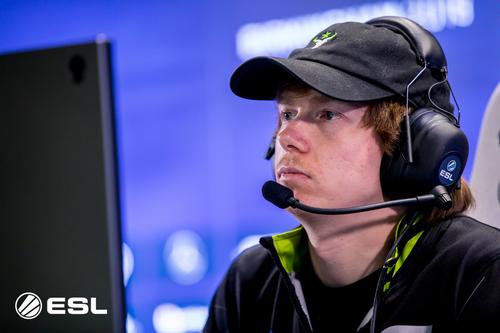 In the WB finals, Optic came back from behind to take the series 2-1 as CCnC’s 17 kill performance on the QoP in game 3 secured the win for the NA side.


Day 2 sees, each group playing out their last bo3’s and the First place Decider being played out as well. In Group A, Fnatic take on Team Spirit, in B, it’s Liquid gunning for revenge against Pain Gaming and in Group C, LFY too look for revenge against Mineski.

In the first place decider, Optic, VP and OG go head to head and the top 2 will start off in the semi-finals while the 3rd team starts off in the quarters along with the rest of the #2 seeds from each group.