After a month and a half of gruelling matches, the ESL India Premiership came finally got done with it’s online phase. The top 4 teams for both Dota 2 and CS:GO have now been decided. Let’s take a look at where we stand.

In Dota 2, the most of the matches have had the expected results. Both Akatsuki and The Council failed to perform in the league play thus allowing the Indian teams to shine. The top 4 are all Indian teams and the best ones in the country at that. ROG Titan’s were the only team to go unbeaten this season and take the number one seed. Following them are arch rivals Signify who only lost the one game. In third and fourth place are Reckoning Esports and Team Buriza both of whom finished with an 8-3 scoreline. 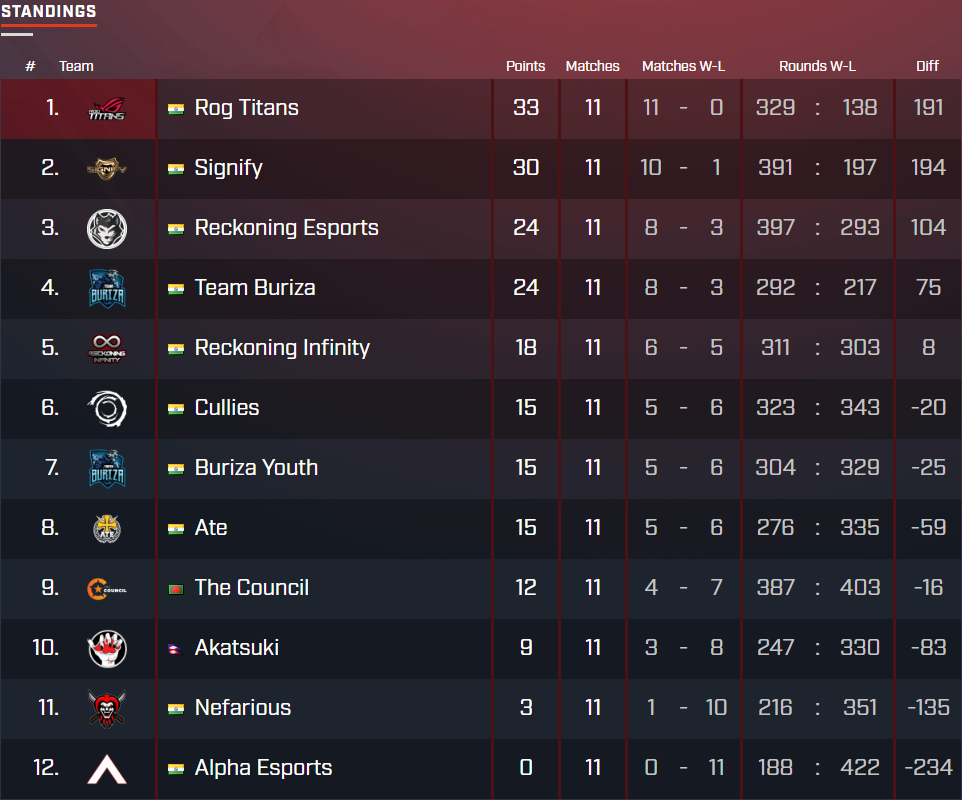 At the bottom are Alpha Esports who failed to win a single game. Nefarious also find themselves in the 11th position as they too won just one game. Rounding up the bottom 4 are Nepal’s Akatsuki and Bangladesh’s The Council, both of whom have played on LAN in earlier seasons and were expected to do much better. All 4 are now relegated and will start in the Challenger Series in the Fall Season.

Counter Strike was a much closer affair and there was competition at all the levels of the Master League. Team Brutality managed to surprise everyone and finish on top. The boys in yellow haven’t had the best of seasons the last few times but looked sharp with the same roster that brought them glory in 2016. 2017 Fall Season champions, Invictus too looked sharp finishing in second place. 3rd and 4th place were taken by 2ez Gaming and Entity Gaming, last season’s finalists who did have their moments of weakness across the season. 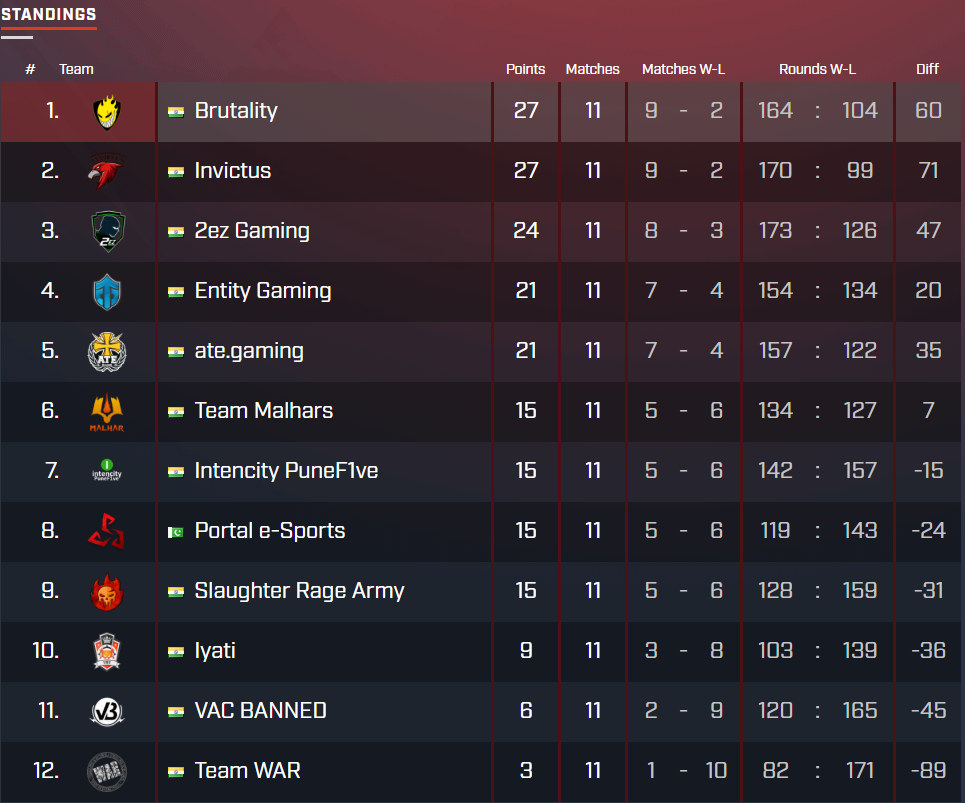 In the bottom half of the table, WAR, Vac Banned, Iyati and Slaughter Rage Army have been relegated. While WAR VB and Iyati just had poor seasons overall, SRA got a bit unlucky as they had a lower round difference. Malhars, Portal Esports, Intencity Pune 5 and SRA all had 5 wins and 6 losses, but the fact that SRA forfeited two games meant that their round difference was the lowest.

The Summer Season LAN will take place on the 23rd and the 24th of June in Mumbai at Phoenix MarketCity, Kurla.