The third edition of the ESL India Premiership brings with it, a host of changes which primarily include the format, prizepool distribution structure among others. With a jaw-dropping INR 1 Crore prizepool, this season is sure to radically transform the Indian esports scene.

The 2018 edition of the ESL India Premiership is expanding its Master League from 8 teams to 12 teams. The Top 8 teams in the Master League at the end of the season will qualify for the LAN Finale. The league will be one long round-robin phase which will last for 3 months (1 Season)

The Starter League has no significant changes other than limiting itself to a maximum of 128 teams (slots will be allocated on a first-come, first-serve basis). It continues to be the entry point for new teams aspiring to rise the ranks of Indian esports. There will be 3 phases of Starter League action per season.

The sheer amount of prize money which can be won in the ESL India Premiership is one of its biggest selling points. With the prizepool growing to mammoth proportions, this season’s distribution has been altered minorly.

Here is a detailed breakdown 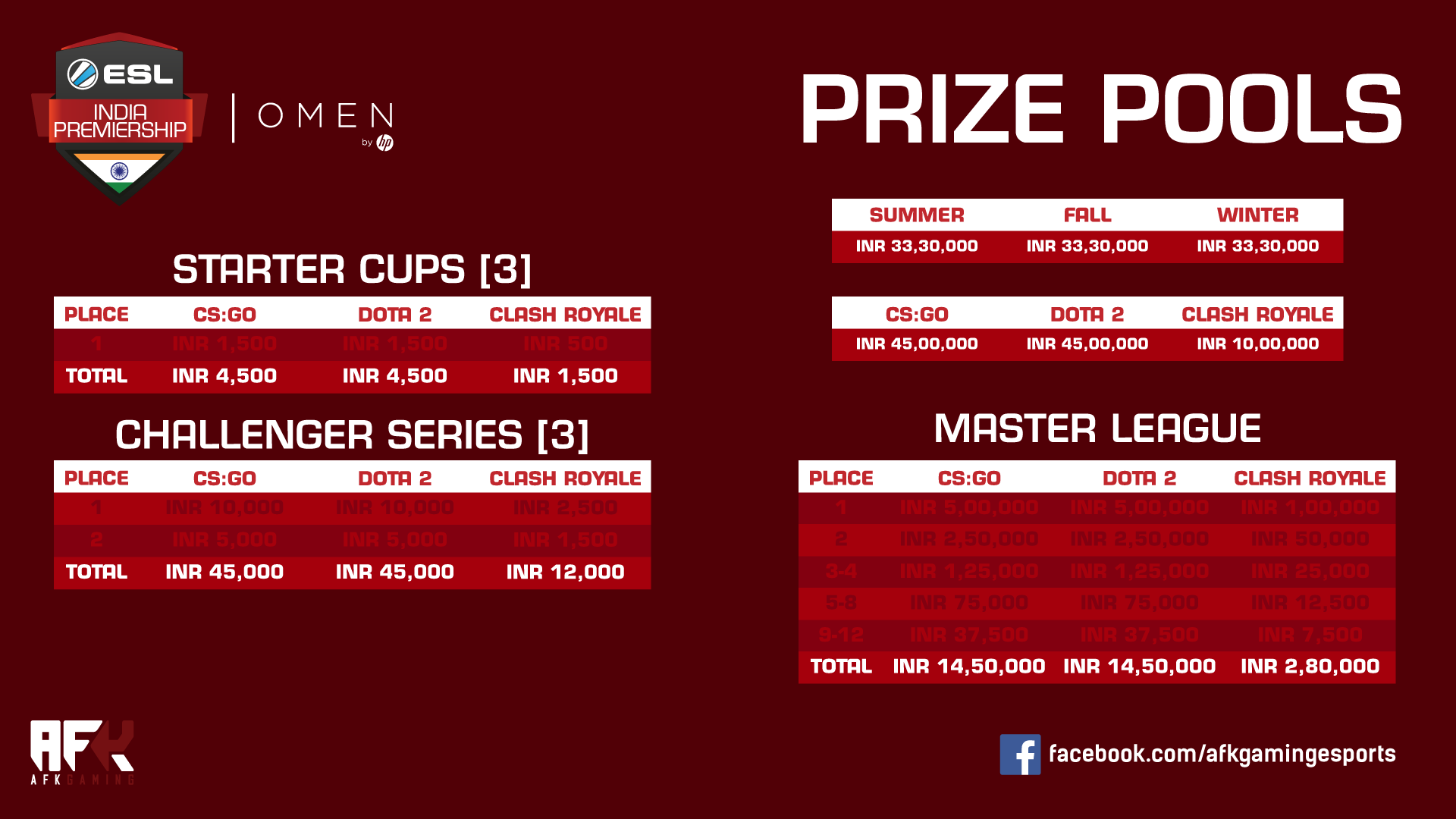 The first Season – The Summer Season of the ESL India Premiership 2018 kicks off on 5th April 2018 and will culminate in a LAN Finale in Mumbai in June 2018.

Registrations and Other Info

While the Challenger League and the Master League will be seeded initially; the registration for the ESL India Premiership – Starter League is free of charge and gamers from any nationality can register for the tournament. Interested gamers can start off in the Starter Leagues and begin working their way up the ladder simply by registering for the Premiership through the ESL Play Portal.
For Dota 2 : Click Here
For CS:GO : Click Here
For Clash Royale: Click Here

Disclaimer: NODWIN Gaming, the organizer of the ESL India Premiership is an investor in AFK Gaming
About UsContact UsServicesRSS
DisclaimerAdvertise With UsArchiveEditorial Team