Epicenter disrespects Vici Gaming and Chinese Dota at the Major

This year’s DPC season came to a fitting conclusion after 5 incredible games of Dota 2 from Vici Gaming and Team Liquid. It was a back-and-forth series that either of the teams could take. Once the dust had settled, it was Vici Gaming who had emerged victorious with a scintillating performance in the clutch.

They claimed the Winner’s Trophy and were waiting for a Winner’s Interview to celebrate the victory with their fans. Unfortunately, that never came.

In an act of unprofessionalism and disrespect, the host instead decided to ignore Vici Gaming who was just standing there (expecting a winner’s interview) and went on to speak with Amer "Miracle-" Al-Barkawi who had won the MVP Trophy, despite losing the game.

Chinese fans were understandably disappointed after one of their own was unable to win the MVP trophy despite winning the tournament, for the second time this season. Twitch chat voted for Miracle and made him the MVP of this year’s Epicenter Major. Earlier this year, at ESL One Mumbai, the players of Keen Gaming were overlooked for the Mercedes Benz MVP awards despite winning the tournament.

In response, Chinese fans started holding polls of their own on Weibo to choose an MVP of their own. 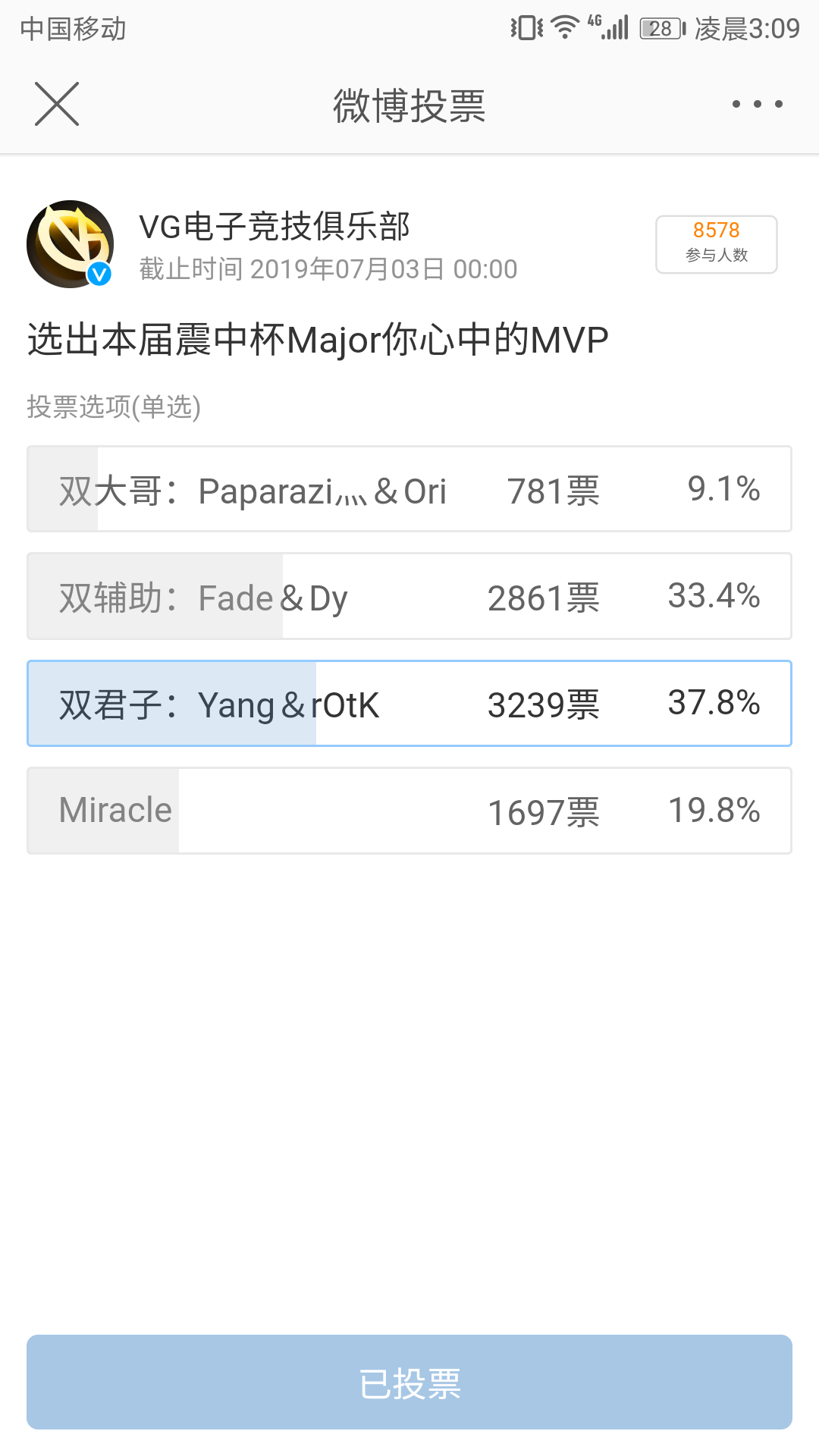 1. Don't restrict your MVP voting process to a Western platform.

2. Please have the decency to give the winning team a platform to speak to their fans aka Interview them!


It will be interesting to see whether tournaments make adjustments to the way they handle such situations in the future and whether they'll incorporate Chinese fan votes for future MVP awards.
About UsContact UsServicesRSS
DisclaimerAdvertise With UsArchiveEditorial Team