Entity Gaming took down their arch nemesis, iNvictus in the grand finals of the 2nd Dew Arena 2018 Qualifiers to take their spot in the main event which is to take place later in the year. They now join Team Brutality who qualified via the 1st qualifier.

The CS:GO Qualifiers were stacked with good teams but in the end it was iNvictus and ETG who made it to the finals, beating out teams like Ate, Shooting Monkeys and 2ez Gaming.

ETG’s journey saw them taking down the likes of Team Dynasty, Trademarc Gaming, Jobless Freaks, Team Obli9 and Shooting Monkeys till they reached the semifinals. There they faced 2ez Gaming, taking a close win to make it to the finals. The series saw both teams winning their map picks only for the decider to be won by ETG in overtime.

Elsewhere, iNvictus picked up victories over VROverpowered Academy, Sniping Wolves, Team McD, GoFigure and VAC Banned to reach the semifinals. They faced Reload Gaming and were forced to 3 maps before they closed it out on Overpass. This set up an exciting finals with both teams having met earlier at the ESL India Premiership Summer Season LAN finale. It was iNvictus who had come out on top then but with their best players moving to ETG, the match had some juicy storylines. 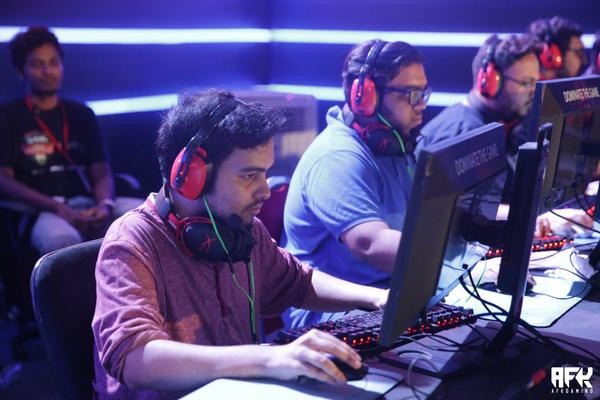 The action kicked off on Cache an Amaterasu stepped up as the new IGL as he dropped 35 frags to get his team the win. Invictus played well and took the map to overtime but it wasn’t enough as ETG didn’t drop a single point in overtime. The next map was Inferno, a map which has constantly been a thorn in the side of ETG. However, they seemed to have improved on the map but are still nowhere close enough to be confident on it. Invictus took Inferno 16-14 as all of their players looked confident and had a sense of how to approach the map. After a close first 2 games, many expected an intense final map but it wasn’t the case as ETG had other ideas. A 16-2 annihilation is what iNvictus received on Overpass and they were left shellshocked, unable to figure out what hit them. Not the most clinical of wins from ETG especially after they acquired two players from iNvictus leaving them depleted.

ETG get their revenge after a harrowing loss in the ESL India Premiership finale but it was a laboured victory nonetheless.