Thus their roster is as follows: 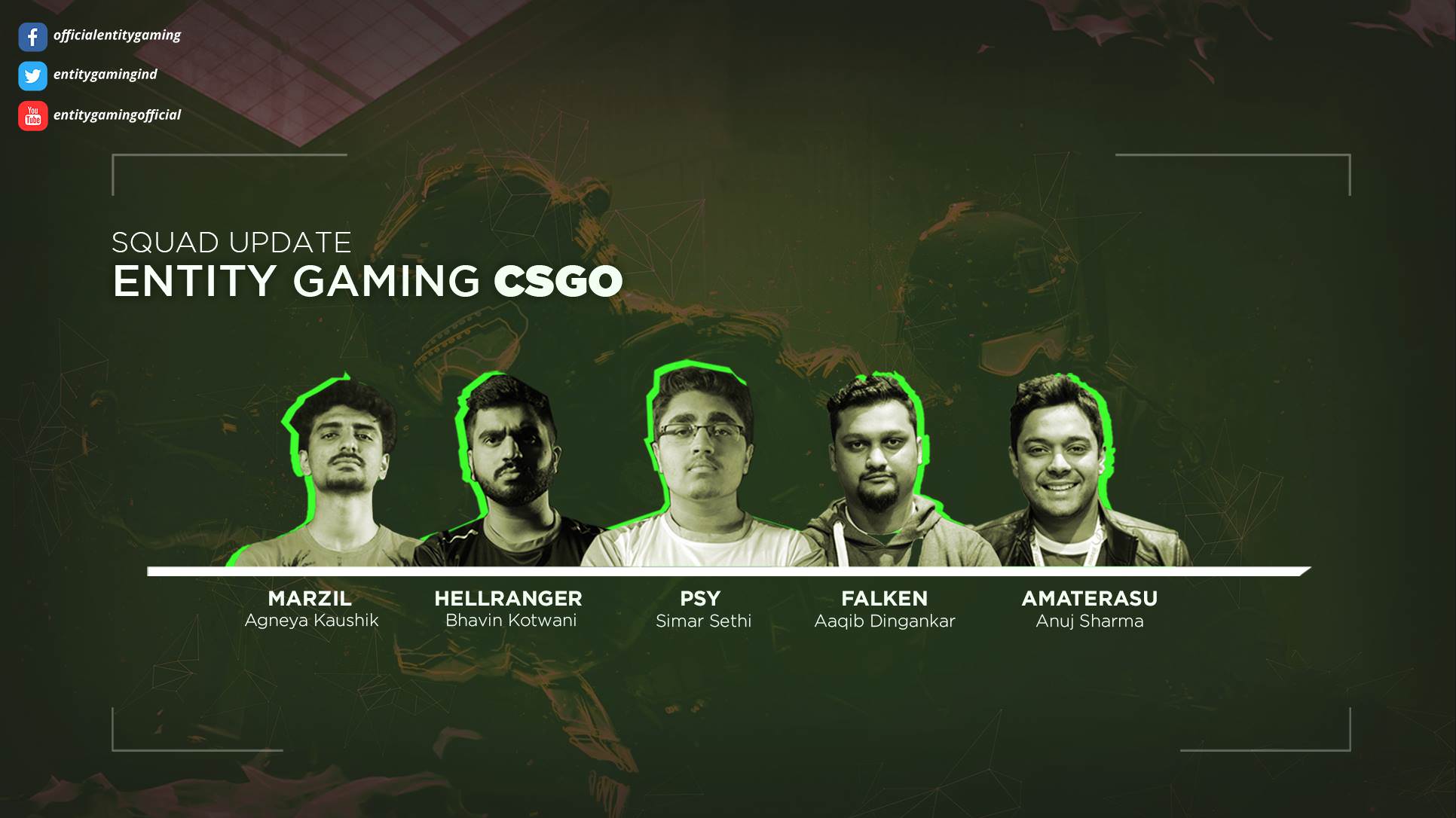 This roster announcement comes after weeks of anticipation as fans anxiously waited to find out which players would be picked up by the famed Indian organization after a controversial roster shuffle earlier this year.

When we asked the Entity Gaming's manager Sid Joshi about how this new Entity Gaming roster came to fruition, He said:

“A very credible and a knowledgeable personality of the CS:GO scene suggested this lineup to us. It took us a bit to take this decision but we believe this lineup has the perfect mix of experience and raw talent. It also comes with the support and coaching of the said personality. It was an obvious choice for us”

“The short terms goals in the next 3 months are to practice but practice the right way. What our old squad did in a year, we want this squad to do in 3 months. And I do believe with the kind of regime we have set for them, it is easily doable. Long terms are to do some international damage. Indian wins and beating low tier SEA teams is going to be considered irrelevant in the new squad.”