ENCE takes down Astralis in the finals of the BLAST Pro Series: Madrid 2019

The BLAST Pro Series: Madrid 2019 came to an end today with ENCE taking down Astralis in the Grand Finals after the two topped the Group Stage with a ‘4-1’ finish. 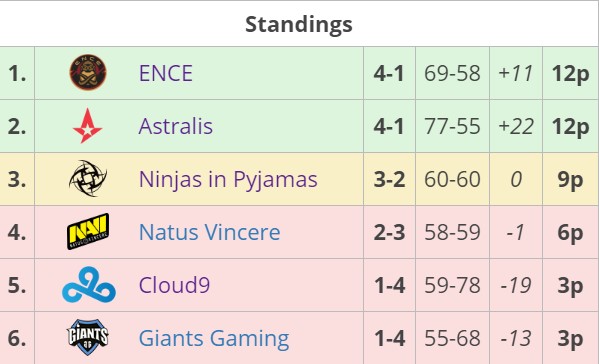 Before going into the Finale the two had engaged in a best-of-one on Dust 2 as well during the Group Stage where ENCE came out on top taking down the Danish powerhouse by a score of ‘16-13’. 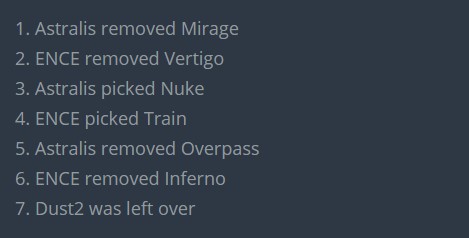 Seeking revenge for their one and only loss in the Group Stage, Astralis were looking forward to winning the best-of-three clash. With this on their mind, Astralis went on to pick Nuke which was not banned by ENCE.

Giving the opposition their most preferred map would not usually be a wise decision but ENCE still gave Nuke to Astralis and then went ahead to beat them on it for the ultimate disrespect.

ENCE were off to a solid start playing on the CT-side of Nuke, they claimed the opening six rounds in a row and kept hard at it to post a dominating score of ‘11-4’ in the first half. The map was not even close to having been won for the Finnish side as they knew how dangerous Astralis could be on the CT-side of Nuke.

Though Astralis did start the second half well, the four rounds that ENCE managed to take away in succession is what sealed the match for them, as the Finns went on defeat Astralis on Nuke by a score of ‘16-9’.

Moving on, the second bout took place on Train, a map where ENCE are known to play really well and boy did they put up a serious stand starting off on the T-side. Though Astralis were up ‘5-0’ at one point of time, ENCE were able to bring the gap down to a difference of just one round by the end of the first half.

Still down ‘8-7’ ENCE held the sites well enough to slowly come back from the deficit and take the match away from Astralis one round at a time. Astralis were coming at ENCE with everything they had in stock but the Finns were more than ready as they went on to win by a score of ‘16-13’.

ENCE has finally claimed their revenge, one they had been looking out for since their defeat in the Finals of IEM Katowice 2019 by taking the series ‘2-0’ in their favour. Not only did they take the series they truly conquered Astralis, outplaying them on both the occasion.

Both xseveN and sergej were truly phenomenal, hitting hard and striking first. Allu, as usual, was there for the team as and when required while Aleksib lead the team like a true captain, perfect calls and well-timed executions, especially on Train, is what enabled the team to conquer the best team in the world in such a dominant manner. But it was aerial who was the real hero for the side, as he walks away with the MVP award, proud and happy.