EG show up to defend their title

12th, Aug, 2016
Day 3 started off with two Lower Bracket games featuring the last two European squads left in the tournament Alliance and Liquid. The Swedish ex-champions were up against a resurgent Fnatic side led by Mushi while Liquid had to duke it out with Chinese hopefuls Newbee. In the Upper Bracket we saw the much anticipated no holds barred clash between the two most aggressive teams in the tournament, MVP Phoenix and Wings. But it was the last series of the day, Wildcards Ehome up against defending champions Evil Geniuses, which ended up giving us the best game of the tournament.

SEA Represents
Alliance’s encounter with Fnatic was arguably the least anticipated match of the day and with both teams not performing at the highest level, whichever team made the least mistakes would be the one likely to take the series. Game 1 stretched over the hour mark and while Alliance are known for their late game play style and decision making it was Fnatic who came out on top. Alliance never really looked in control of the game as Miduan’s Storm Spirit snowballed out of control and with Ohaiyo’s Slardar setting things up, Sven and SS just had to provide the follow up. Dj on Shadow Demon had one of the best SD games this TI and eventually the illusions from the 6+ slotted Sven were enough to whittle down the structures in the Aliiance base, netting Fnatic the victory. In game 2, staring at a potential elimination, Alliance picked up the most Alliance draft with every member playing their signature hero, but it wasn’t enough the Fnatic cores eventually managed to send them home. The early game went Alliance’s way with Bulldog’s NP showing off why the hero is respect banned against Alliance but come mid game, Fnatic started coming out on top in with Mushi’s Chrono setup being enough to guarantee a numbers advantage everytime. Fnatic won teamfights and the scrappy engagements and pulled out ahead eventually catching out Alliance without buybacks and took the series 2-0. 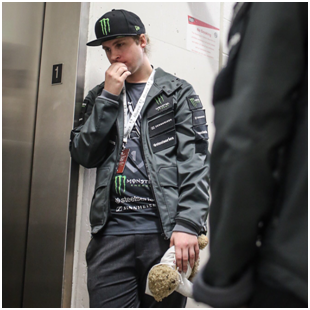 Not even Loda's lucky charm couldn't save Alliance

The Last European Hope
It looked to be the end of the road for European sides as Liquid fell to Newbee in game 1 but K-god and his side rallied themselves to secure the next two games as they sent the TI4 winners back home with an impressive performance. In game 1 Liquid had built up a 20 kill lead and were looking very strong but their almost nonexistent tower taking ability delayed the game long enough for kpii’s Naga to get enough farm to take over the game. Newbee made a spectacular comeback and Matumbaman’s Divine pickup wasn’t enough to prevent Newbee from snatching the victory. In game 2 Liquid again started out ahead winning all 3 lanes as well as being far out ahead in kills. Newbee realized that they neither had the hero composition nor the necessary defense to make a comeback and tapped out by the 18th minute. Game 3 was a complete outdraft by Liquid as FATA’s Mirana and Matumban’s Anti Mage dictated proceedings from the get go, eventually getting too fat for the Newbee cores to handle. The Newbee cores were forced into bad fights and situations and simply lacked the levels and items to fight Liquid as the European side showed just why they were touted as potential top 3, taking the series 2-1. 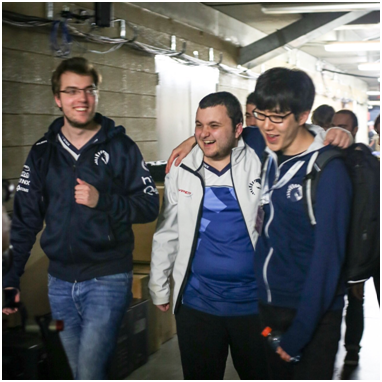 Liquid after knocking out Newbee

Relentless Aggression
MVP Phoenix were up against Wings in the first Upper bracket semi finals and this matchup was highly anticipated as both sides are known for their in your face play style involving constant fighting and diving.  MVP picked up the signature QO PA, while Wings as usual went for the unconventional teamfight oriented lineup feat. QOP, Puck and the iceice 4 position Warlock. MP’s Invoker had a torrid time as the laning phase went more than well for Wings, courtesy the drow aura and his inability to have an impact meant the Wings started getting the upper hand every time the sides clashed. The mid QOP isn’t hasn’t been picked up a lot this time but, bLink’s performance on the hero was exemplary as he executed the teamfights with finesse and control. The Drow Ranger strat meant that once Wings reached the MVP base, there wasn’t a whole lot stopping them from demolishing buildings as they picked up the win. In game 2 MVP went for their 5 man melee face rush strat getting their hands on the dark seer and the spirit breaker. But Wings were completely prepared and they used the Elder Titan to engage and disengage with great effect. Faith_bian also put in a superb performance on the Faceless Void to help secure teamfights and setups allowing Wings to pick up the 2-0 over MVP.

EG take down Ehome after an epic first game
EG’s game against Ehome will go down as one of the best in TI’s history as EG came back from mega creeps to take the first game of the series. Ehome kept the pressure up and slowly built up a gold and xp lead, using aegis to go high ground. But EG’s perseverance paid off as they kept on going even after getting mega-ed as they eventually snatched the win. Universe’s clutch Chrono’s was what sealed the deal as EG managed to wipe out Ehome in their Hail Mary push to take the game. No words can do the game justice, as the 73 minute game was a complex hotpot of crazy comebacks, epic chronos, divine pickups all as the crowd behind kept the “USA!USA!USA!” chants going. In comparison the second game was a clinically executed Drow Ranger strat executed by EG as Universe on his trademark Void finished the game without a single death. 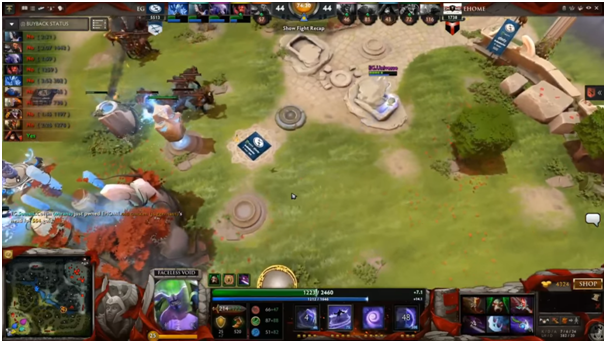 It was at that moment.. Ehome knew they had screwed up!

Both EG and Wings move on to the WB finals and are guaranteed a top 3 finish at TI6. Day 4 will have 3 LB game featuring TNC Vs DC, Liquid Vs Fnatic and Ehome Vs winner of first series. The TI Alltar  match is also set to be played on Day 4 and usual expect some new announcements and crazy surprises.
About UsContact UsServicesRSS
DisclaimerAdvertise With UsArchiveEditorial Team