Dreamleague Season 10: Tigers through to the finals, NaVi to face RNG in the lower bracket

All images are courtesy of @DreamHack Dota

The penultimate day of the minor, saw just two matches as SA’s Infamous was eliminated from the competition. 1437’s Tigers, meanwhile took down Chinese team, Royal Never Give Up for their first ever DPC event grand finals slot.


Getting into the last few days of the competition, maybe achievement enough for Infamous, and to be fair the SA side seems to have exhausted much of their strategies that they used to take down teams like Complexity and ROOONS earlier in the competition. Infamous’s refusal to change up their draft and playstyle after losing game 1, didn’t bode well for them as they lost the series 2-0.

The South American side's, decision to 4th pick the Broodmother, didn’t go unpunished as Magical farmed the Spiderlings, pulling out ahead convincingly on his Alchemist. Na’Vi took convincing fights once all their ultimates were up, as the Chronoshphere, Supernova and Overgrowth made it impossible for Infamous to hold their ground. By 30 minutes, Na’Vi were comfortably ahead by 15k+ and had little trouble inclosing out the game 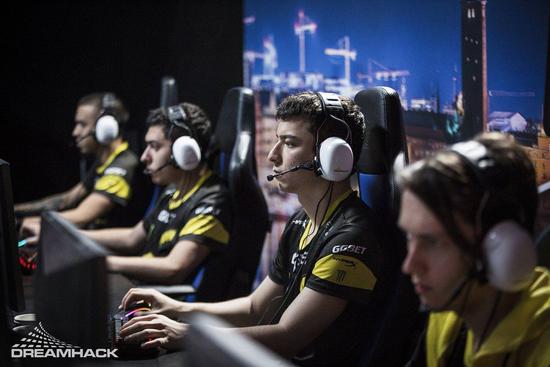 Infamous, stuck with their guns, once again going for a Morphling for Timado in game 2, but this time it was Magical who took the game in his own hands, as he won his mid lane convincingly on the Clinkz and proceeded to dominate the entire map. The trio of the Void, Treant and Phoenix, once again came out on top in teamfights, as just the threat of any one of the ultimates, made Infamous think twice before approaching Na’Vi. Timado’s Morphling started threatening once he had both the Manta and the BKB, but it was too late for Infamous as Na’Vi won the final teamfight convincingly, forcing out the gg.


1437’s drafts allow Tigers to move into the finals


In the winner bracket finals, SEA team, Tigers, emerged victorius after a 2-1 win against RNG. The RNG lineup were caught out in the first and 3rd games by 1437’s Undying as they lost the laning stage and were never really able to make a recovery. In game 1, the Broodmother pick coming out of RNG, caused a great deal of trouble for the Tigers, but they withstood his power spike and closed out the game shortly after.

Much of game 2 was a farmfest as the RNG’s Drow lineup were more than happy to dodge fights and take objectives. Despite having the better teamfight, the Tiger’s couldn’t really get the fights they wanted as RNG, slowly but surely farmed the entire map and whittled down their base.

A strong laning phase, thanks to the Undying in game 3, allowed Tigers to power into the mid-game as their 3 farmed cores, laid waste to the entirety of the enemy heroes. It was a stomp from start to finish, as RNG never had the heroes to play from behind, losing the game quickly within 35 minutes.

Na’Vi now take on RNG in the lower bracket finals, while the Tigers wait in the grand finals. The last day of the minor kicks off later today!