The DPC season is now over with everyone looking ahead to TI8 but it’s important to take time out and analyze the season because as Theodore Roosevelt once said “The more you know about the past, the more prepared you are for the future”.

This is the first of our 3 part series where we break down the performances of Fnatic, Mineski and TNC - 3 teams who without a shadow of a doubt were the frontrunners from the SEA region, this season.

It’s not a matter of debate who the best team in SEA has been, as with a 5th place finish and 2 DPC event wins, Mineski have gone further than any of their counterparts. They are also the only SEA team to secure a direct invite to TI8 from the region. Out of 22 events this season, Mineski played in 13. In fact, they could have played 14 events, but chose to drop out of the Dotapit League forfeiting their slot to Fnatic. They played in the SEA Qualifiers 14 times, placing 1st 8 times. The only events that Mineski did not even attempt to qualify for were Dreamleague Season 9 and GESC: Thailand.

Mineski’s season got off to a hot start, placing second just behind Team Liquid in the first event of the season. PGL Open, Bucharest was the second minor of the season and Mineski impressed everyone with a win there. In fact, both the times Mineski won were in finals against Chinese side, LGD.

The Calm after the Storm

But after an impressive start to the season, Mineski’s form began to decline. They were unable to qualify for the ESL Hamburg Major and had to drop out of the Dotapit League. This was followed by a disappointing 7th/8th place finish at the PW Masters. Things didn’t really improve here either as Mineski were absent from the next 4 events. They returned at ESL One Genting, only to be sent home by Na’Vi in the group stages.

At the next Starladder event, they lost once more to Liquid but this time in the semifinals. Next up were the Bucharest Major and the ESL One Katowice Major, but once again, Mineski found themselves unable to get out of the group stages. By now, the likes of VP, Secret and Team Liquid had already built up a sizeable points tally. While Mineski were still in the top 8, they didn’t look like a team that could pick up any more points. The 2 Majors were followed by the GESC Indonesia Minor and Dreamleague Season 9, both of which didn’t involve Mineski.

Kings of SEA, Champions of Asia

After a brief hiatus, Mineski restarted their campaign at the Dota 2 Asia Championship. A solid group stage was followed by an even more impressive winner bracket run to the grand finals. In the process, they took down, OpTic Gaming, Vici Gaming and LGD. In the grand finals, they met LGD once again this time, narrowly edging them out 3-2 to be crowned the champions. 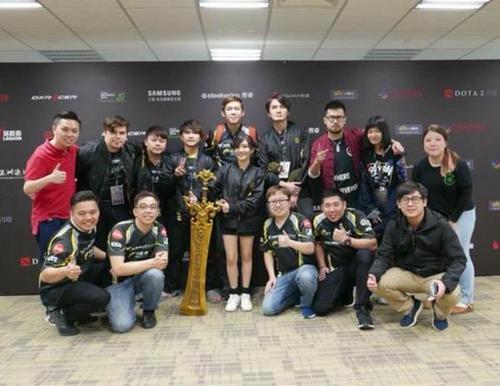 The win at DAC reignited the fire back into Mineski’s DPC campaign, virtually guaranteeing them an invite to TI8. However, it also brought upon them the attention of the other top teams which meant that their campaign was about to get significantly harder.

At EPICENTER, they fell in a bo1 to eventual DPC champions VP while at MDL Changsha it was losses against VG and Newbee that sent them home. At Birmingham, Mineski were on the receiving end of a shock result at the hands of Pain Gaming and finally at the Supermajor, it was again VG who knocked them out.

The win at DAC combined with wins at the PGL Open in Bucharest and the second place finish at Starladder Season 3 gave Mineski enough points to finish at a respectable 5th place. However, that necessarily doesn't make them better than the 6th-8th teams. Although impressive, they got slightly lucky at DAC as the unconventional format knocked out quite a few top EU and NA teams early on.

Let’s compare Mineski’s win rates versus Newbee, VG.J Thunder and Vici gaming, all of whom finished below Mineski in the DPC points table. Against Newbee, Mineski only won a single game while conceding 6. Against VG the record stands at 6-5 but the Chinese side still beat them twice in the recent tournaments, once at MDL Changsha and then at the Supermajor. Against VG.J Thunder the record is 3-3.  It’s pretty clear the Mineski aren’t well above these teams by any margin, if anything, then beat them once got figured out and have been losing to them since then. Even against the teams who placed above them, Mineski have a pretty paltry winrate. 0 wins against VP, 9 losses against Liquid and a 50% success rate against Secret is what they achieved.

While they were the best SEA team in the DPC, Mineski still have a long way to go if they are to be taken seriously. Their loss to Pain Gaming at Birmingham was a glimpse at how quickly things can fall apart for them as well. Consistency has definitely been an issue for most teams in the DPC season but more so for Mineski making their 5th place finish slightly more worrisome.

Both DK and Gyrocopter have been favourable picks for Mineski and while DK has a 67% winrate and Gyro a 64% winrate for them, the heroes, in conjunction with each other enjoy a whopping 75% winrate for Mineski. Across the DPC season, Mineski picked 103 different heroes, with Mushi and iceiceice playing 37 and 35 different ones respectively. However, comparatively, their midlaner, Mooon seems to have a limited hero pool having shown only 24 heroes across the season. Both Jabz and ninjaboogie have been solid throughout the season, adapting to the meta and doing their work quietly behind the scenes. One of the main reasons for many of Mineski’s losses is Moon or iceiceice’s failure to make space when playing that sort of a hero. Both players have had bad laning phases quite a few times and have rarely been able to recover. 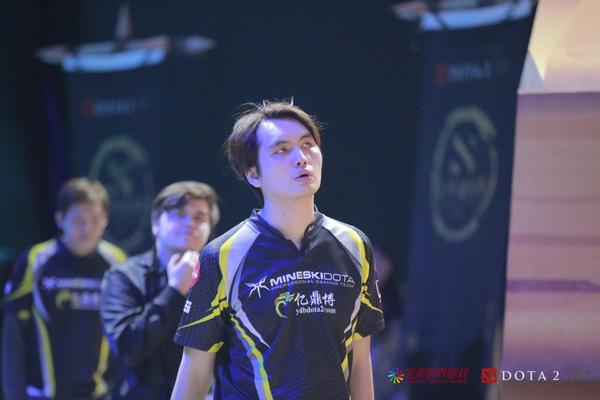 Their prospects at TI are neither too good nor too bad. Some of their performances, especially the 3-2 win over LGD at DAC makes them look capable of standing with the big boys. The win, however, took away the surprise, underdog factor away from them, which was a key element in their victory. Mineski have never been a team to outdraft and outplay their opponents but rather a team that looks to build upon the momentum and use the star players to strike fear into the enemy. A Mineski where iceiceice is frustrating the enemy safe lane, Moon is holding his ground in the mid lane and Mushi is farming away in the safe lane can be a scary prospect for most teams, but whether they actually can make all these elements come together and that too consistently, remains to be seen.