Earlier today, Valve announced the release of the Dota Pro Circuit, a companion app for Dota Plus users which enables real-time monitoring of the 2018-2019 DPC season from mobile devices. It is currently available on the iOS App Store and the Google Play Store for Dota Plus users only. 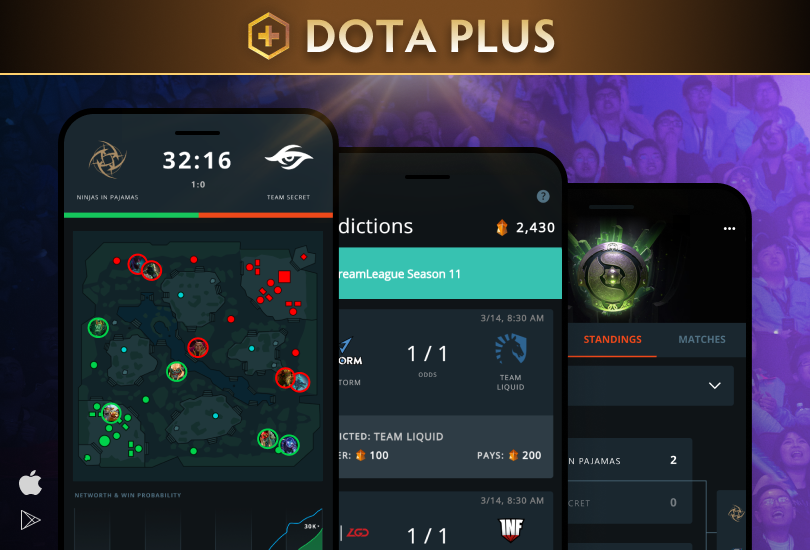 You can earn shards in the app: make predictions for matches and collect more Dota Plus Shards. Personalized news allowing you to keep track of your favourite players/teams is another key feature of this app.

A tournament feed detailing the teams competing at an event, Results, and Brackets will also be available for Dota Plus users. During matches, the application will display the picks and bans, real-time location of the heroes on a mini-map (similar to Trackdota.com), net worth/XP charts, win probabilities, and other statistics similar to the end game screen.

Dota Plus users can download the app from the iOS App Store or the Google Play Store and start making their predictions for the Dreamleague: Season 11 Major right now.