If you haven’t yet heard of Dota Auto Chess, you’ve either been living under a rock or haven’t been frequenting Dota 2. The sensational Dota 2 custom-game that is one of the fastest growing games of 2019, has been gripping the Dota 2 community and is driving plenty of collectable-card-game (CCG) enthusiasts from games like Hearthstone and Gwent to Dota 2’s Arcade Mode.

It has even grown popular amongst professional CS:GO players who use the game to warm up before heading out to play official matches or scrims.

This in contrast with Valve’s very own Dota 2 themed CCG, Artifact which hit an all-time low with a Peak Player count of 3,258 in January 2019, merely 3 months after the game was launched.

So what is Auto Chess?

Dota Auto Chess is an arcade/custom game in Dota 2. The custom game launched on January 4, 2019 and exploded in popularity in the Chinese community after popular, influential streamers played the game on Chinese streaming sites like Douyu, Panda.tv and HuoMao.

The game eventually became a massive hit amongst the Western Community, as well, with many popular streamers like Forsen and Amaz popularising Auto Chess amongst casual fans and drove many of their fans towards Dota 2.

Dota Auto Chess is a strategic, tactical masterpiece combining the elements of Tower Defence Games and Dota 2’s character models. Gameplay is based around economically drafting heroes, combining them to upgrade them, and then positioning them on an 8x8 Chess Board correctly to win victories over eight other players in a series of one-on-one matches. 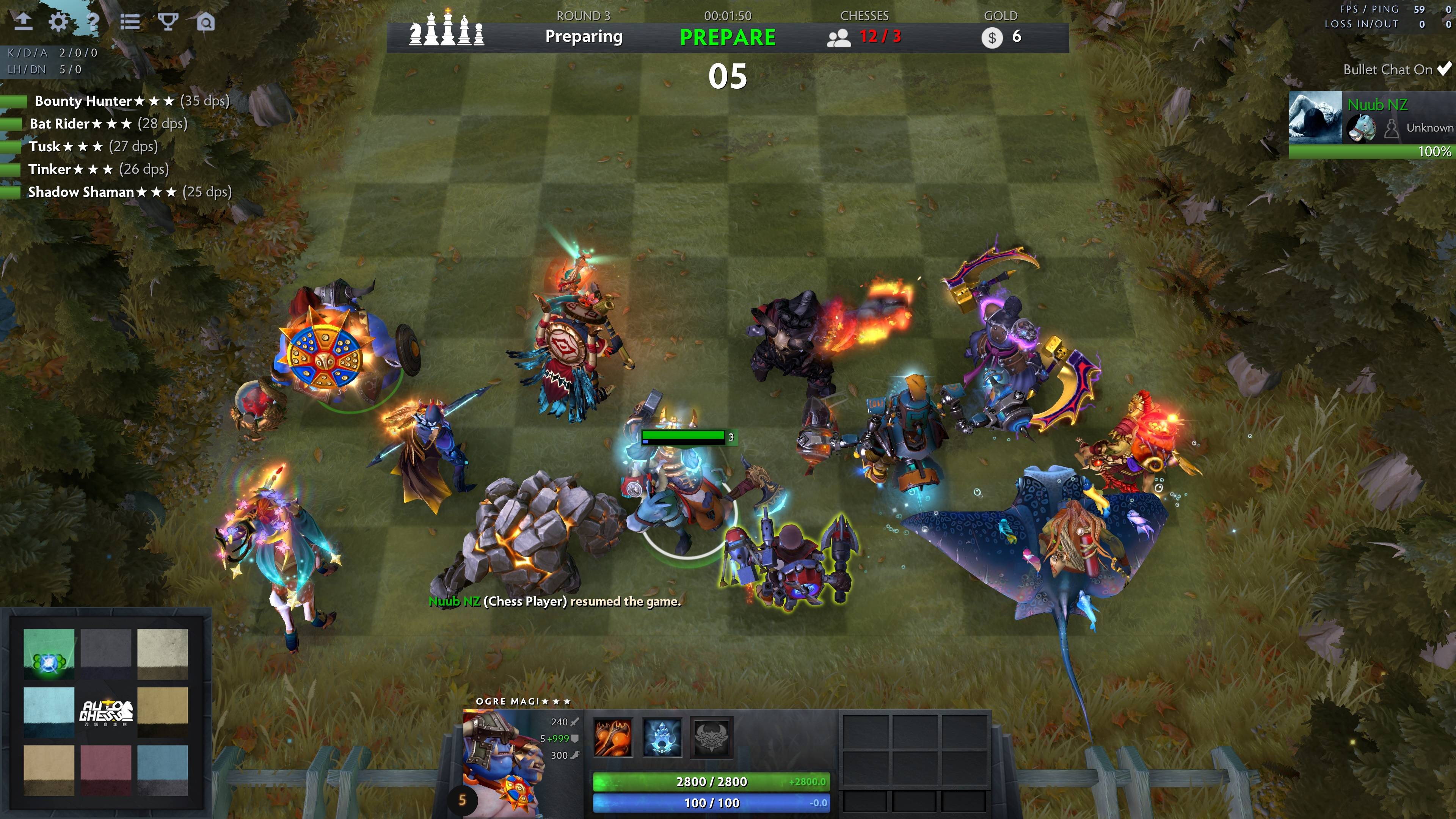 With more concurrent players than all but 3 games (PUBG, CS:GO and Dota 2) on Steam, the game is all set to become the breakout game of the year. Since the game is based out of the Arcade Mode in Dota 2, it is completely Free-to-Play.

The game has also helped Dota 2 achieve a Peak-Player count of 927,664 in February 2019, Dota 2’s highest since March 2017. If this trend continues Dota 2 might breach the 1 Million Peak Player count in the upcoming days.

The success of a mod like Dota Auto Chess is reminiscent of the success that Dota: All-Stars enjoyed in Warcraft 3. That Mod grew bit-by-bit to ultimately become one of the most popular video-games in the world. Perhaps, Auto Chess will follow along Dota 2’s footsteps and eventually eclipse it. Or perhaps the game might end up being a fad. Only time will tell.

But until such a moment arrives, let’s continue to enjoy the amazing game that is Dota Auto-Chess.