With the release and rising popularity of Battle-Royale games like Fortnite and PUBG, Dota 2 and other traditional esports like CS:GO and League of Legends had dropped a few ranks on the Twitch viewership table.

This combined with the drop in number of active players caused people to bring out the familiar chants of “Daed Gaem” in many forums. While that may be true for the actual playerbase, Twitch viewership statistics show that Dota 2 is still standing strong in terms of esports viewership.

Newzoo (a market intelligence company covering the global games, esports, and mobile markets) has a tool on its website which can be used to track viewership of different games on Twitch. Using this tool, users can see the number of hours consumed per game filtered on either "esports hours" or "total hours". While "total hours" simply tracks the viewing numbers over all streams, "esports hours" focus on channels devoted to esports content.

Dota 2 has been at the top of esports viewership for the last three months. 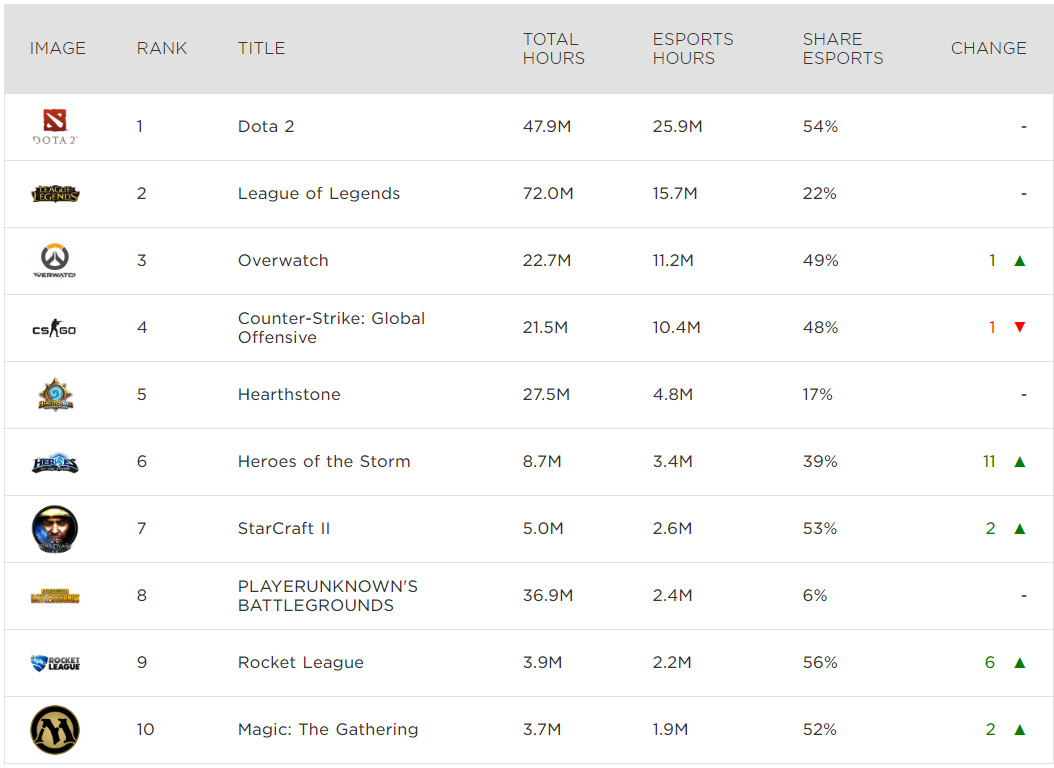 While the relevance of these stats can be discussed they do tell a clear story: the Dota 2 esports fanbase is very much alive and kicking. While there have been signs of decline in the player base, the esports aspect of it is still going strong. This is reinforced by The International 8's steadily burgeoning prize pool which currently stands at $19.75 mn.

That being said, it is very doubtful that Dota 2 will get a fourth consecutive month at the top of these rankings with July coming up. There aren’t really any big tournaments (unless you count The Summit 9) to help kick up the viewership numbers and maintain Dota 2’s place as the most viewed esport.

But it'd be a massive surprise if it doesn't maintain its place at the top in August with The International 8 rolling right around the corner.