Some incredibly important games took place in the final set of Group B with teams pulling out the big guns to stay alive in the competition. Here's how things went down.


Pain Gaming became the first team to be eliminated from TI8 after a 2-0 loss against Serenity. The matchup was extremely important for both teams as a win would mean one more life in the tournament, a loss would lead to elimination and a tie would force tiebreakers. In game 1, XinQ’s Void carried his team on his back helped by Huskar and PL as a poor early game from w33 made it extremely difficult for Pain to engage. All 3 of their cores lacked damage and were unable to take bring down the Serenity cores. It took Pain 32 minutes before they released that they didn’t have the tools to deal with Serenity and called the gg.

In game 2, it was evident that Pain were feeling the pressure as w33 lost the midlane quite heavily as did their other cores. With nothing going for them, Pain were put into a bad position having to take to take really awkward fights for which they were punished. Serenity had blood in their sights and walked all over Pain who fell further and further behind, eventually calling the gg by 26 minutes. It’s the end of the road for the Brazilian team who showed some good Dota but didn’t have enough in the gas tank to make it to the playoffs.


VP vs VGJ.Storm - VP remind Storm who the better team are


VP and VGJ.Storm clashed to prove their dominance over each other in Group B. While Storm’s terrific performance had already allowed them pole position in the group, VP set out to prove that they still were the most feared team at Vancouver. In game 1, both sides were happy to clash and trade farm but Yawar’s Necrophos fell behind due to the nature of his hero. Ramzes’s Ursa was able to cause havoc in teamfights while 9Pasha’s Doom also made approaching the fights hard for Storm. As a result, Sneyking wasn’t able to have the impact he would have wanted on Enigma and VP took the win.

In game 2, we saw an unusual mid matchup between Resolution’s Arc Warden and No[o]ne’s Gyrocopter but this time 9Pasha’s Tiny had all the impact in the world as he took over teamfights with clean initiations as well as pickoffs. Storm lacked the control to deal with Ramzes and Gyrocopter and got run over once BKB’s were up as they lost their first series of the tournament. 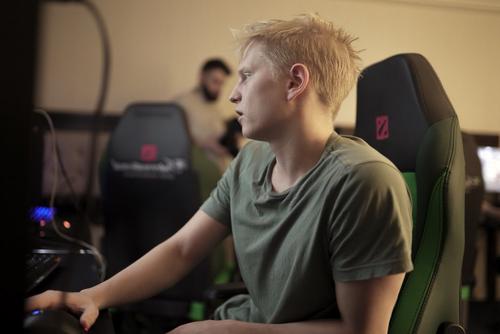 OpTic Gaming showed up on day 4 to take their second win of the day as they have now put themselves in a position to even qualify for the upper brackets with a dominant performance over Vici Gaming. Both games were played out in the same manner, as OpTic won their lanes and roamed the map effectively to find pickoffs. VG’s decision to pick up farm heavy cores meant that they had to play the farm game, allowing Optic to catch them out multiple times and extend their lead. It was a mixed day for VG who started the day with a win over VP but then lost the plot against Optic and will now start in the lower brackets.


A draw would have guaranteed Secret an upper bracket spot but Newbee pulled out 2 cheese strats to deny Secret any hope. In game 1, Newbee picked up a position 4 Ursa for Kaka and went for a cheeky level 1 Rosh that allowed them to win the laning phase and get farm on all their heroes. Ace’s Clinkz tried his best to keep Secret in the game but when he was down, Newbee simply walked all over Secret. With too many eggs in one basket, Secret tried their best to rat and hold but it wasn’t enough as Newbee punished them for it.

In game 2 Newbee, went all in on a push strat and while Secret had the right idea in trying to go for the late game, their execution was subpar and Newbee were able to brute force the lanes time and again. With Visage, Enigma and Mirana, Newbee were able to disengage safely when the Spectre Haunt came out and had the sustain to slow siege. In the end, Enigma showed up with 3 Blackholes and a buyback as Secret ran out of gas and failed to win a crucial encounter.

This now means that Secret, Optic and Newbee will play out a 3 way tie to decide the two upper bracket and 1 lower bracket spots.