19o, Aug, 2018
*cover image source: Red bull
Day 4 kicks off with the first set of matches where no series is a tie. And decisive results are required in Group B to help decide things. Here's how things panned out.

Team Secret took an important step towards the coveted top 4 finish, taking a clean 2-0 over TNC. Yapzor’s heroics on Dark Willow in both games across both games was the differentiating factor as Secret swept TNC aside with relative ease. Midone’s Arc Warden was an effective counter against the Enchantress and Drow with the Magnetic field negating a lot of the right click damage. As a result, Fata and Ace helped by Bloodlust from Puppey were able to focus on the squishy cores as Secret forced the gg at around the 43-minute mark.

In game 2, Yapzor was once again involved in securing Secret’s early and mid game on the Willow, by setting up kills for Midone. None of TNC’s cores including their Broodmother got a dream start as Secret took good fights with the help of Global Silence. Armel’s WK had a hard game, being unable to jump Secret and dying every time he was involved in a fight. TNC began to make increasingly desperate plays and started falling more and more behind till by 38 minutes they had lost 2 lanes of barracks and had to call the gg.

The loss takes away any hope TNC had for playing in the upper brackets and the SEA team will have to dig deep to make a good run from the lower bracket.


Serenity vs VGJ.Storm - Top spot secured for a dominant Storm


VGJ Storm laid rest to any rumours that their dominant form in the first 3 days of the group stages was just a one-off with a brutal performance against Serenity. The NA side have impressed everyone with their Dota and they deservedly took the top spot in Group B and now have the luxury of choosing their opponent. Everything from their draft to their execution was methodical, risk-free and showed all the signs of a championship winning side as Resolution and Yawar both dominated the series for them. Both drafts heavily involved physical damage and the ability to take towers early and a cold Storm blew over Serenity over the series as they seemed to play against VGJ’s tempo and timings.

Game One: VG managed to score the first blood against Ramzes’ Broodmother, which allowed Ori to put pressure on the CIS carry in the laning stage stalling Brood’s momentum. With all the cores on VG getting decent farm heading into the mid game, VP stood no chance in team fights. So they were forced to play safe, but VG seemed to be one step ahead at every turn. With no vision or map control, VP had no choice but to let VG take objectives without any response. A strong hold from VP only delayed the inevitable. VG, with an explosive team fight, wiped VP and took the throne, winning game one after a dominant performance.

Game Two: A few quick skirmishes around the map in the early game left VG with the short end of the stick. Even though their lead was small, VP was able to expand it in order to gain dominance in Game 2. VP had complete control over the map to farm up a massive advantage. At this point, VG was forced to wait for VP to make a mistake. No[o]ne, however, was just too farmed for the VG squad, as he absorbed everything they threw at him and led VP to victory.

paiN Gaming vs OpTic Gaming - PPD has the last laugh

Game one: Right off the bat, CCNC secured a first blood on W33 as he overstepped his presence in the Mid lane. With this small lead, CCNC on his Storm Spirit was able to apply enough pressure to win the mid game after securing multiple objectives. With several towers gone, OpTic were able to use their gold advantage to gain a significant lead heading in to the late game. Now, with Storm Spirit and Pajkatt’s 19/2/11 Weaver fed and paiN with nowhere to go, OpTic made quick work of paiN in their base to ultimately take down the throne and win game one. 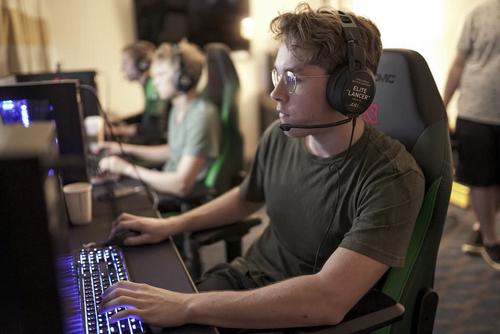 Game two: After failing a gank attempt in the top lane and giving up two kills, OpTic made huge plays in the bot lane and secured four kills. With this wealth spread across the team, OpTic found multiple kills around the map. 33 on his Nature’s Prophet was indisputably the MVP of the game for OpTic as his rotations were crucial for OpTic securing themselves a massive lead. Despite paiN being able to kill OpTic’s carries multiple times, they couldn’t take any objectives after their kills thanks to 33’s Splitpush. It only took one won fight to let OpTic make clean work of OpTic’s Barracks to win the series.