The CS:GO developers announced a new update yesterday which sees a lot of changes being implemented to the Danger Zone.

A whole new map has been added to the Danger Zone called Sirocco. This map is a lot different to Blacksite, it brings with it a new challenge as players now have a chance to approach the battle royale inspired game mode with new strategies.

The map is a good combination of open landscapes and closed down areas with intricate underground passages to add an extra layer of excitement.

The developers have surely tried to shake up the game mode by introducing a lot of new features like ’Starting Perks’, ‘Respawn’, ‘New Items & Upgrades’ and a few additional things that the community had been asking for.

This is a new feature that has been added to the game which allows a player to select a special skill before the start of every match. Various perks are available to suit the need of different types of players.

Following perks are available at the start of every match,

There seems to be quite a lot of perks to choose from, supporting different playstyles and encouraging new strategies. Out of the 11 available perks only 4 are unlocked at the moment, the remaining 7 will be coming out soon in future updates.

Exo Jump enables a player to reach hard to access areas by leaping over walls and such, enabling them to cover the map at higher speeds.

Parachute is a device which can be used by players to safely jump down from high areas and building.

Health Shot is basically an injection that will instantly heal a large amount of the injured player's health.

Shield is similar to the Ballistic Shield that was widely used during CounterStrike-1.6. It is exactly the same as it was before, you can walk around with the shield protecting you and minimising all incoming damage. But the downside is that a player cannot use his weapons while the shield is deployed. 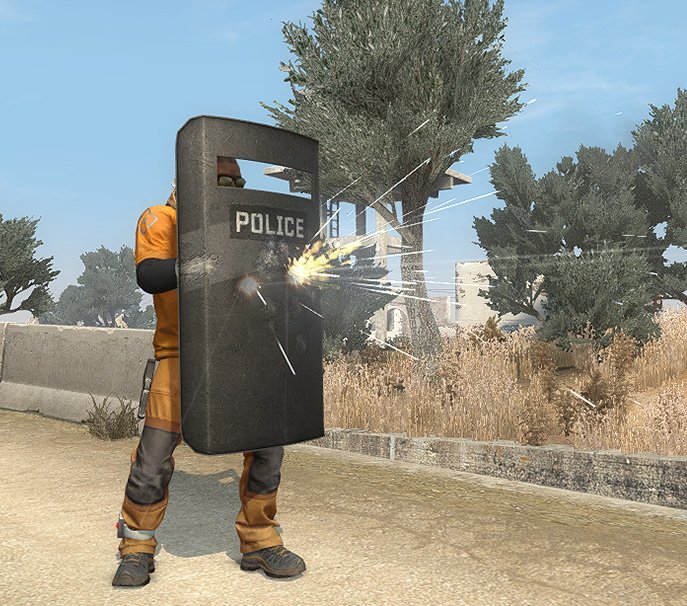 Bonus Explore $ is a perk in which the player equipped with it will gain extra cash for exploring every new hex over the course of the map. This, in turn, will help the player buy more items and ammo while saving up for some big buy.

Bonus Wave $ is a perk where a player equipped with it will earn bonus cash whenever a bomb wave passes over the map.

This new feature allows a teammate to respawn anywhere on the map till his squad survives. It is up to the dead player to choose whether he wants to go back to the point where he was killed or spawn someplace far from it.

A new item called Bump Mine has been added to the game. These can be placed anywhere on the ground to literally toss yourselves or your opponents away. If anyone steps over these mines they will be sent flying high across some distance and take damage upon landing. But a safe landing can be ensured if a player is equipped with a parachute.

It is easier to locate large weapon crates with precision all thanks to the newly upgraded tablets.

Weapons that a player now finds have much more base ammo enabling the players to spend more time hunting rather than scavenging to build up an inventory.

Blacksite is not available for some time in official matchmaking.

Your teammate will now appear wearing a blue uniform so you can easily locate them in the heat of the battle.

A new player pinging system has been added which can be checked by the putting in the command “player_ping” in the console.

A radial weapon selection menu has been added to allow quick selection of your weapons and items. (command “+quickinv”)

We’ve shipped a small update to revert changes made to movement speed and resulting crouch accuracy.

Yet again CS:GO has laid back and observed how the other battle royales have evolved over the course of the last few months. They have picked up certain things from a few of them and tried to put it together to give their player base something new to work with.

The new map Sirocco looks great and brings with it scope for new strategies which can be enhanced by selecting compatible starting perks. A few new items have been added while the game has shifted focus from ‘scavenging-a-lot’ to ‘hunt-them-down’.

Need to play a few more games to get a hang of it but for now, it feels different and exciting. Let’s see how these changes turn out to be in the coming days.