The Asian Development League has now come to an end of its third week and is on the brink of moving on with the last week of the round robin matches, following which the top four teams on the points table will be moving on to the Playoffs to play in a BO3, double elimination bracket.

This is all the action that took place in the last 4 days (9th-12th November) of the league: 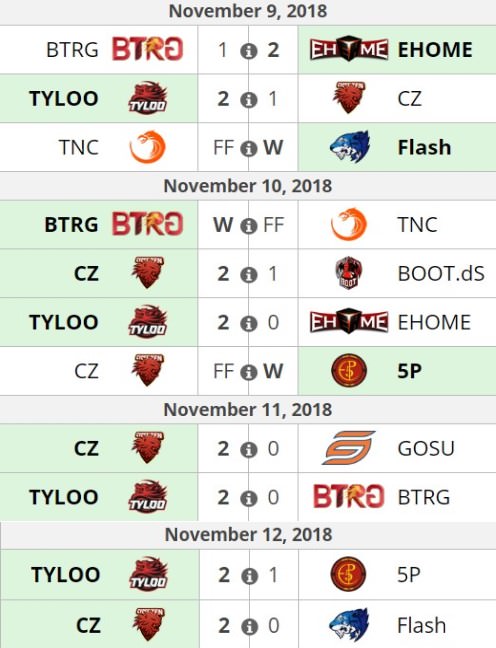 BTRG continued losing its matches with two more defeats added to their tally, going down to Ehome and Tyloo. They found a consolation victory against TNC, who forfeited their match as they were busy with the IeSF World Championship 2018.

BTRG who are last on the points table as surely knocked out of the main event with the last week still remaining to be played out.

Still In The Race

Tyloo, on the other hand, raced ahead to the top of the points table with four consecutive wins against BTRG,  CyberZen, Ehome and 5Power. Tyloo who played the opening game of the Round Robin Stage took a long break and came back in the third week to continue their journey within the league.

Tyloo still has a chance to qualify onto the Playoffs with two more matches remaining to be played out against Beyond Esports and Scarz Absolute on 14th November.

Through To The Playoffs

CyberZen had a busy schedule for the past four days as they played a total of five matches winning three out of them. Facing their first loss in the Round Robin Stage against Tyloo, they also forfeited a game against 5Power.

CyberZen who was always at the very top of the points table did not let the setback throw them off their form and came back to take three consecutive wins against B.O.O.T-d[S], GOSU & Flash that made them the first team to qualify on to the Playoffs.

The points table of the Asian Development League on 12th November is as follows: 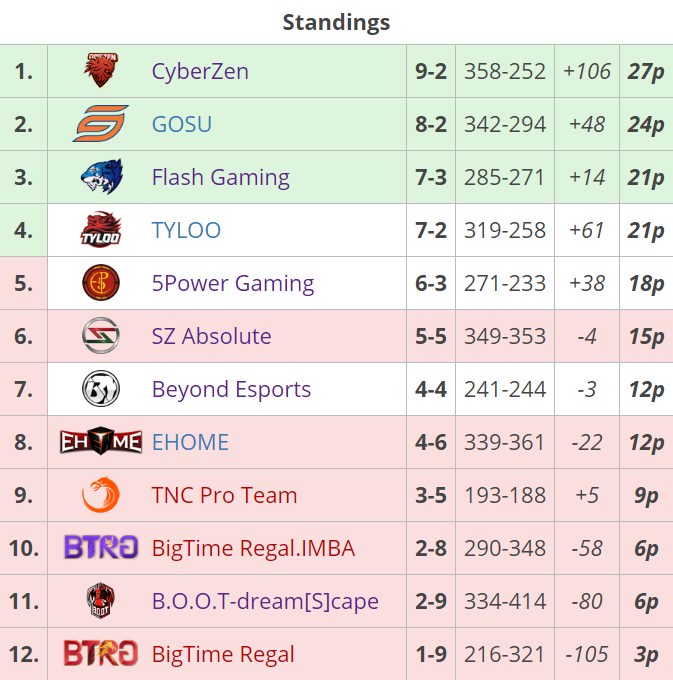