Crash of the Titans

10th, Aug, 2016
The main event at TI6 kicked off yesterday and already 4 big names have dropped out of the 20 million dollar tournament. The event started off with an opening speech by Valve co founder Gabe Newell and by the looks of it there should be plenty of surprises and exciting plethora of announcements coming our way. A performance by American violinist, musician and YouTube star Lindsey Stirling followed and she mesmerized the audience with some a magical performance. The main event setup was as usual a whole new level of awesome with augmented reality incorporated in front of the player booths. With the witty and suave Paul “Redeye” Chaloner leading the desk and proceedings it was always going to be an entertaining affair. In terms of personalities this times panel included the likes of the insanely savage Charlie Yang, ex manager of EG and British Dota 2 content creator Pyrion Flax. Purge was also there in all his glory handling a new replay analysis feature made by the guys at Valve. And as usual the hype and usual goofiness was brought by the two lovely interviewers Kaci and SirActionSlacks.

Eastern Promises
With over 8 million dollar in prizemoney for the winners, no game would be easy and we kicked off with a one of the most highly anticipated series between OG and MVP Phoenix. The 2 time Major champion were off to a shaky start in game 1 a MVP’s 5 melee lineup ran them down and with QO’s mid PA nearly one shotting enemy cores. OG came back in game 2 with a pocket hero pick, OD for Miracle but ultimately lost out in game 3, again to MVP’s PA pick. A major upset for the boys in green who are the hot favorites to take the whole thing.
The second match of the day was taken by Wings and while Digital Chaos managed to take a game off them, it seemed more of an experimental draft from the Chinese side who had picked up the Pudge as well as Techies. We then headed to the dreaded bo1 round 1 knock outs of the lower bracket and with almost 200,000$ being the difference in money earned, no side were going to go down without a fight. 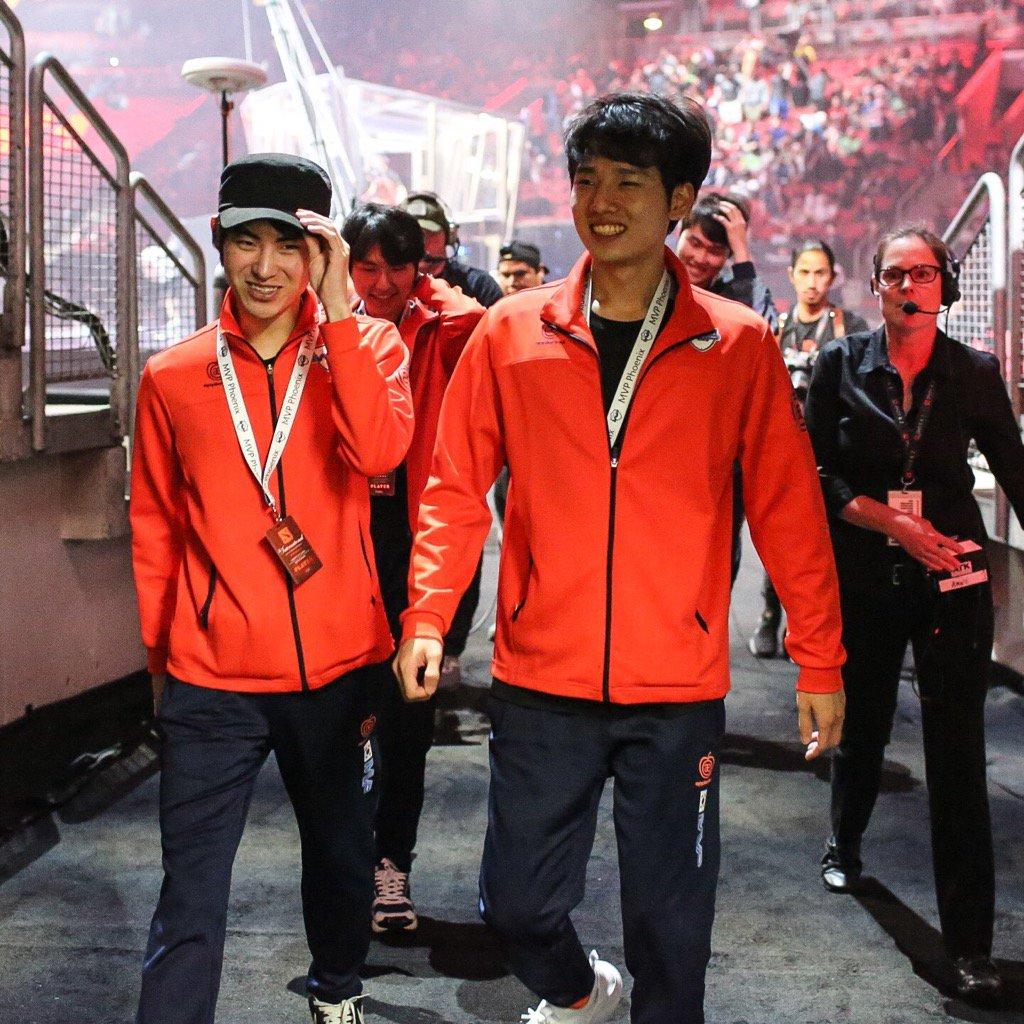 MVP is all smiles after sending OG down to the Lower Bracket
First up were SEA side TNC who had surprised many with their run in the group stage, narrowly missing out on the UB qualification. They continued their fine form with a win over former finalist “fy’s” team Vici Gaming Reborn. Up next was the highly exciting match between two of the greatest captains Dota 2 has to offer, Secret’s Puppey and LGD’s Xiao8. Much was expected from both teams after their star studded lineups fell flat in the group stages but it was the Chinese side who came out on top in the late game with Aggresif’s Ember outdoing the Secret lineup. A major shock for the Shanghai major champions, Team Secret who have one of if not the most star studded lineups of the current times.

Fnatic have always been a fringe team and it was their time to shine as they knocked out Escape Gaming in a quick 26 minute decimation. The “Synderella” story is over for the wildcard runners up as they end up in the bottom 4 of TI6. Last up was again one of the most anticipated matchups between fan favorites Natus Vincere and Manila Major finalists Team Liquid. Many expected the bo1 format to favor the unpredictable CIS side but it wasn’t to be the case as Liquid knocked them out with a systematic and well thought out approach. Matumbaman’s Naga Siren resetting the teamfights every time Navi engaged to give hi side the upper hand.
Teams from the ‘East’ definitely came out on top on day 1 with MVP Phoenix, Wings, LGD and Fnatic all registering wins over their ‘Western’ counterparts. Fan favorites and top dogs Secret finish bottom 4 in TI6 as the RTZ curse continues to haunt them. Navi’s resurgence over the last year was eagerly followed by many but they too failed to live up to the expectations, finishing in joint last place with Secret, VG.R and Escape Gaming. 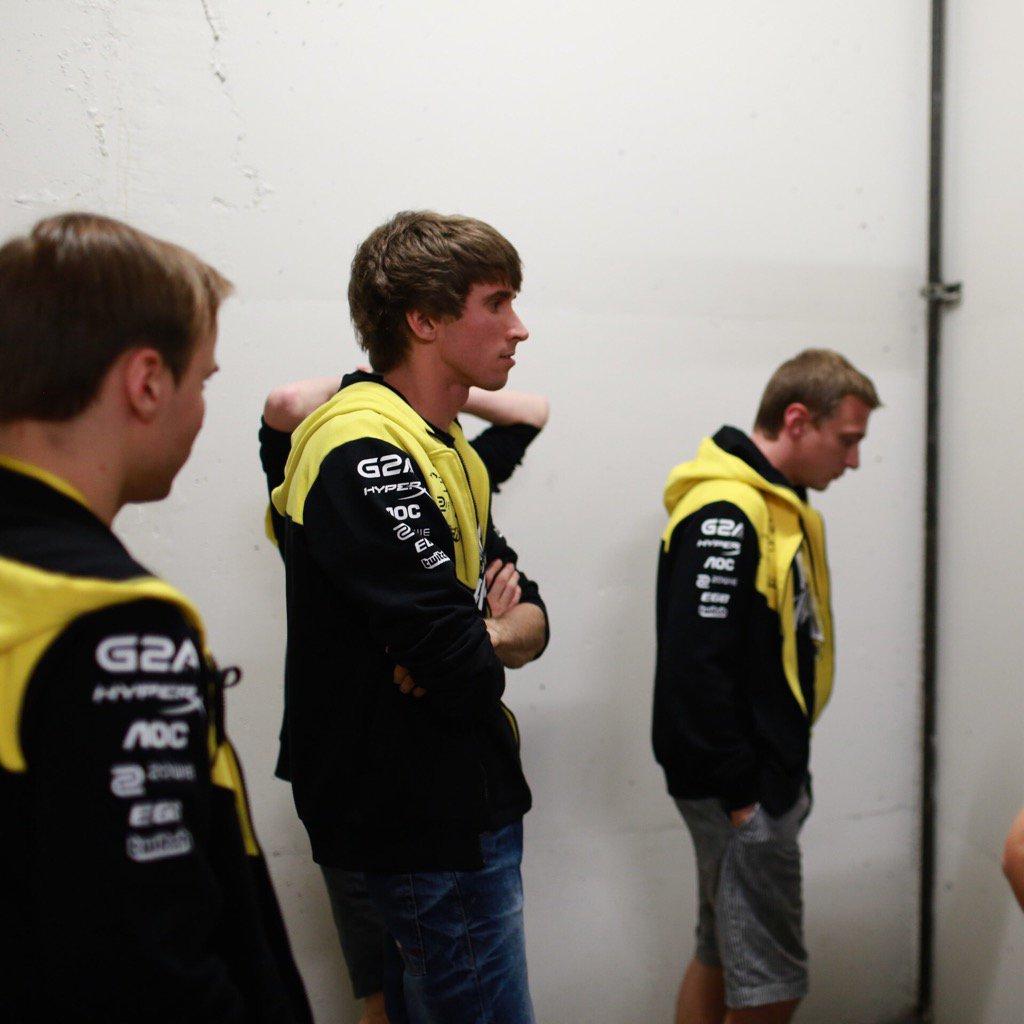 It's the end of the road for this Dendi and his team
Day 2 promises to be as exciting as day 1 and with defending champions Evil Geniuses, set to play out their UB match against Newbee, it certainly is going to be. Elsewhere we also have the Swedish boys, Alliance up against Ehome, who are looking to pull off a CDEC like last year. On the chopping block are, Miracle and OG as they will be looking bounce back against TNC. Director8 will also be looking to extend their run in the LB as they face up against Digital Chaos. Will TNC pull off the upset of the century? Will LGD get w33poed and crash out of the tournament?
About UsContact UsServicesRSS
DisclaimerAdvertise With UsArchiveEditorial Team