Compendium predictions in jeopardy as PSG.LGD drop VP to the lower bracket

The second upper bracket game of the day was perhaps one of the most anticipated ones for this TI as DPC Champions VP went up against the best Chinese team in the event PSG.LGD. However unlike many expected, VP didn’t end up steamrolling LGD as a masterclass from fy dropped down the tournament favorites to the lower bracket. An emphatic 2-0 at the hands of LGD now puts VP in an awkward place wherein they have to really grind it out from the lower brackets and can’t afford a single mistake if they are to live up to the hopes of their fans.


In game 1, VP started off well despite a mediocre laning phase executing fights really well in typical VP fashion. PSG found themselves on the backfoot as 9Pasha’s Blackholes caught themselves off-guard in the mid game team fights and they used their auras and summoned units to push down objectives. Maybe on the Storm Spirit was the saving grace for PSG as he found solo kills and kept VP at bay. A smart Aghs pickup on Drow allowed LGD to finally take good team fights as he mowed down the Visage familiars and supporting units and it took just one whiffed Blackhole from 9pasha for PSG to tear through VP’s base and claim the win. VP had the right game plan but lacked in execution allowing PSG to make a comeback and take the win. 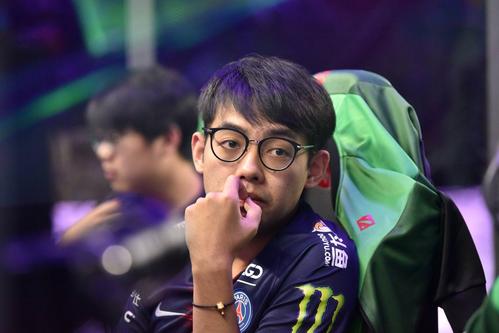 
PSG.LGD’s captain fy took over the early game for his team, as he was pressured all over the map on his Tuskar and effectively secured all 3 lanes for his team. With successful ganks in all 3 lanes and in the enemy jungle, fy slowed down all of VP’s cores, especially affecting No[o]ne’s Alchemist. VP never really got the gold lead going despite the Alchemist pick and even 9Pasha’s Mirana had to go for a defensive build which affected their ability to fight. Meanwhile, Ame’s Terrorblade ramped up in farm as LGD used their first Aegis to increase their lead and take away all of VP’s map control. Soon, VP were trapped in their base but still LGD never forced the issue. Another Aegis went their way as the lead kept increasing but eventually they found an opening as Solo came out for a deward and was caught out. VP were caught and punished as they arrived one by one and LGD made no mistake in closing out the game. 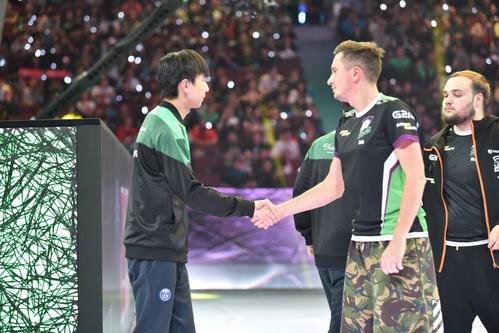 According to TI tradition, this year's TI is supposed to be won by a Chinese team and PSG.LGD have laid a strong foundation to that claim. For DPC champions, VP it’s going to be a long and hard journey if they are to top off their already successful campaign with the ultimate prize but they find themselves in the lower bracket even earlier than last year which means that the pressure will definitely be higher than ever before.