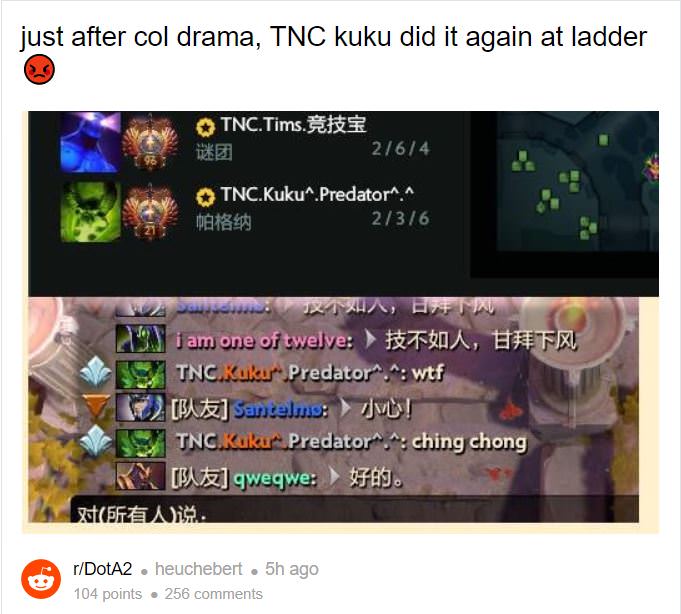 Following these comments, Director of Events & Business Development at MarsMedia - Dimitri “GodBlessMali” Vallette tweeted that “A Chinese team” will no longer scrim against “a team from Southeast Asia” after one of the players used the derogatory term “Ching Chong” in a Pub game.

A Chinese team will no longer practice with a team from Southeast Asia after one of the players from the SEA used the word “Ching Chong” in a SEA pub.

This honestly has to stop... the “I say racist things” followed by “I’m sorry” and “everything is good now” needs to stop.


He also added that the activity of using racist terms and then later apologising needed to stop.

At the time of writing this, Carlo "Kuku" Palad and the TNC organization are yet to make a statement regarding this issue.

Update: Our readers have pointed out that Kuku has already made an apology on his personal Facebook account.