Team Liquid finally won the first major of their careers as the defending TI champions won the last DPC event before TI8. Their campaign to become the first team to win a TI twice seems to be on track as Kuroky and co have been the only team who have managed to sustain their form for an entire year after winning TI7.

Virtus.pro narrowly missed out on their 6th DPC title of the season but still comfortably finished on top of the leaderboards. Many of their games had traces of experimental styles and drafts in them which is quite uncommon to see in a 1.5 million dollar tournament unless you have a larger picture in mind. The grand finals went to 5 games before TL won the tournament and the showdown between the two best teams in the world was a treat to watch.

Team Liquid went for an all too familiar lineup featuring a position 1 Visage and Miracle on the TA in the mid lane. No[o]ne’s Invoker pick allowed Liquid to put immense pressure on the lanes and start taking objectives with the Visage familiars and the Jakiro. By 21 minutes, both of Liquid’s cores were up and running and ready to fight while VP were still playing catch-up. Despite a teamfight going VP’s way, Liquid just stuck together as a 5 man group takin objectives and map control and eventually the game 41 minutes.

No[o]ne’s Bloodseeker ties up the series

In game 2, VP struck back as  Liquid’s draft fell apart relatively early on. Much of the game was VP chasing down TL and getting kills, and the TL heroes looked so bad when playing from behind that it was hard to see any hope for them No[o]ne’s Bloodseeker absolutely dominated the midlane, transitioning into an unkillable beast and VP ran away with the game using a strategy that they had perfected across the season - dominate the lanes and force the win. 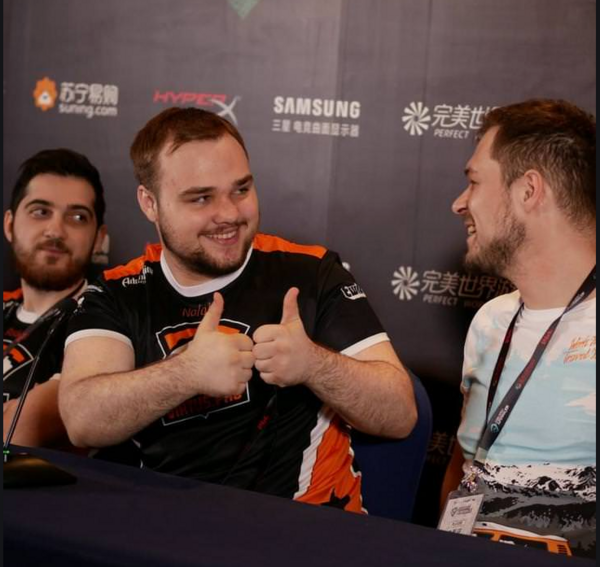 Liquid bring out the cheese

In game 3, TL brought out a cheese strat involving 4 ranged heroes including a Drow Ranger and proceeded to dominate the lanes and build up a networth advantage with quick objectives and VP weren’t ready to fight that early. They fell further and further behind and although they had a Morphling to back them up, Liquid just took objectives way to fast and did way too much physical damage for VP to be able to hold on.

VP bring out the big guns

The 4th game was the biggest stomp of the series, with VP absolutely mauling Liquid into submission. Not only did all 3 of their cores finish without a death to their name, but the 23-minute gg forced out by VP showed just why the CIS team was considered the best in the world. Ramzes’s Slark snowballed out of control after an 11-minute Shadowblade finding kill after kill after kill deep into enemy territory. The DP pick ensured that they converted pickoffs into advantages and their Pangolier ensured that VP had a frontliner who could zone out the entire enemy team as Slark and DP went to work. Miracle’s Tinker could barely get anything done and Team Liquid were forced to call the game pretty early on.

In the final game of the series, Liquid went back to their TA+Visage pick that they used in game 1, but VP’s decision to put Ramzes in the hard lane against Matumbaman seemed to give the edge to VP in the laning phase. Once again, despite a mediocre laning phase, TL came online much faster than VP, being able to group up and go for objectives and teamfights that gave them map control. On paper, it looked as if VP had the tools to hold the high ground, but their supports fell while defending without being able to do many thanks to Miracle’s TA. With not enough heroes to defend the highground, VP saw their base crumble before their eyes and called the gg at around the 34-minute mark.


Supermajor champions ! Thanks for the support and love everyone . Still trying to win a major btw

Liquid took the series 3-2 in an epic grand final where both teams showed their strengths. The fact that it was the two top DPC teams playing the event, made it even more special. Their performances across the season and at the Supermajor makes both the teams favourites to win TI8.