Changes to loss bonus along with additions to Danger Zone in the new CS:GO Update

The recent CS:GO update is surely going to change things up a bit again as the most stand out change was that ‘The loss bonus now caps at 5 rounds’.

Release Notes for today are up! Loss bonus now caps at 5 rounds, new Danger Zone items have been unlocked, a "looking to play" feature has been added, and a "CS:GO events" feature with @HLTVorg schedule info has been added to the WATCH tab. Full notes: https://t.co/DCMg50ntf6 pic.twitter.com/mDYQpU791I

What this means is that loss bonus money will now always step down to $2900 after a team with a $3400 max loss streak wins a round. To know more about how this is different from the previous economy system check out the following video,

Some other changes introduced in the update were, 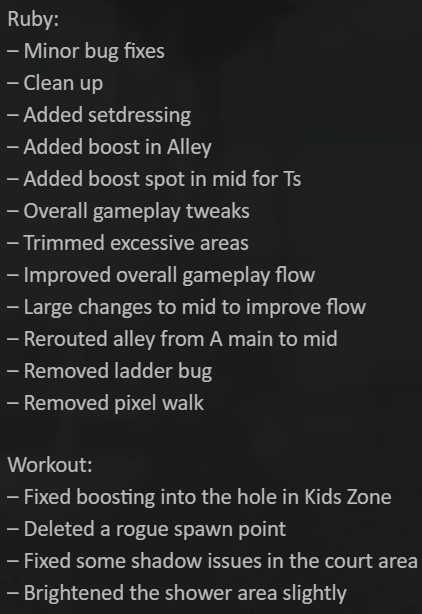