The second online qualifier for the Oceania Region for IEM Katowice 2019 came to a conclusion yesterday with Breakaway Esports and Trident Esports making their way onto the Closed Qualifier.

The qualifier was hosted on ESEA with 26 teams participating in it. These teams underwent a BO1, single elimination format until the finals which was a BO3 series.

This is how the qualifier unfolded: 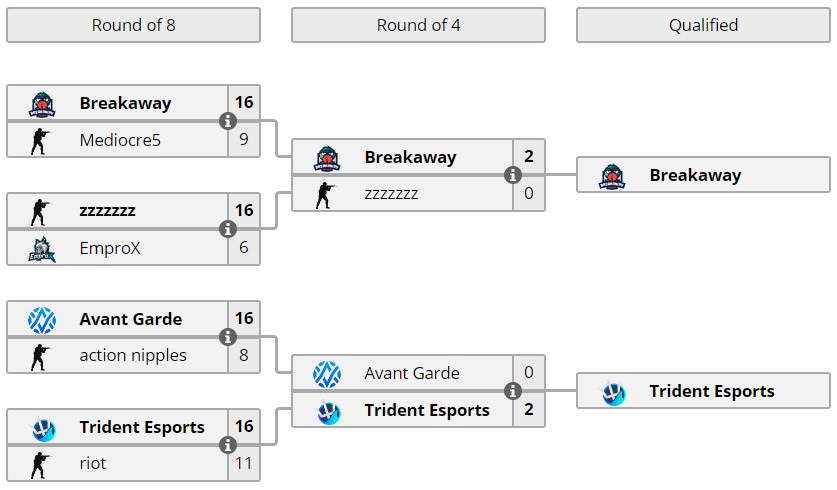 Breakaway Esports defeated Med5 in the Round of 8 match-up on Mirage with a score of ‘16-9’. Moving on to the Round of 4.

Breakaway won two consecutive matches in the BO3 series against their Round of 4 adversaries quite comfortably. Both the matches were single sided affairs, first on Overpass and then on Mirage with scores of ‘16-5’ and ‘16-4’, respectively.

We're excited to duke it out against the best teams in the region for our chance to head to Poland.

With the qualifier just around the corner, we'll keep everyone updated on how we're coming along.#BES pic.twitter.com/6UTvDEnMFx

Trident Esports also had a comfortable run through the qualifiers taking down their Round of 8 opponents on Cache with a score of ‘16-11’ after which they fought through a tough Round of 4 match-up against Avant Garde.

Trident took down Avant after winning two hard-fought matches on Cache and Inferno with scores of ‘16-13’ and ‘16-14’. 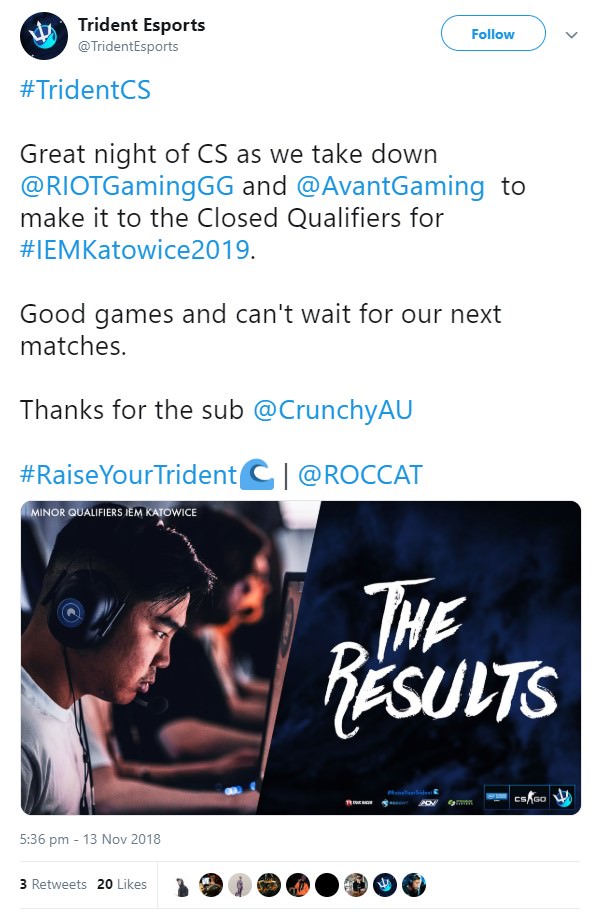 Both Breakaway Esports and Trident Esports have qualified through the Online Qualifier and will be moving on to play in the IEM Katowice 2019 – Oceania Closed Qualifier.