B.O.O.T-d[S] & Signature make it to the finals of ESL Pro League 8-Sea Qualifier

After the Upper Bracket-Quarterfinals for ESL Pro League Season 8-SEA Qualifier took place on 5th October, today witnessed the continuation of the qualifier with the Lower Bracket-Round 1 matches being played out along with the Upper Bracket-Semifinals.

B.O.O.T-d[S] defeated Lucid Dream in a straight series, winning the two matches on Mirage and Nuke with scores of ‘16-8’ & ‘16-6’, respectively. B.O.O.T-d[S] made easy work of their opponents without much trouble and moved onto the UB-Finals whereas Lucid Dream dropped down to the LB.

FrostFire lost to Signature Gaming ‘2-0’ and dropped down to the LB while Signature moved on to the UB-Finals. The two faced-off on Inferno in their first match-up, where FrostFire took a single-sided beating losing the game with a score of ‘16-3’. In the second game, the two teams fought on even ground with the match going into overtime but a few last-minute clutches ensured that Signature took the game with a score of ‘19-16’.

Recca Esports took down Executioners ‘2-0’ in two straight matches played on Mirage and Nuke. Both the matches were won fairly easily by Recca without XcN posing as much of a threat in any of the matches. With this win, Recca moves on to face-off against the Malaysian powerhouse, FrostFire.

In the other LB match, TNC Pro Team went up against Beyond Esports. TNC lost both their opening matches, which were played on Overpass and Cache. Both the matches were fairly competitive with Beyond coming out on top towards the last few rounds, winning crucial clutch rounds and holding onto their lead. TNC is eliminated from the event as Beyond move on to face Lucid Dream in Lower Bracket-Round 2.

This is how the bracket looks at the moment: 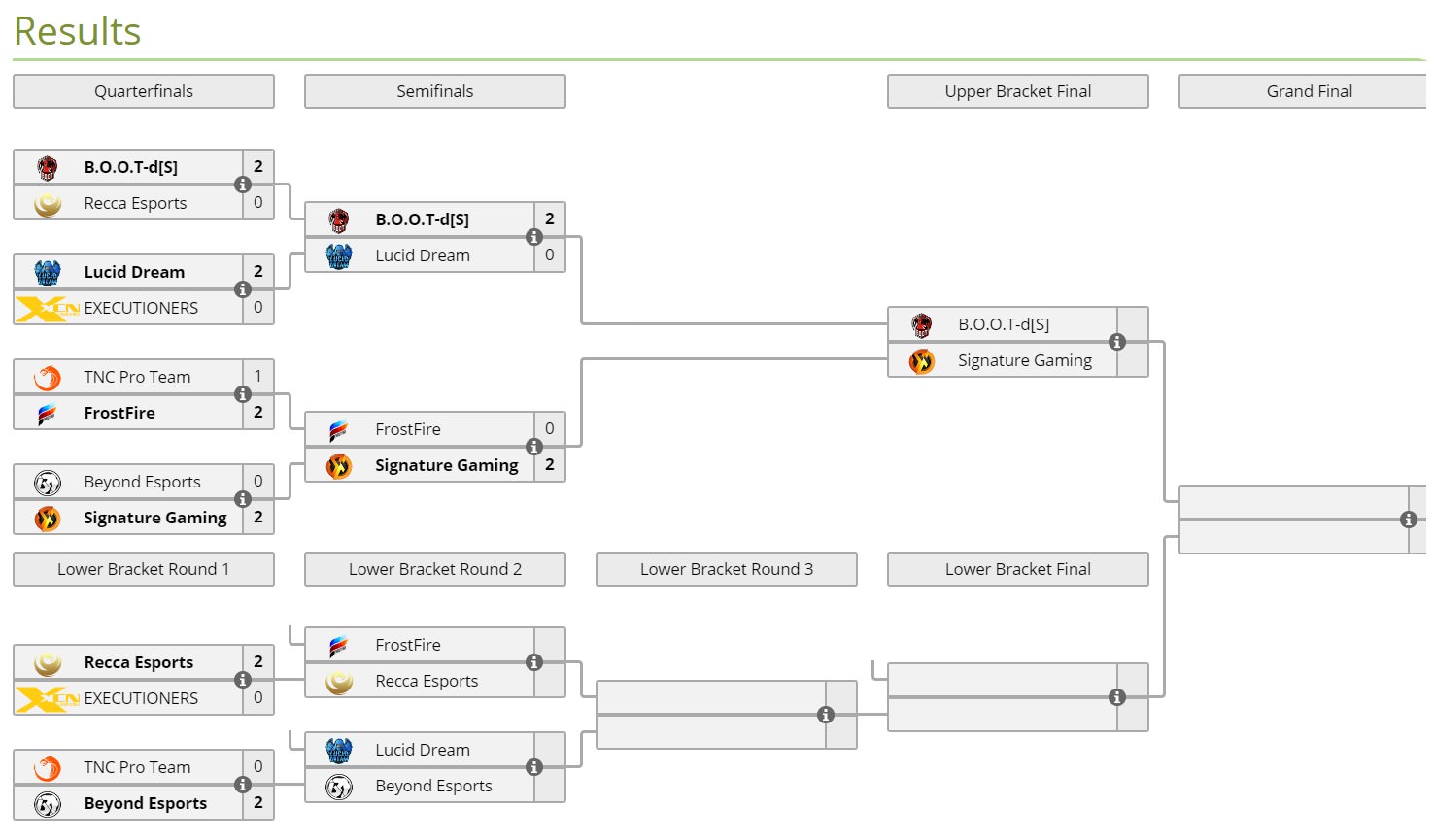