The PLG Grand Slam 2018 has moved on to complete two more regional qualifiers in the past few days along with another team being announced as a direct invite for the event.

The second regional qualifier that was hosted on FACEIT was the PLG Grand Slam 2018 – GCC & South Asia Qualifier.

64 teams participated in the event. These teams went through multiple BO1, single elimination match-ups which led to the final 4 teams making it to the Semifinals. From here on out the teams played a BO3 series which led to the bracket proceeding as follows,

Bluuud faced off against O-Squad and took them down with a series score of ‘2-0’, this was followed by MYF beating PES-X in a straight face-off ‘2-0’ to advance to the finals as well.

Bluuud locked horns against MYF in the finals. The match-up was pretty close and went down to a decider being played, it turned out to be the only competitive faceoff that took place in the entire qualifier.

The first match between the two teams took place on Overpass where MYF piled up a bunch of early rounds but Bluuud came back strong to eventually take a decent lead of 5 rounds by the halftime mark. No retaliation was observed by MYF in the latter half as they were completely shut down by Bluuud who won the match by a score of ‘16-6’.

The following match took place on Nuke where MYF marked their comeback, it was not easy though as Bluuud was almost successful in mounting a comeback but some mistakes were made towards the end that gave MYF the edge required to bring down their opponents with the scoreboard reading ‘16-11’.

Down to the deciding match, Bluuud came out all guns blazing taking down MYF on Mirage with a score of ‘16-9’, as they qualified on to play in the PLG Grand Slam – Main Event to be held in Dubai in December.

The other qualifier that took place was the PLG Grand Slam – East Asia Qualifier which came to an end yesterday. This particular qualifier also started off with 64 teams participating in the Open Qualifier and was reduced down to 4 teams following a BO1, single elimination format.

The 4 teams that remained to face off in the semifinals were as follows: 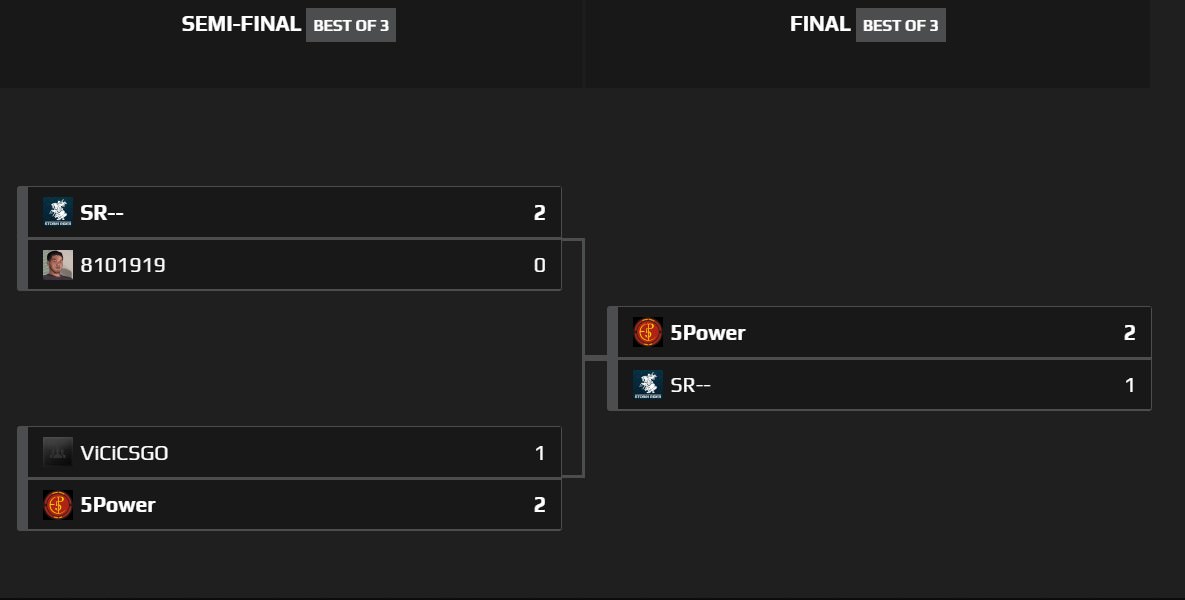 While SR managed to take down 8101919 quite comfortably with a series score of ‘2-0’, 5Power faced a tough BO3 series against ViCi who were determined to make it a struggle for 5Power even though facing a huge deficit in the decider which was finally won by 5Power who took the series ‘2-1’ to advance on to the Finals.

5Power took down SR in the BO3 series which witnessed 5Power take the first match being played on Train with a score of ‘16-14' while the second match was won by SR on Dust 2 with the scoreboard reading ‘16-14’.

The decider was played on Inferno where 5Power outclassed SR in every aspect of the game-winning it with a score of ‘16-9’ and moving on to play on the PLG Grand Slam – Main Event.

Along with the two qualifiers, a top-tier team was directly invited to the PLG Grand Slam - Main Event in the form of Fnatic.

The team had been performing quite poorly in their recent tournaments which was the prime reason that they underwent a drastic roster shuffle, further leading to a drop in their global ranking as they slipped below the top 20 ranks.

This can be a great chance for them to try out this new iteration and hopefully climb a few ranks before jumping back into the top-seeded tournaments.

Fnatic’s current roster is as follows:

Till now combining the teams that have been directly invited and the ones that have made it through the regional qualifiers the total number counts up to six, which are as follows,