BLAST Pro Series which is often applauded for its production quality while featuring an entertaining event format, ran itself into a bit of trouble after posting a short clip of Janko ‘YNk’ Paunovi? talking to his players during the timeout against NRG.

In the clip, YNk can be seen discussing various different strategies with the team, telling them how to proceed further in the game and stuff to look out for from the opposition. The twitch chat was quick to react, as the chat box was spammed with the word ‘Leak’. 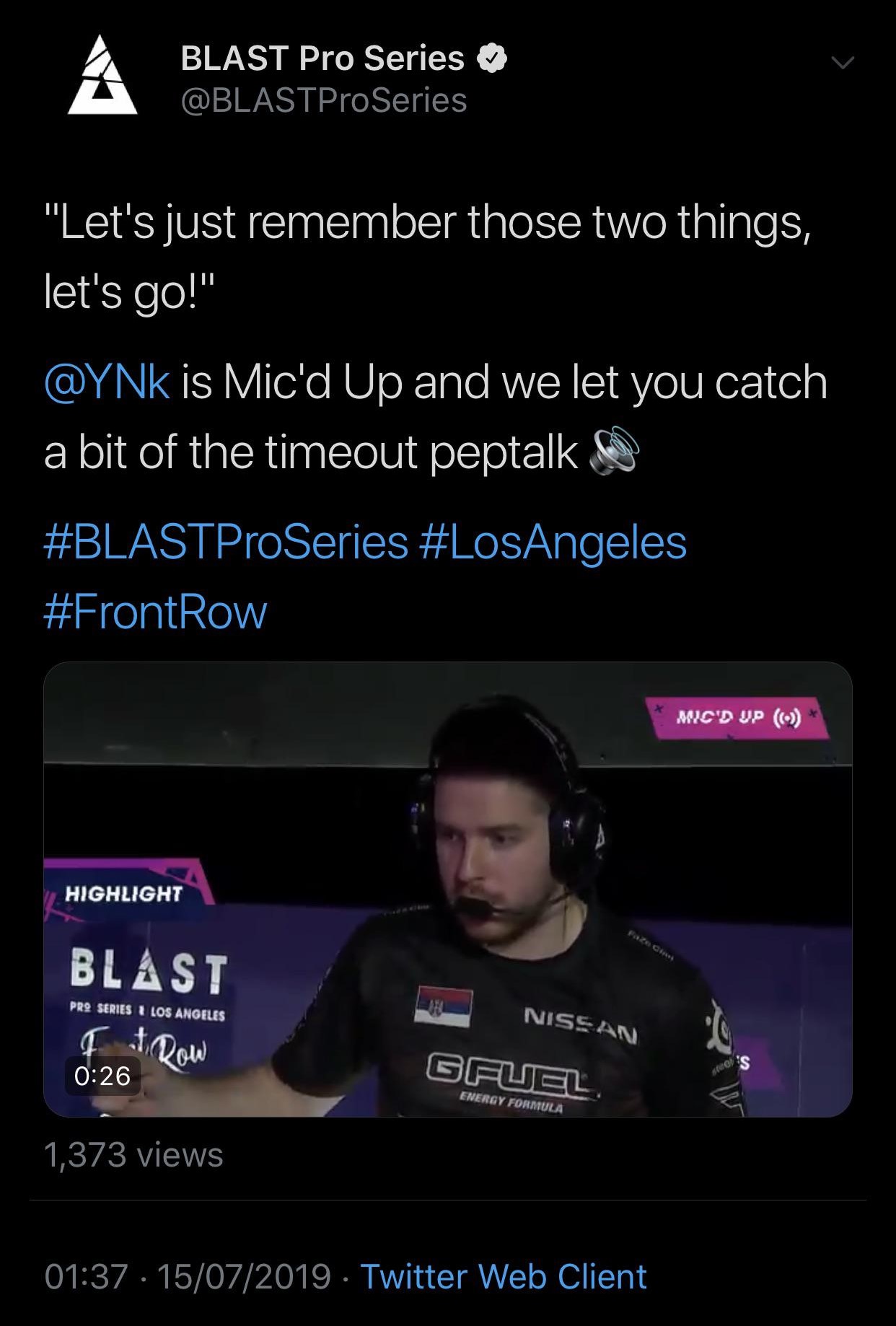 The same clip was also tweeted out by BLAST Pro Series but was quickly taken down after a lot of professional players showed their concern over such sensitive and internal conversation being made public. 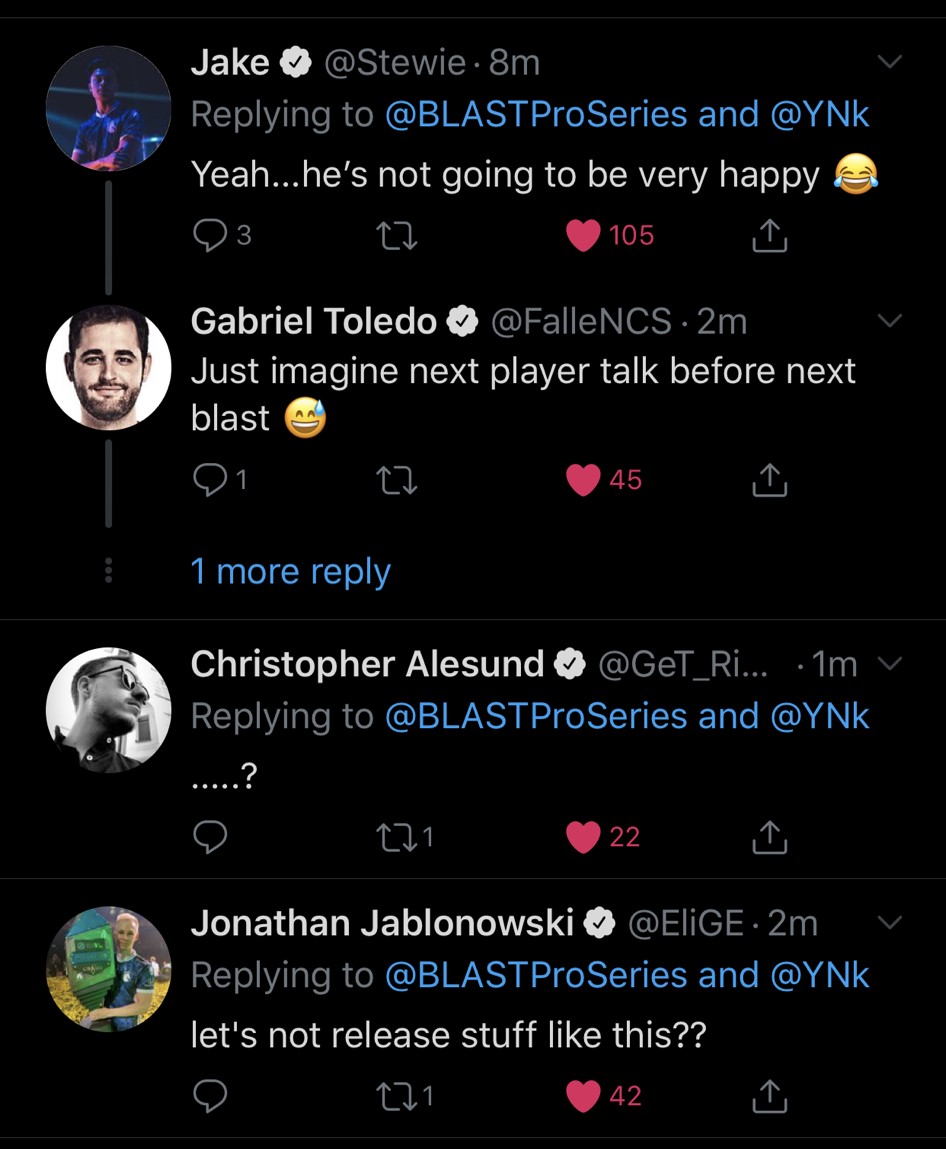 Though BPS was really quick on removing the tweet, the news had started to spread and was all over Reddit. Screenshots of the tweet were being shared in masses while the clip had also surfaced on multiple other websites, landing BPS in a row against the community and the players.

One of the users tweeted saying that such practises were quite common till 2015 but since then TO's have stopped making such content public, acknowledging that internal comms and strategies are sensitive information.

Back in 2015 releasing full games of communication was commonplace, search on YouTube for VODs and you can find some for C9, envy and fnatic

It was stopped in 2015 because it was decided it gave away way too much information. Players shouldn't have to be careful of what they say

While BLAST did receive plenty of criticism for this move, it is entirely possible that FAZE could have given their consent to the clip being made public after being assured that YNk's concerns would be taken into account.

It was brought up in the player meeting before the event. Was in the room when discussed.

Players including YNK raised concerns but it was run on a heavy delay to ensure nothing inappropriate or sensitive was broadcasted.

BLAST might be taking a serious hit for its actions which were certainly not thought out properly, but at the same time it was not intended to hurt an organization or any of its players. But if BPS was in the right then why delete the tweet?

Doesn't explain why they deleted it though