Average Dota 2 Viewership and Registrations on the Decline

5th, Mar, 2018
There is little doubt that the Dota 2 competitive scene is one of the absolute best amongst all esports. It has got the highest prizepools, the biggest tournaments and has consistently maintained some of the highest viewership numbers among all other popular esport titles.

Valve’s introduction of the Dota 2 Pro Circuit had people worried about over-saturation of the competitive scene, which could lead to a possible decline in viewership, chances of player burnout, etc.

With a fair chunk of the Dota 2 Pro Circuit now behind us, we sat down to take a look at some of the data and found the following interesting observations.

Data has been gathered from a variety of sources including esc.watch, Track Dota, FaceIt and the play.eslgaming websites. We have also completely ignored China as a region, as the data from Perfect World is a little harder to obtain and may not be very reliable.

Where we gathered the Stats from

1. Open Qualifier stats were obtained from the websites hosting them: Faceit, play.eslgaming, and Starladder.

Although there has been a decline in the number of Active Dota 2 Players, the viewership has been relatively stable. Similar phenomena have been observed in the case of mature traditional sports like Cricket and Football where even if the recreational players stop playing the game they continue to watch broadcasts. 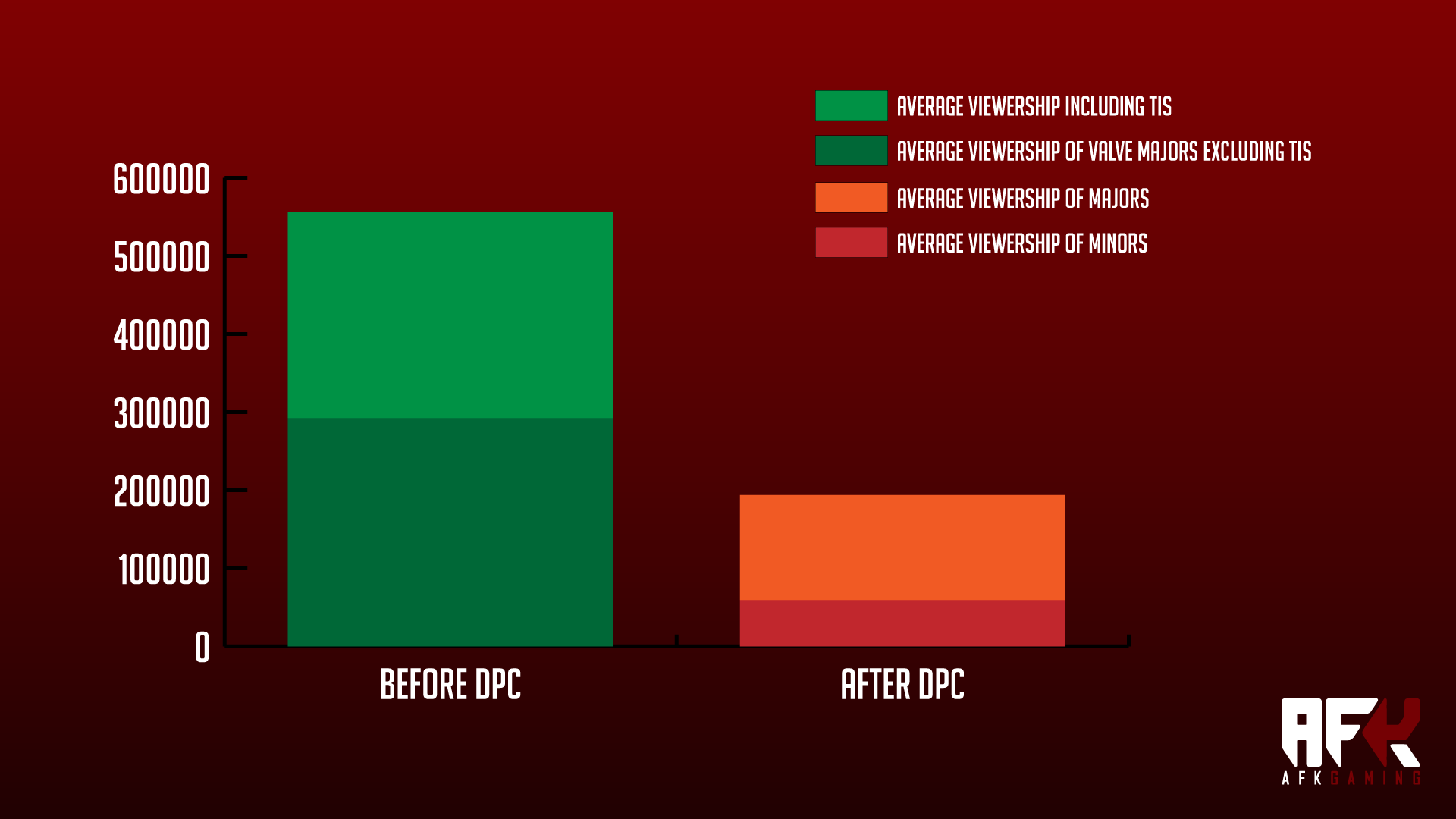 The number of Professional Dota 2 teams registering for Open Qualifiers has drastically gone down with the advent of the Dota 2 Pro Circuit. The season prior to the introduction of the DPC played host to 12 Open Qualifiers over the course of two years. In contrast, the new DPC has concluded 15 Open Qualifiers in the space of just 5 months. So teams tried to participate in as many open qualifiers as possible as opportunities were few and far between. With DPC, teams can pick and choose with the knowledge that there is always another opportunity around the corner.

Competition among tournament organizers has increased significantly courtesy the DPC. Lower registrations may be in part due to options available to teams, an oversaturated qualifier schedule and late announcements about tournament signups by the organizers due to potential scheduling conflicts if they announce earlier. 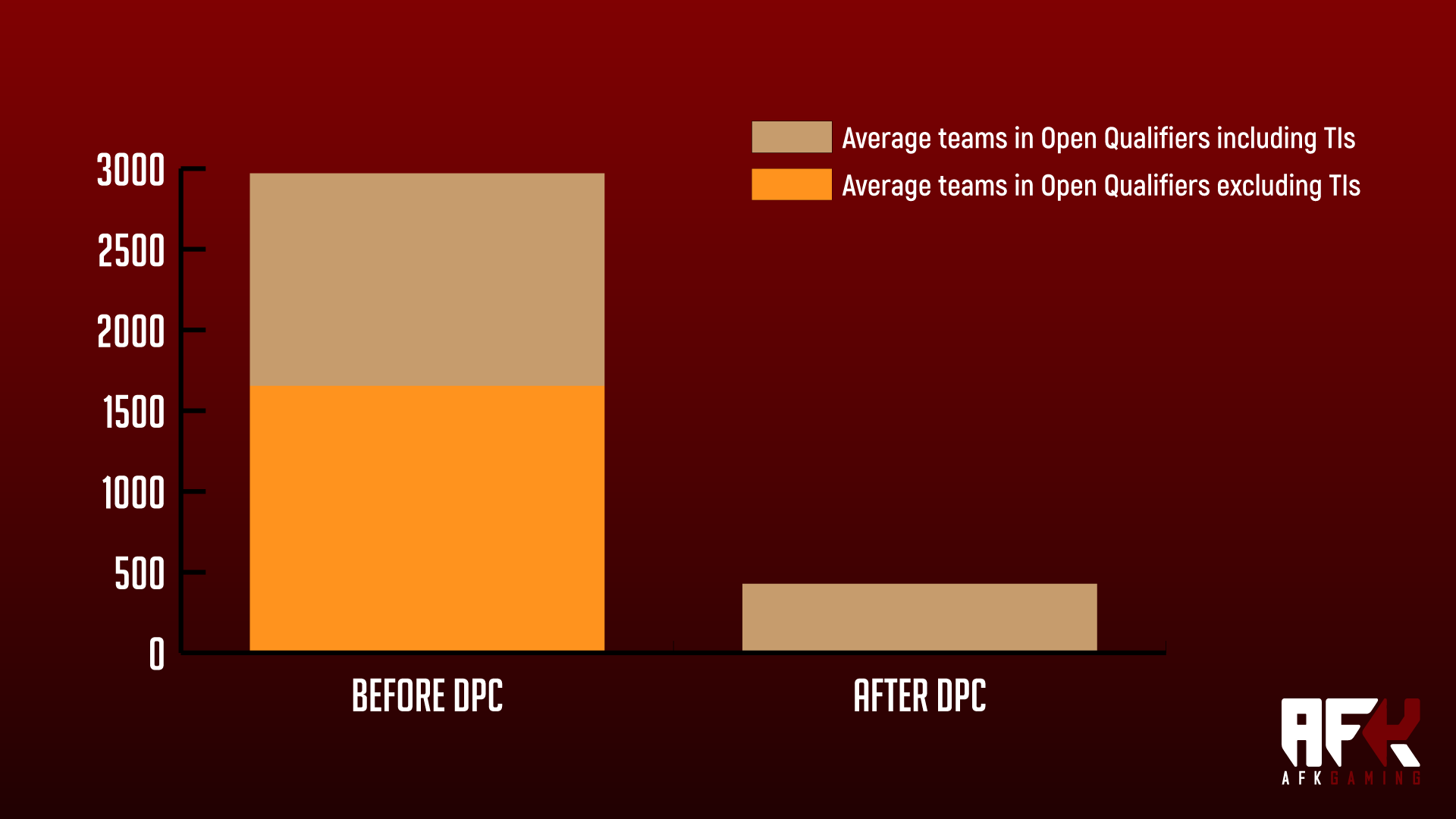 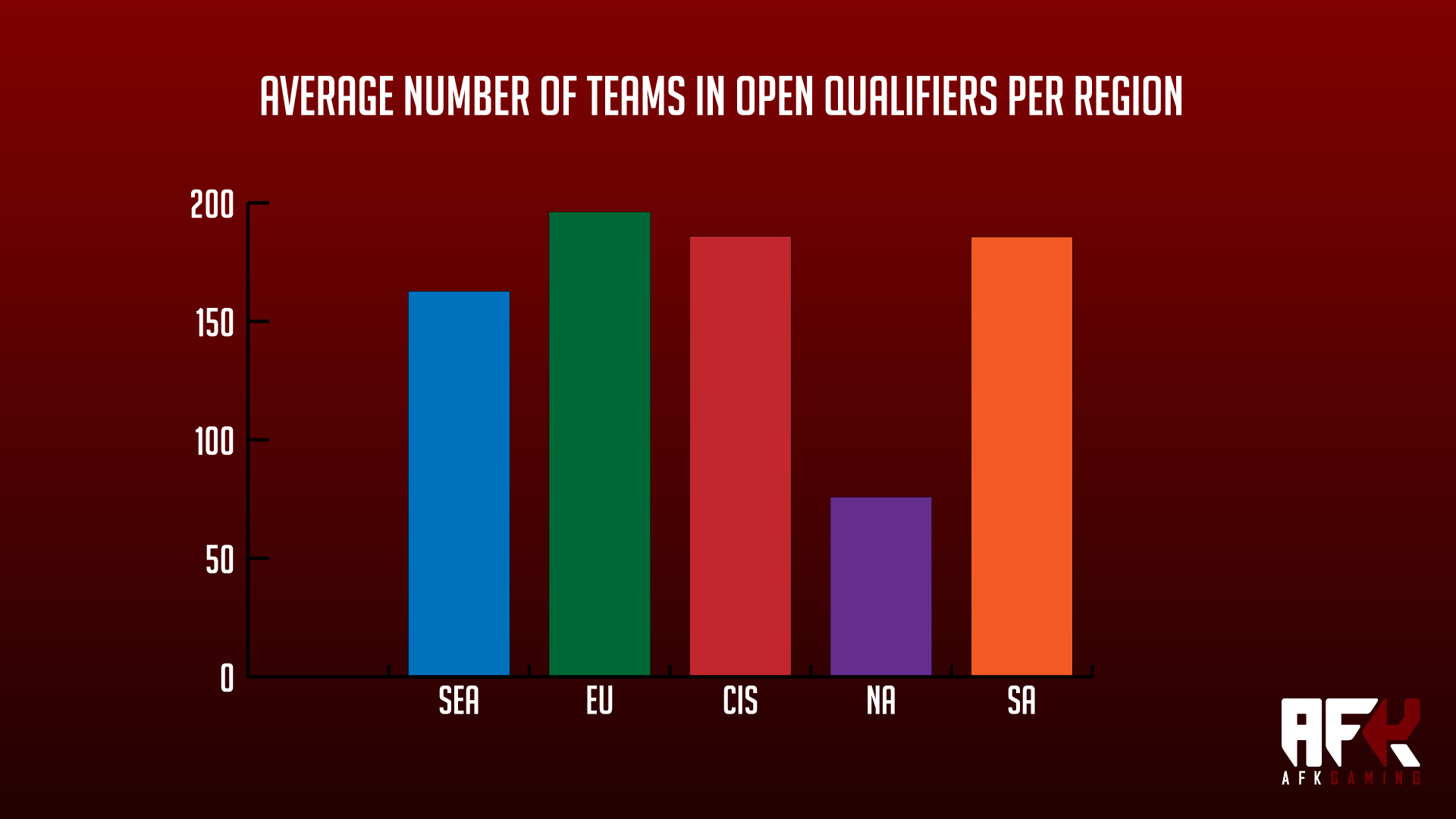 4. SEA has the largest number of Active Dota 2 Players but the number of SEA teams in the Open Qualifiers is lower than CIS/Europe and South America.

5. Europe and CIS have the most number of Open Qualifier teams which directly correlates with the amount of DPC points each region has, with SA being the only anomaly. 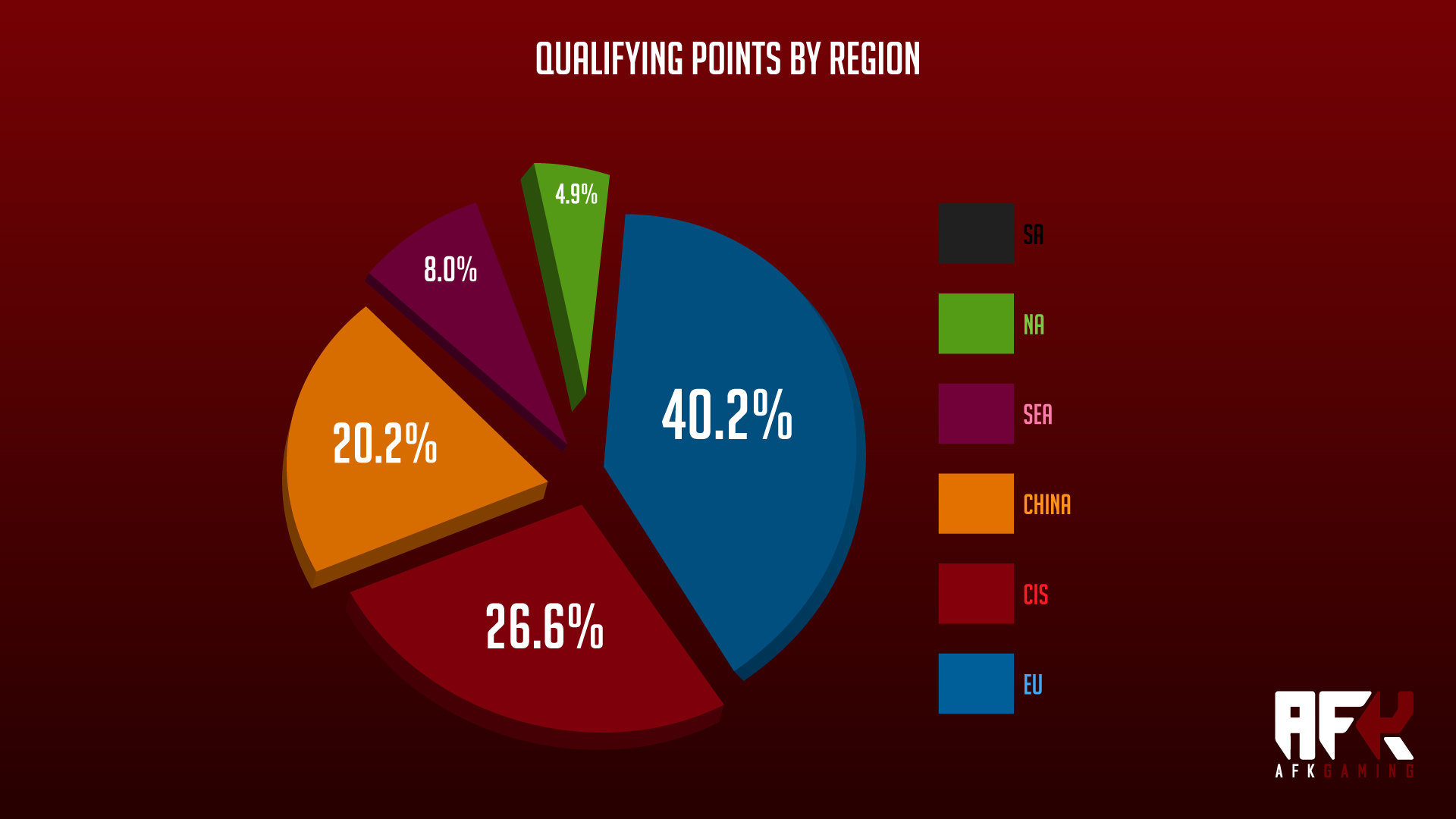 To conclude, Dota 2’s competitive scene seems like it might be under pressure in 2018. On the one hand, the competition from other esports titles is getting more fierce. Blizzard’s franchised Overwatch league looks promising while competitive CS:GO and League of Legends are still going strong with a consistent climb in viewership numbers.

However, overall Valve’s decision to introduce the Dota 2 Pro Circuit has brought stability to the scene, while tournaments might not have the highest peaks (both in terms of viewership and competing teams) the stable viewership numbers which these tournaments are outputting will be better for the competitive scene in the long run. Perhaps the season post TI 8 will have tweaks and changes incorporating the learnings from the current season which should aid Dota 2's growth as an esport.