The second day of the Asia Minor Championship 2019 was as competitive as the first with the remaining six teams fighting it out in Berlin to claim the remaining two spots.

This was the final standing of the teams at the end of it all,

It was a good start for the Chinese side 5 Power Gaming as they took down the South African stars, Energy Esports. The African squad had nothing on 5 Power as the Chinese line-up had a comfortable time dealing with them.

5 Power was quick to walk away with a ‘16-3’ victory on Train which they followed up with another phenomenal victory on Inferno giving away just ten rounds to move on to the Decider and face Avant.

The Australians proved to be quite a challenge as they stopped the Chinese short of walking away with a victory on Overpass and brought their momentum to a halt. But 5 Power regained their balance with a victory on Mirage.

Going into the decider, Inferno proved to be a challenge for both sides with the match going into overtime, it was a massive comeback by 5 Power but unfortunately, they couldn’t convert it into a victory and just fell short of making it into the playoffs.

All eyes were on MVP PK who had been very disappointing in their opening match against Alpha Red. But the Koreans came back strong walking away with a straight ‘2-0’ victory against FFAmix.

The victory celebrations were short-lived as they were once again facing Alpha Red, the Thai team had proved to be a bane for the Koreans and they wanted to avenge that loss.

The series started off with Alpha Red securing themselves a victory on Vertigo, it looked glum for MVP PK from here on out. But, they were not yet beaten as they swung the series around by winning on both Inferno and Mirage, restricting their opponents to single digits on the scoreboard and making their way into the playoffs.

With this, the playoffs for the Asia Minor Championship 2019 are all set. Grayhound being the most favoured team to make it through, which other team do you guys think will be joining them? 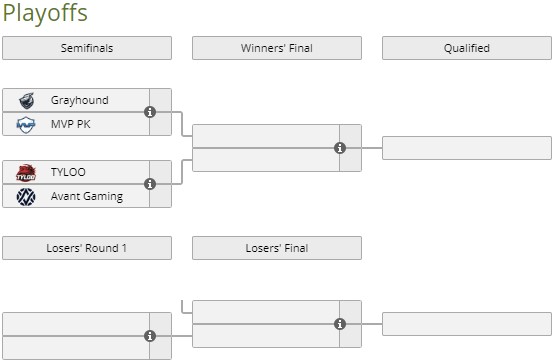 Also, the CIS Minor Championship 2019 came to an end of its group stage with Forze, Team Spirit, DreamEaters and Syman Gaming making their way onto the playoffs. Let’s see which two teams make it to the majors from the CIS region.