1st, Apr, 2018
Indian Esports has a long and storied history which not many know about. Earlier this week, one of the oldest esports organisations from India announced their intention to rejoin the esports sphere. They were the first ever Indian team to make waves at different international tournaments. ESWC, WCG and KODE5. Yes it is none other than, ATE Gaming, who have signed teams in Dota 2, and Counter-Strike: Global Offensive for the upcoming Indian esports season.

ATE Gaming has finally entered a new playing field in Esports after their announcement of their competitive Counter-Strike team. Many within the Esports community have surmised this for the past few days, but now, it’s finally official.

Akshay “KappA” Sinkar is finally back to the competitive circuit to lead the team as their In-Game Leader. The rest of the roster consists of a mixture of familiar faces and new blood in Sagnik “Hellfighter” Roy, Sharan “Busterrr” Dave, Ritesh “RitZ” Shah and Krishna “Krissh” Salecha.

How significant this move proves to be is yet to be seen, but we’ve not seen one of these ‘new’ CS:GO teams make their mark at the elite level yet, but perhaps this team might be the one to break the usual mould. After all, they did finish in 2nd place in the recently concluded Gods of Gaming tournament

Unlike the CS:GO roster, the Dota 2 team is completely made up of newcomers (Except for Suparno "Zeus" Panda who was a substitute for Team Wipeout). And henceforth the ATE organization has made it clear that this is a ‘TEST’ roster. 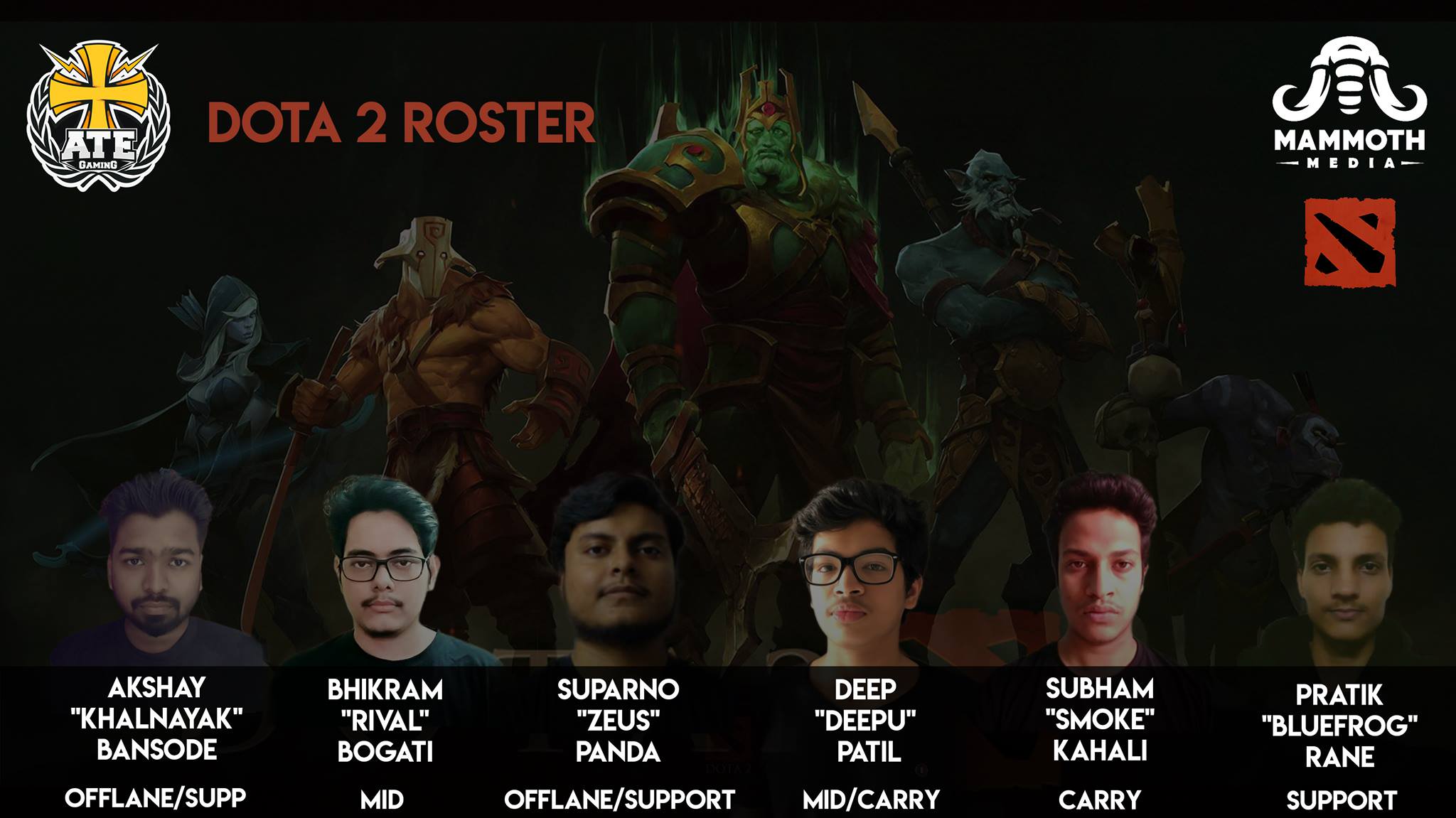 Akshay “Khalnayak” Bansode who was last spotted playing for Team Yakshas in Ucypher Season 1 will be leading this lineup. The complete roster is as follows.
What are your thoughts on ATE Gaming’s Counter-Strike/Dota 2 teams? Let us know. Tweet at us -@afkgaming.
About UsContact UsServicesRSS
DisclaimerAdvertise With UsArchiveEditorial Team