Astralis take on Liquid while G2 go up against FaZe in Montpellier today.

The fourth day of the Pro League is about to dawn upon the French city of Montpellier, witnessing the start of the Playoffs. After a gruelling three days of group stage matches, six teams have managed to qualify for the next stage of the tournament.

This is how the groups look at the end of it all. 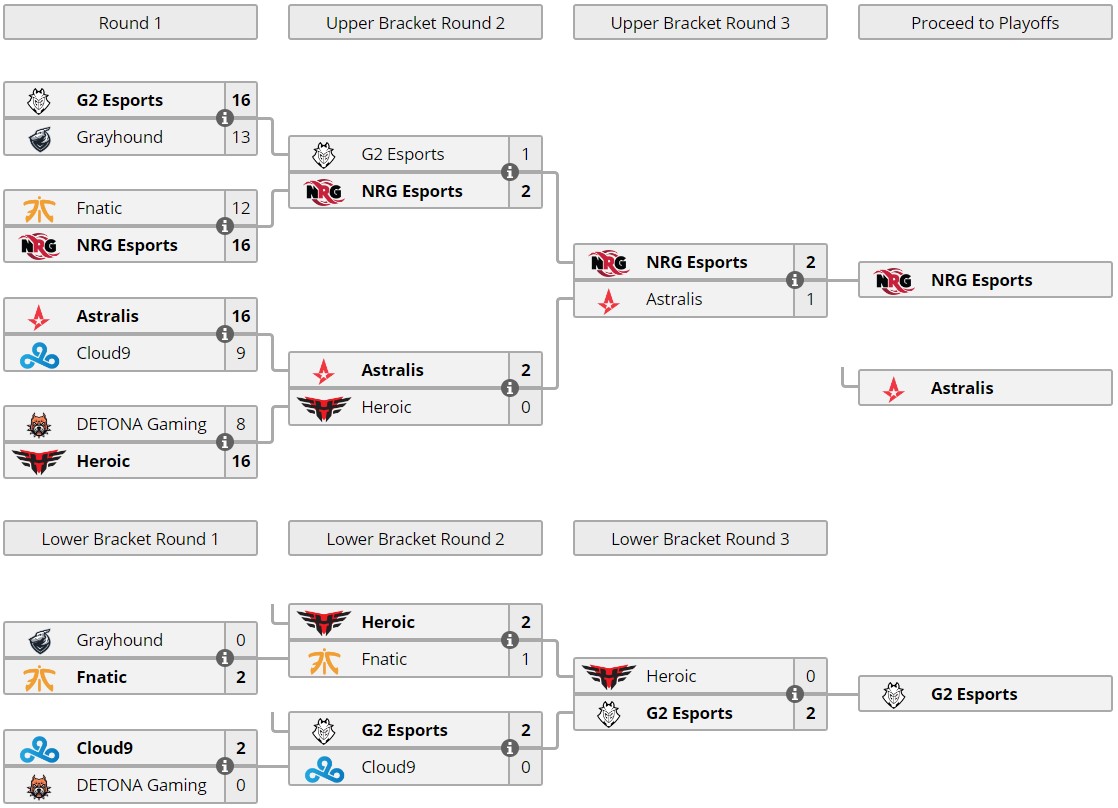 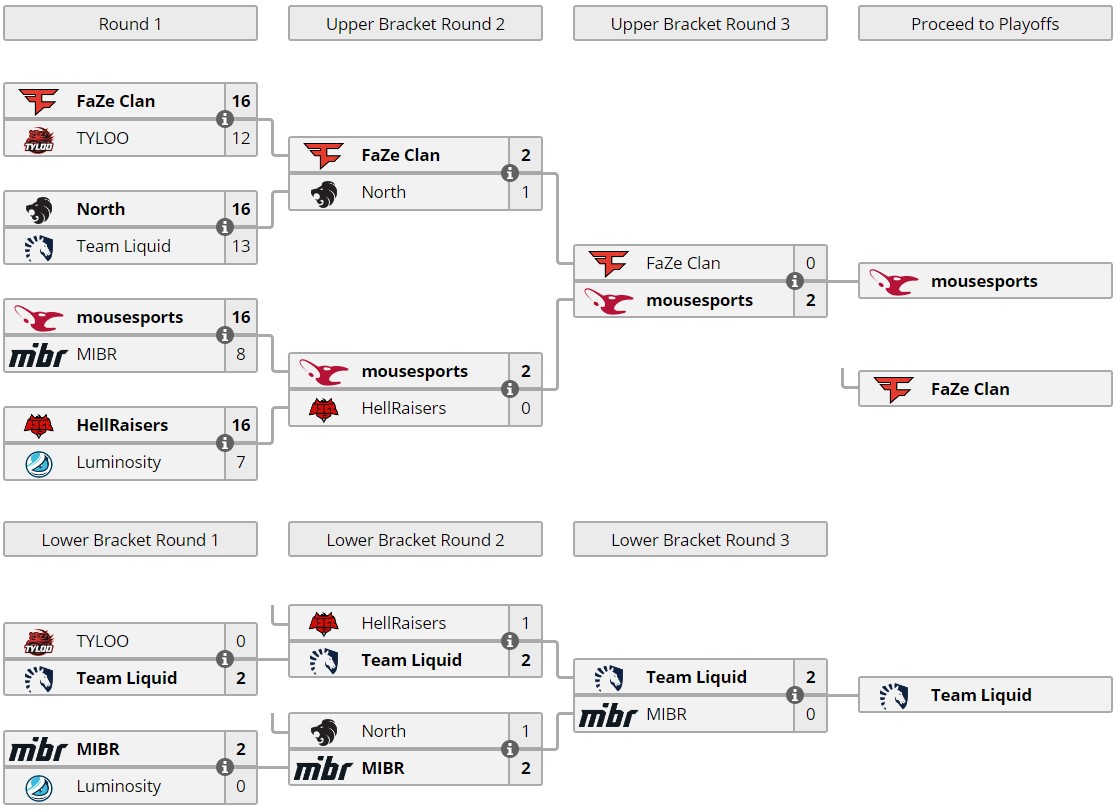 While NRG and Mousesports secured themselves a spot directly into the semifinals. Liquid, FaZe, Astralis and G2 make it into the quarterfinals.

The Playoffs will be downright bloodshed with Liquid going up again Astralis early in the Playoffs instead of in the Finals as expected.

The top two teams in the world will be going all out in this duel. Astralis do look a bit shaky but they have faced Liquid in a lot of finals last year, trumping them in all the faceoffs. Though the current form that Liquid has shown places them a notch above the opposition, it's a tough call to say who makes it through to the semis.

On the other side, we have G2 going up against FaZe after the EU conglomerate got outplayed in their three-game series against Mouz.

G2 started off a bit slow but has gradually gained momentum to reach the quarters. They are not to be taken lightly especially when kennyS is in such a form.

With the CS devs already playing with NiKo, hope that G2 doesn't end up doing the same.

I think @csgo_dev is trolling me

The hype is real and the competition high. Let's see how the two matches roll out and which teams move on to survive another day at the ESL Pro League Season 9 - Finals.