Day 1 of the Starladder Starseries Season 5 finals saw both Asian teams have quite a bit of impact going up against some pretty big names of international Counter-Strike. Let’s recap how some of the round 1 matches of the Swiss system went down.

VG.Flash push SK Gaming to the edge - It’s no secret that the Brazilian powerhouse has been in a bit of a rough spot in recent times, but to see them get stretched by an Asian team was quite the thing. VG.FLash dominated map 1 with a 16-1 scoreline on cache much to the surprise of analysts and fans alike. While SK did manage to win the series thanks to Inferno and Train, everyone was left impressed by VG.Flash.

TyLoo topple Na’Vi - Pretty much no one expected TyLoo to be able to a bo3 off of Na’Vi in a LAN but they aren’t Asia’s best team without a reason. S1mple maybe regarded as the world’s best player but BnTeT showed just why people call him Asia’s best, matching s1mple time and time again to get the 2-0 for TyLoo. Quite the shocker of a result and an exceptionally poor performance from Na’Vi, who many called the favorites coming into the tournament. 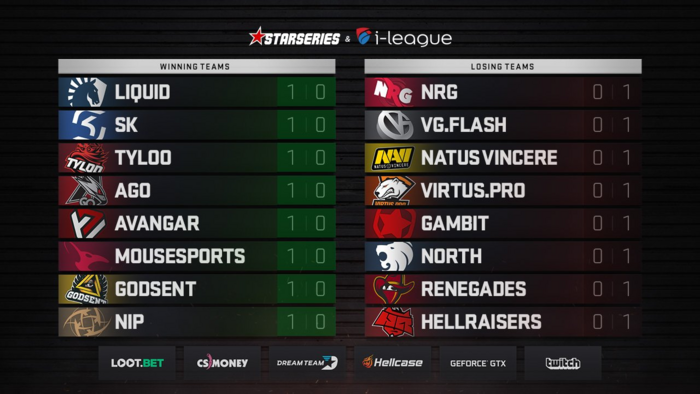 The NA and the Polish derby - ESL Pro League Season 7 finalists, Team Liquid established their name as NA’s best team with a resounding 2-0 over NRG esports. Meanwhile, the once legends, VP who have begun to look like a shadow of their former selves were given a sound drubbing by their fellow countrymen, AGO Esports.

Swedish teams dominate - Swedish side, NiP picked up a 2-0 over Hellraisers to get their campaign off to a positive start. GODSENT too looked sharp beating the odds to pick up two very easy games versus the Renegades.

However, for Major winners Gambit, things went horribly wrong as they fell to a 2-0 defeat to Avangar. Their win at Krakow in 2017 is beginning to look like a fluke with their recent performances and the team has certainly not been able to carry forward their form since then. Mousesports, meanwhile won the closest series of the day against North picking up wins on Dust 2 and Train and conceding Mirage.


What to expect from Day 2


TyLoo will now face mousesports, quite a strong team who may not underperform as Na’Vi did. It’s going to be a tricky encounter for sure. A win there will put them on the brink of qualification to the playoffs. VG.Flash meanwhile have to face Na’Vi. It seems unlikely that Na’Vi will be caught out yet again, that too by an Asian team so VG.FLash will have to step up their game and very importantly win the map pick battle if they are to have a chance. 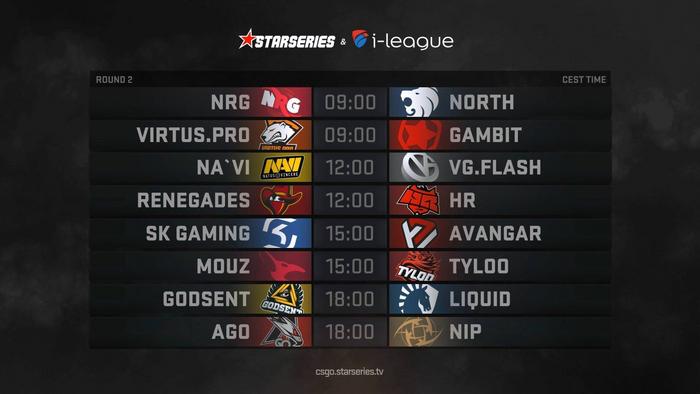 VP versus Gambit will also be a slugfest, a chance for both teams to prove that the fire in them is still alive. Fortunately, no team will go home today as well but it’s still going to be a crucial day for everyone.