Both TyLoo and VG.Flash started their Starladder campaigns hot but fizzled out over the course of the Swiss format in what can be summarized as a disappointing venture. However, there were some great underdog stories with Polish side AGO Esports making it to the playoffs and NRG, AVANGAR and GODSENT still holding their ground.


After taking down Na`Vi in the first round of the group stages, TyLoo were unable to replicate their success, losing 3 consecutive series’ as they were knocked out. Since their initial victory, they were only able to pick up a single map in 7 games as they looked completely outclassed. Mousesports and NiP both looked dominant picking up easy victories over TyLoo as the Asian squad looked hapless in both the matches. GODSENT was the final straw for them as the Swedes came back from a map down to take the series 2-1. It was not just the losses but the nature of the losses that felt that TyLoo were unprepared for the tournament with most of their defeats featuring single-digit round wins from the side. 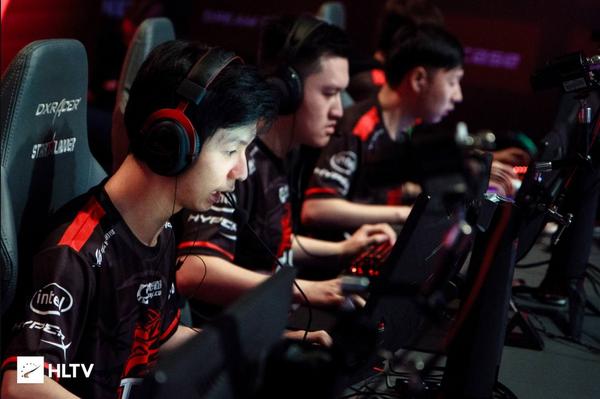 
Just like TyLoo, VG.Flash started off their campaign with an impressive series against SK Gaming. While they went on to lose the series, their display in the first map where they took down SK 16-1 on Cache was talked about. But from thereon out, the team lost matches to both Na’Vi and NRG, finishing the group stages with a 0-3 performance and a bottom place finish. Map pools are definitely a concern for both Asian sides as it was evident that Mirage was TyLoo’s only strong map while cache was where VG.Flash performed best. Both teams played a subpar Inferno and Overpass and the bo3 format meant that without a deep map pool, these teams had little chances of qualifying to the playoffs.

SK Gaming, Team Liquid, NiP, Mousesports and AGO Esports have all made it to the playoffs. 3 more teams will join them by the end of today. The matches that will decide the playoffs are as follows: