Artifact 101: Things to know about before getting into Artifact

25th, May, 2018
There has been somewhat of a slowdown in updates about Artifact. The closed beta player base has remained the same, and no new media has been invited to come through Valve’s doors for an interview, coverage, etc. We can only speculate on what’s happening behind the scenes. There is a feeling that Valve is preparing to launch their open beta at The International 8, and are now concentrating on finishing/polishing the game for the general public.

There’s plenty of time between then and now where we can prepare for the game's release by learning the basics of Collectible Card Games. On that note, here’s Artifact 101.

Learn the Tempo and feel of the game: 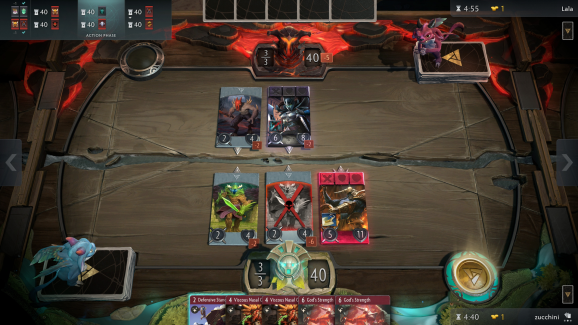 Tempo is an unofficial term that describes which way the "momentum" of a match is going, as well as a label for decks which aim to keep tempo on their side. It is one of the major types of advantages a player may have over the opponent. Tempo is what some people would consider to be among the fundamental components of the CCG genre.

It is concerned with the player's control over the game in the immediate future, particularly with Creeps played on the board. It should not be confused with card advantage which is about having more options and resources than the opponent in the long run, including cards in the hand. Given enough time, card advantage naturally turns into tempo advantage, since maintaining momentum requires having cards that can respond to enemy obstacles.

Learning how to control the tempo of the match only comes with experience, and it’s better to get a head start now, before anyone else. 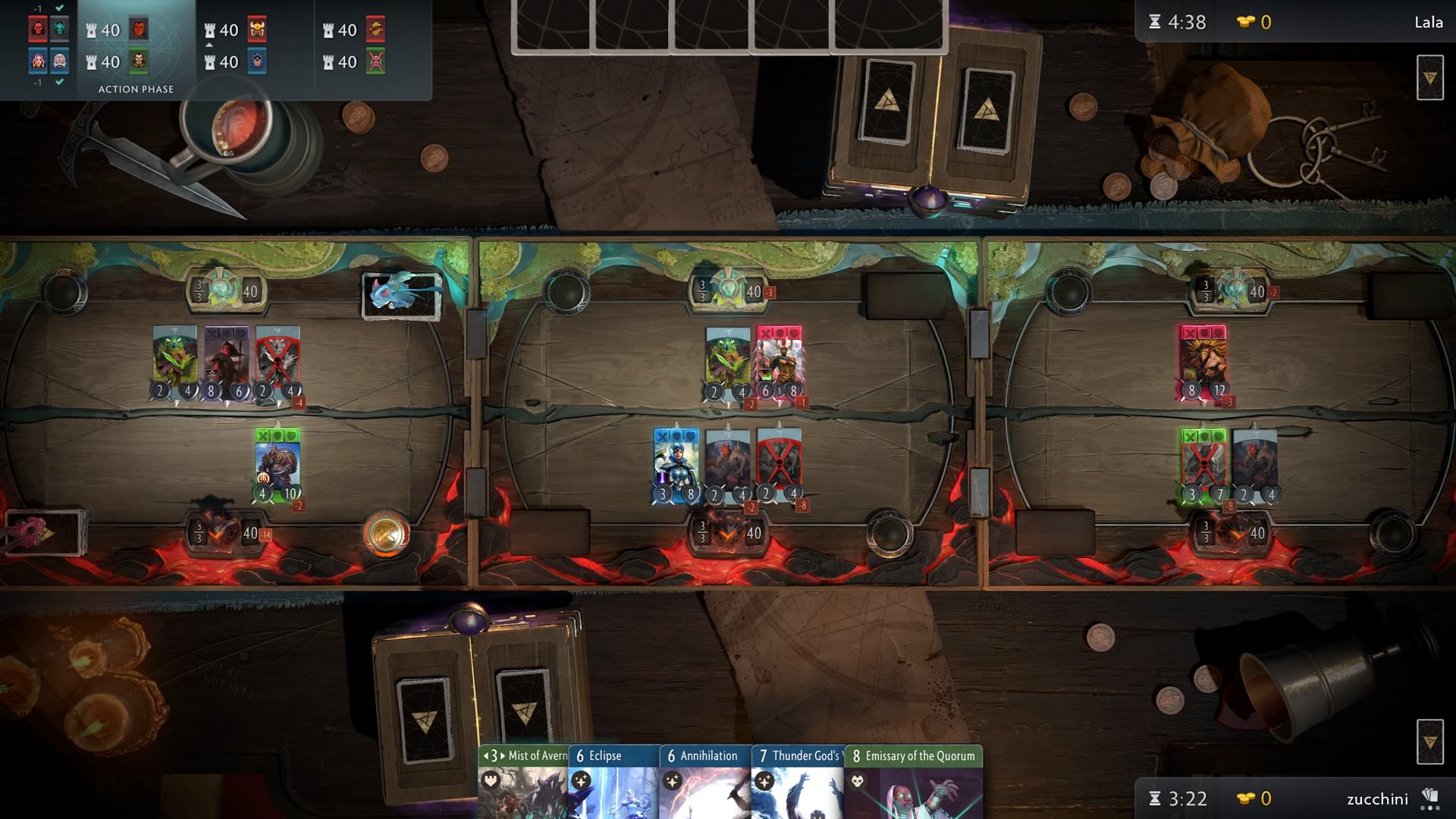 Learn that consistent decks beat powerful decks in the long run. Not sure how deck building or tournaments will work but this is important. Most decks have a win condition and your goal is to be able to achieve that as soon as possible and to be able to do it often.

Don’t exceed deck limit - a rule of thumb. The fewer cards your deck has, the more often you will draw your power plays. Each card in the deck needs to serve your strategy. They also need to have synergy between themselves. And most of all, every card needs to serve to achieve your master plan and you build your deck around this plan.

The core of a CCG is the way that the cards in your deck work together towards your goal. There's a few levels of synergy, from the obvious (explicit printed synergies like "do something for every rat you control" plus cards that generate rats) to the subtle ("discard your cards" effects in a deck that tries to empty its hand quickly, thus negating the downside of the effect). The whole should be more than the sum of its parts. 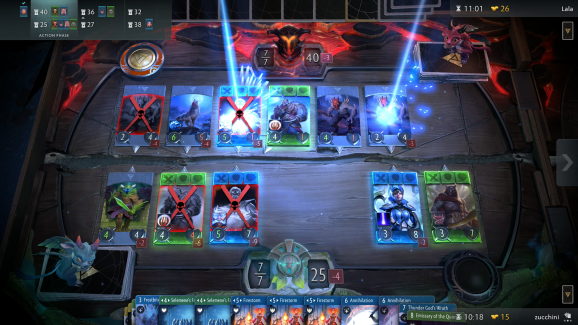 Generally, resource management plays a big role in the CCG genre. You have a collection of resources (life points, cards, mana/tempo, access to hidden information) and the winner is the one who leverages those resources best. This is hard to explain without actually playing a game but just always keep this in mind, as almost the entire game is you trying to get a resource advantage on your opponent and then exploiting that advantage to win.

The quintessential example of this is spending your life points to gain something. For Example, in Magic the Gathering (A Collectible Card game) it would be a card like ‘Sign in Blood’, where you can deal two damage to a player and force that player to draw two cards. Some new players just think this is a weird way to shoot an opponent for two damage. However, eventually, they realize that the value of a new card is overwhelmingly greater than one life and that you should almost always be targeting yourself with that card, even if you're at a relatively low life total.

This will only come with experience. Which brings me to my next point.

When you are new to a game your ability to devise a plan is relatively poor on account of inexperience. Any idea you have is likely rehashed and discussed to hell and its unlikely any cool thing you initially come up with is worth anything. Have zero hesitation to see what people are doing that is successful and stealing their ideas. The less experience you have with strategy/card games the better this will make you at the game faster. Once you are better and more experienced you want to go back and start to learn why these are successful ideas. 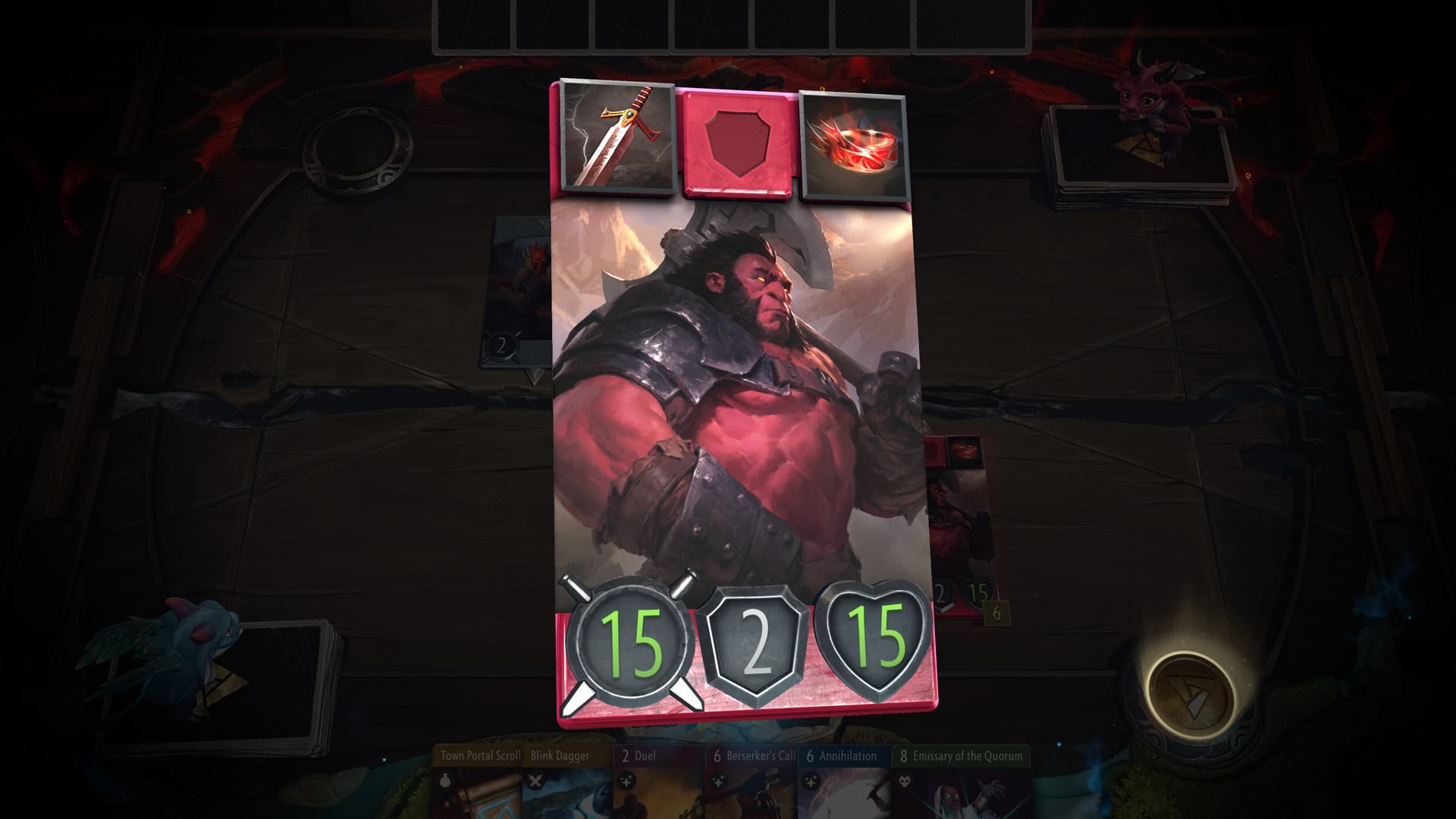 This is yet another thing that you get with experience, you want to be very familiar with all the commonly played cards. This is most easily gained by simply playing the game but ideally, you want to identify cards instantly and eventually be able to guess what your opponent may be playing. Information is a resource and if you can deduce information that is not directly available you are gaining a resource advantage.

Overall, I think most of us are going to be trash at the game at the start. But people who have played other card games like Hearthstone, Magic: The Gathering and Clash Royale (sigh) will have an edge.

Experience is the best teacher. I would recommend checking out Direwolfdigital’s Eternal as its similar to Hearthstone but they give you a lot of free cards and earning cards in-game is very cheap. Many of the other card games available are expensive to get access to the powerful cards which makes playing them often a chore. You could also watch HS streams to get a feel for how the games go in general.