An update from the TI8 SEA Open Qualifiers #1

After a long day, consisting of 154 matches, 8 teams have risen above the battlefield to compete for 2 of the regional qualifier slots up for grabs. Now, all they have to do is win two more games, tomorrow and a place in the SEA regional qualifiers will be secured.

But before we get there, here’s a short recap of how many of the teams fared, and who are the eight teams who are left in the qualifiers.

Let’s start off with the most significant results in the round of 64, considering the fact that the earlier rounds were basically stomps/byes.

Indian representative Signify were eliminated by Mongolian team LEGAM. Signify just couldn’t match the pace set by the opposing side. The end was spelled out when LEGAM’s cores got their BKB’s completely nullifying Signify’s damage output.

Indonesian powerhouse The Prime Esports were also eliminated at the hands of DeToNator who look splendid with their aggressive lineup built around the Mid Bloodseeker.


We saw yet another Indonesian team fall to the Philippines, as Sterling Global Dragons took down EVOS Esports in the Round of 32. Entity Gaming also prevailed over Execration here with a big comeback to move on to the next round.

But perhaps, the biggest match of this round came when Clutch Gamers met TaskUs Titans. Both teams have been performing really well in Tier 2 SEA events, so this was quite a much-awaited matchup.

It was Gabbi vs the world in this particular matchup, as he was the only one amongst the Clutch Gamers lineup who was able to keep up with the TaskUs Titans cores. However, despite his best efforts, Skemberlu and co. were able to close out the game convincingly, securing an easy victory for TaskUs Titans.

Other major teams eliminated at this junction were 7th Heaven, Quid Pro Quo, and Neon Atomic.

In the Entity Gaming vs Blackjack matchup, ETG started off on a bad footing thanks to a surprise Huskar pick. But great plays from Black^ and NoiA carved open the game for Entity Gaming allowing them to come from behind and secure the win.

The TaskUs Titans vs TNC Tigers matchup was also quite well contested. But the experience of 1437 was the key for TNC Tigers to secure the win, as some great in-game calls proved to be the difference between the two teams.

Another huge matchup in this round came between Ohaiyo, YamateH and Net’s new team Battle Arena Elite and Geek Fam. It was Geek Fam who prevailed in this matchup thanks to a phenomenal showing from Chyuan on his Ember Spirit.

Filipino team No name Dota also caused a massive upset by taking out SEA veterans Team Flash in their round of 16 matchup to book a place in the quarterfinals.

Kongdoo also caused quite a big upset by taking down DeToNator in the final match of the day.

PG.Barracx, XCN Gaming, and Alpha.Red make up the rest of the quarterfinal slots.

Here's how tomorrow's matches are lined up: 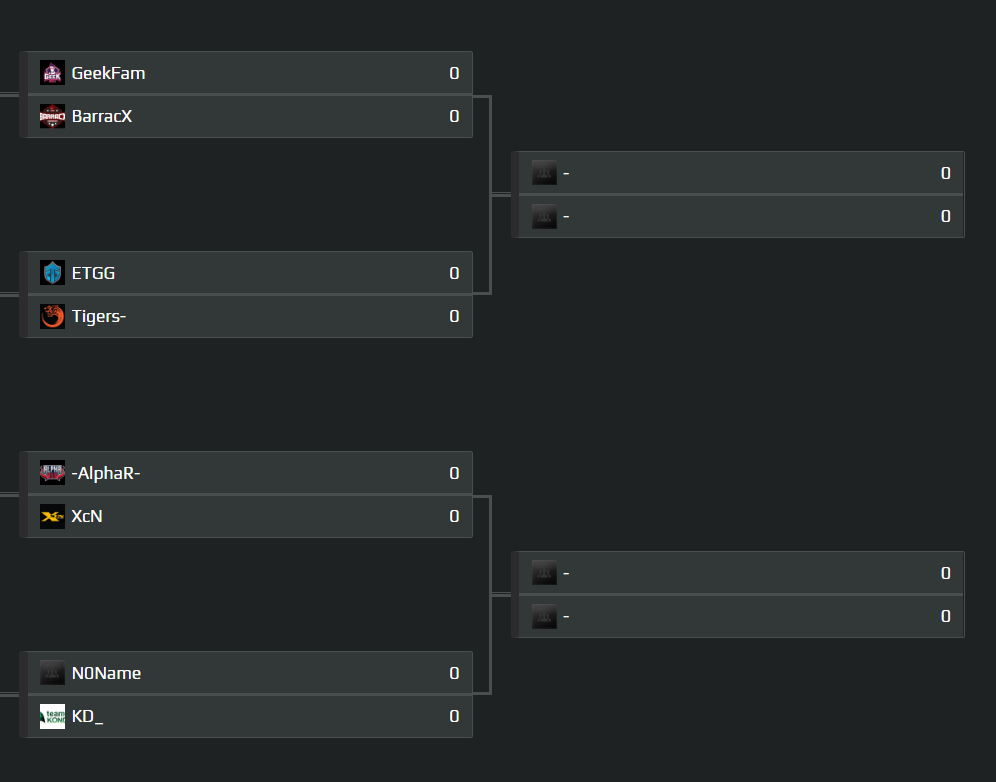 Join us tomorrow on our Twitch Channel, where we bring you Day 2 of the SEA Open Qualifiers #1.