18th, Apr, 2018
Despite fierce competition in recent months, Rex Regum Qeon remains as one of the best Dota 2 teams in the Indonesian scene, and much of their success can be attributed to the team's captain and 4 position support, Kenny “Xepher” Deo, who consistently plays at a high level no matter the tournament.

Aside from a few short stints in other Indonesian teams, Xepher has spent most of his career on RRQ.

Xepher spoke to AFK Gaming about the state of Indonesian Dota, what makes RRQ different from other teams and more.


Hi Kenny! How have you been doing? How has 2018 been for you competitively?

Xepher: So far so good, sometimes things have not worked out according to the plan, but sometimes it ends up working out so its a challenge for me.

Can you tell us a little about how you began your career in Dota 2, and how you ended up in Rex Regum Qeon?

Xepher: I used to be a midlaner in Indonesia, but because of the lack of support players here, I switched to Pos 4/5. I finally got my chance to play professionally for the first time in RRQ.

You have been part of the RRQ roster for over 3 years, an eternity in the Dota 2 Pro scene. What does it mean to be an RRQ player? Do you feel any pressure from the fanbase?

To be honest it hasn’t been a full 3 years in RRQ. I had a 1-year break and moved to another team before coming back to RRQ again. For sure, the pressure is always there and I have to handle it.

The Indonesian scene has not had as much exposure to the Western scene until GESC: Indonesia Minor. How did it feel to play against some of the world’s best teams like Evil Geniuses? What do you think are the main differences between the two scenes?

I was super-excited of course. They were always one step ahead of us and their battle-plan execution is superior to ours. 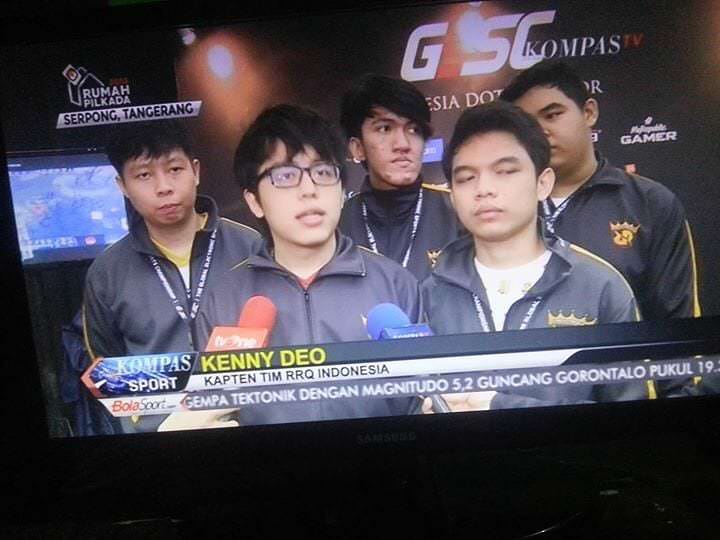 Xepher and the rest of RRQ at GESC: Indonesia Minor, broadcasted on National television

What do you think of the Dota 2 Pro Circuit? Do you think it helps teams like yours?

Yes, with the Dota 2 Pro Circuit system implemented, I feel it really helps teams like ourselves. Its much fairer and allows smaller teams to have a chance to compete in many tournaments.

If you were to create an ideal team with you in it, what four other players would you pick?

The 7.13 patch was just rolled out. What are your thoughts regarding the frequent patches every two weeks? Do you think Valve changing patches so fast is disrupting the rhythm of players and teams?

What suggestions do you have for tournament organizers, organizations, and players in the SEA region?

I hope every SEA tournament will have a regional qualifier. For example Indonesia qualifier, Thailand qualifier, etc.

What advice do you have for aspiring players trying to become professional gamers?

To become a professional player you will have to be willing to sacrifice your time, your personal interests and even your job/school.

Speaking about aspiring to be a pro gamer and all the hard work you have to put in to achieve that. Are there any Indonesian players you look up to? Talk to me a bit about the Indonesian Dota 2 scene.

I admire Ritter 'Ritter' Rusli / XcN.Ritter a lot from Indonesia. For me, he is the best ever captain in Indonesia. He was the first player to lead an Indonesian team to compete in international level. He even won a tournament in China where Burning, Puppey, and Kuroky played.

What do you think RRQ’s biggest strength is? And what is the one area you guys need to work on?

Our strengths are that we became friends within a short time with this new lineup and that we trust each other so much. Things that RRQ needs to work are decision making and team-movement inside the game. 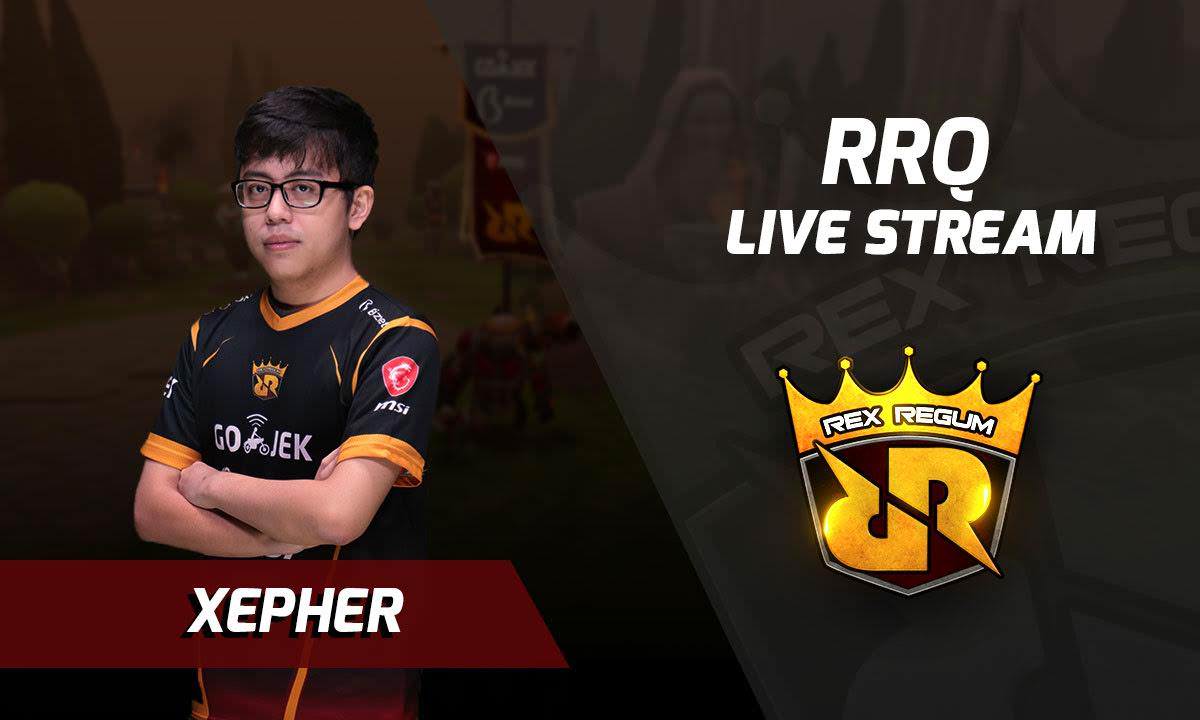 Xepher is also a frequent streamer. You can watch him HERE

Finally, What does Xepher do when he isn’t playing Dota?

Watching movies, and hanging out with friends. When I retire from Dota 2, I want to open a restaurant.

That's all from our end Xepher. Thank you so much for your time! Do you have any Shoutouts you'd like to add here?

Shoutout to Yapzor. Because of him, I love to play Rubick