The new Geek Fam lineup boasts of several superstar players who are some of the most accomplished names in the SEA region. Their carry Marc Polo Luis "Raven" Fausto has been long touted as one of the best carries in the SEA region by several people. We managed to get a hold of him and spoke to him about his career in esports, his journey this season, and how he felt about beating OG at TI6.

Gfreak: Hi Raven, congrats on joining Geek Fam. Can you walk us through the events that lead you to join this team?

Raven: Actually, I didn’t really want to go to SEA. Then Mushi arrived, and the Geek Fam team said that he had left Team Aster already. Then he asked me to join the team, and I said yes. That’s why I am in Geek Fam right now.

Gfreak: What happened at Team Lotac? Why did you leave the team?

Raven: What happens in a lot of teams, we didn’t really play so seriously in that team and so I felt that if I play here for a long time, I felt that I am going to waste my time so I just joined another team.

Gfreak: What are your short-term and long-term goals with this team?

Raven: At first, when we made this team before the Major/Minor Qualifiers, we wanted to make it to those tournaments. But right now, we are just focussing on TI9.

Gfreak: What do you think is Geek Fam’s biggest strength at this moment?

Raven: I think out biggest strength right now, is our attitude because we always just want to improve. But in the Major/Minor qualifiers, we really played bad. We need to fix that. Actually, we bootcamped for 15 days and were doing really well. But in the actual tournament, we just played really bad.

Gfreak: How did you kick off your career in esports?

Raven: I remember when I was 11 or 12 years old, at this cafe in the Philippines where a lot of pro players played. I was also one who played there every night, so it was around that time. My first tournament was this Mineski tournament, you needed to pay to play in that tournament. There were just so many good teams.

Gfreak: Did you meet Kuku for the first time in that tournament?

Raven: No we didn’t meet back then. I think I was like 14 already when I meet Kuku. 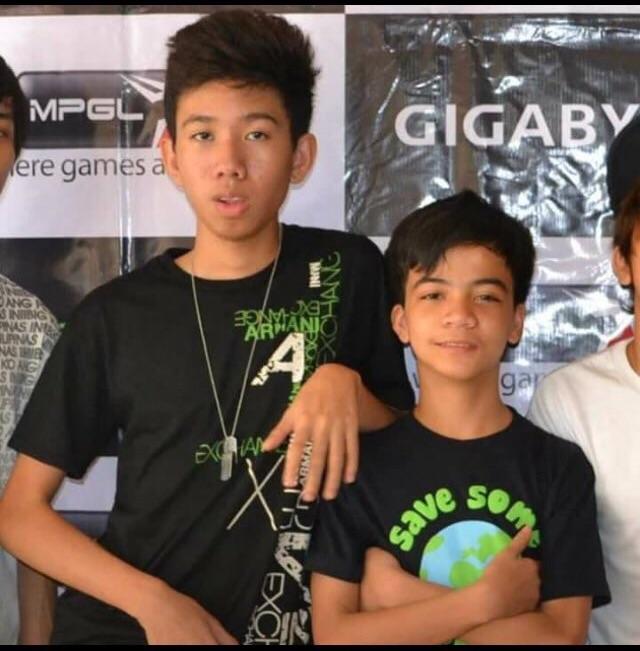 Gfreak: Your first team in Dota was Click N’Search, how did you put together that team?

Raven: It was not really my first, but it was my first team in Dota 2. It was just a bunch of my friends there, in Mr3 (Gaming Cafe in Manila), its the first one I played with, in the shop. Actually, we needed to pay a lot of money to play in the tournament in this cafe, they were the ones who paid.

Then we just lost, so it was really bad *laughs*.

Gfreak: How did you end up joining Mineski?

Raven: Bimbo and I knew each other from before. He approached me and asked me to join Mineski. I said I can try to play with them, and then yeah I played with them.

Gfreak: After that, you eventually joined TNC and caused that famous upset over OG in TI6? How did you feel at that moment?

Raven: Actually, at TI6, I didn’t really feel anything. I just played, and I did what I do in the game, and then we just won. I was really happy at that time.

Gfreak: Post TI6, you joined Fnatic. But you left the team in just a few months. Why?

Raven: At that time, I really didn’t speak English. It was the language barrier, I preferred Tagalog at that time. So I just left the Fnatic team to go back to TNC.

Gfreak: Let’s talk about earlier this season. Can you tell us about the circumstances that lead you to leave TNC and join Team Lotac?

Raven: After TI8, I left TNC because I told them that I want to try something.  At that time, I felt like I was getting lazy on the Dota part. I didn’t want to go join big teams, then do bad. So I just joined with some friends to play.

Gfreak: You’ve played a number of roles this season: 4-position, offlane and carry. Why did you change roles so often? Which one do you prefer?

Raven: The thing is, I wanted to try something new. So I just played all of the roles, so I can try and find what I prefer. I really like the offlane and the carry, so either one of them. Just a core role.

Gfreak: What about the Mid lane?

Raven: I think I need time to play Mid. I prefer the side lanes a lot more.

Gfreak: On a scale of 1-10, How were you rating your chances of making it to TI9 at the beginning of the season? How about now?

Raven: I think right now, I am going to rate ourselves at 5. It’s 50-50. Why I think so is because we’re going to go take a break first, we’ll come back, practice again and maybe we’ll have a bigger chance than that.

At Lotac, we thought we had a high chance there as well. We just got really lazy.

Gfreak: Do you think SEA deserved more slots in the Epicenter Major?

Gfreak: For all the Dota players in school right now, who want to go pro, do you have any words of advice?

Raven: A lot of people think Dota is very easy, they think it is very easy money. But, for me, you have to sacrifice a lot, because you have to do everything. If you don’t do your best, I feel like you’re just going to waste your time. You’re not going to win the tournaments, then there is going to be a time where you have to go back to school and you don’t have money.

So if you want to go pro, you just need to do everything you can.

Gfreak: What level is your Battle pass? What is your favourite voice line in it?

I think my favourite is “Ceb”. But it is much better at the higher levels.

Gfreak: Describe each of your teammates with one word

Gfreak: Finally, what does Raven do when he is not playing Dota?

Raven: I watch a lot of anime, TV shows or I just play single-player games.

Gfreak: Thank you for the Interview Raven.