18th, Jan, 2018
When the concept of Open Qualifiers first came into the Dota scene, it had loads of positive reactions and most discussions were along the lines that it helped new teams break into the scene. But with a packed schedule and round the year action, we take a look at how many events are actually hosting Open Qualifiers and what tends to happen to teams coming out of these OQ’s.

Now bear in mind that in the DPC 2017-18 season, it’s compulsory for Majors to have OQ slots in the regional qualifiers while Minors may or may not have them. Out of the 13 qualifiers for Minors/Majors that have taken place, only 3 events have chosen to not have OQ’s – AMD Sapphire Dota Pit League (only had OQ’s in EU and NA), Captain’s Draft 4.0 and GESC E Series: Jakarta. Now since OQ’s are too tedious and too time-consuming for organizers to handle while keeping in mind the intricacies of each region, they are generally handled by Faceit or ESL or other partners who have the platform to be able to facilitate this. It’s understandable that Captain’s Draft chose not to have OQ’s as none of the platforms currently support features to host Captain’s Draft matches.

Since each region is different from the other we have to look at them individually. For the purposes of this article we will try and stay clear of the SA region as we do not have much insight into the region and in general, it’s a very volatile region where teams are continuously disbanding/rebranding or swapping players. With no solid rosters, for the most part, it’s hard to not have open qualifiers in the region. 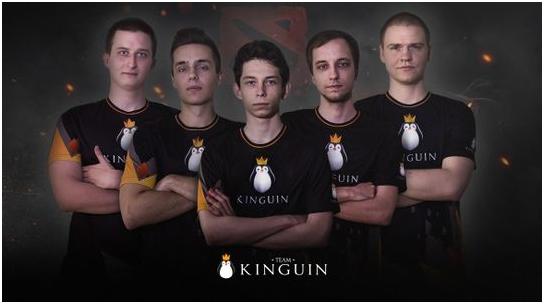 Source:Liquepedia
In EU, teams coming up from the Open Qualifier haven’t found too much success. From the region, Liquid and Secret have received the maximum number of invites, which means that the closed qualifier slot has mostly been won by either OG or Kinguin. Polish side Kinguin are definitely having the time of their lives having qualified to 4 Pro Circuit events including one in their own country, ESL One Katowice.

The Open Qualifier teams mostly have ranged from high MMR stacks or stacks of pro players who are currently teamless. Cancel’s stack, Man’sNotHot recently made it to the finals of the Bucharest Major EU Quals after qualifying from the OQ’s. Earlier SFT esports faced Secret in the finals for a slot at the Hamburg Major, but couldn’t get past them.

In North America, OQ teams rarely get a chance to go big as there are some very established rosters playing in the main qualifiers most of the times. With none of the of the NA squads enjoying too much success at a DPC event, the qualifiers are likely to be stacked for the foreseeable future. Most of the regional slots are taken up by Complexity, Immortals, Optic Gaming and VG.Storm and it seems unlikely that someone gets past them. Out of the 13 (14 slots because the BTS Minor had 2 NA slots) events, Complexity took the NA slot for 7 of them, Immortals took 2, Optic took 2, VG.S took 1 and EG took the remaining 2. 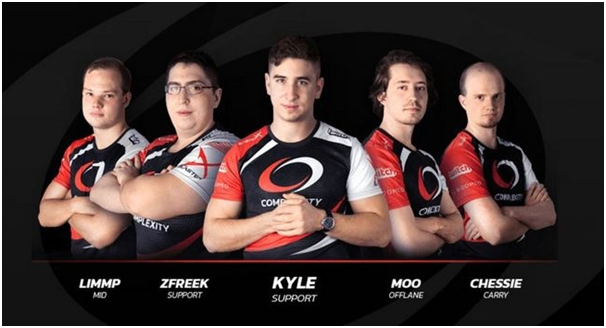 The OQ, helped teams like Optic and Immortals when they announced their new rosters but fell flat after once they started getting direct regional invites. The only times the OQ’s have been really useful are at the Dota Pit Minor and the Dream League Major, where there were only 3 invited teams which allowed Immortals and CoL to come through the OQ’s respectively.

The CIS region has often been a region where random stacks end up taking entire tournaments, but this time around it has been Navi and VP for the most part. But now with both teams starting to get direct invites to tournaments, the Regional Qualifiers will certainly look a lot more even. Similar to NA, the regionals are often stacked with tier 2 teams like Vega Squadron, Team Spirit, Effect and Empire and it seems unlikely that an OQ team will get past them. The only time the Open Qualifiers were of any real use were the DreamLeague Major quals, where Navi got in via the CIS OQ and then moved onto the main event in the joint EU-CIS quals.

China seems to be the region that benefits most from the Open Qualifiers due to the sheer number of teams present in the region. With big names such as Vici Gaming, iG, iG.V, CDEC, LGD, LFY, EHOME all performing under the radar, for now, the Chinese Qualifiers are likely to be stacked for now. Keen Gaming were one of the teams who rose from the Open Qualifiers and made it all the way to Hamburg, but they seem to not be having too much success after that. However, there are lot’s of players and squads in China that do come up from time to time and it’s important that they are given opportunities to represent themselves.

Inconsistency is one of the key traits of an SEA team and barring Mineski, all the other top SEA teams have been pillars of proof for this. Visa troubles is another recurring problem troubling teams in the region as we saw with Happy Feet who had to forfeit their Hamburg slot to Fnatic. And with that, almost all SEA slots have been spread between Mineski, Fnatic, and TNC. Currently, the bulk of the regional invites is spread between these 3 + Geek Fam and Execration but you’ll also see Clutch Gamers and Boom.ID getting invited if the format allows for it.

A broader look at things will reveal that Open Qualifiers for a large part have not yielded any notable results. However, the point of Open Qualifiers is not to consistently yield results but rather to create possibilities of truly inspirational storylines being created. The effort and time needed to execute Open Qualifiers for each and every tournament will eventually be worth it if one single time manages to hit it big.

In NA and CIS the possibility of OQ teams making it through are really really low, however with tier 2 teams constantly shuffling around, it’s important to keep slots to allow them to place well and keep playing against bigger teams. In SEA and EU, the competition is really close especially once the bigger teams get direct invites and even Open Qualifier teams have the chance to move through. Also, these two regions are often characterized by high MMR players forming stacks to compete and Open Qualifiers are necessary to keep this from happening.