Alpha Red to take on TNC in the Finals of WESG 2018 - CS:GO SEA Finals

15th, Dec, 2018
Cover Image Courtesy: TNC Pro Team
The second day of WESG 2018 - SEA Finals observed the confusing swiss format Group Stage coming to an end with the top four teams qualifying onto the Playoffs.
This is how the points table looked like at the end of day 2: 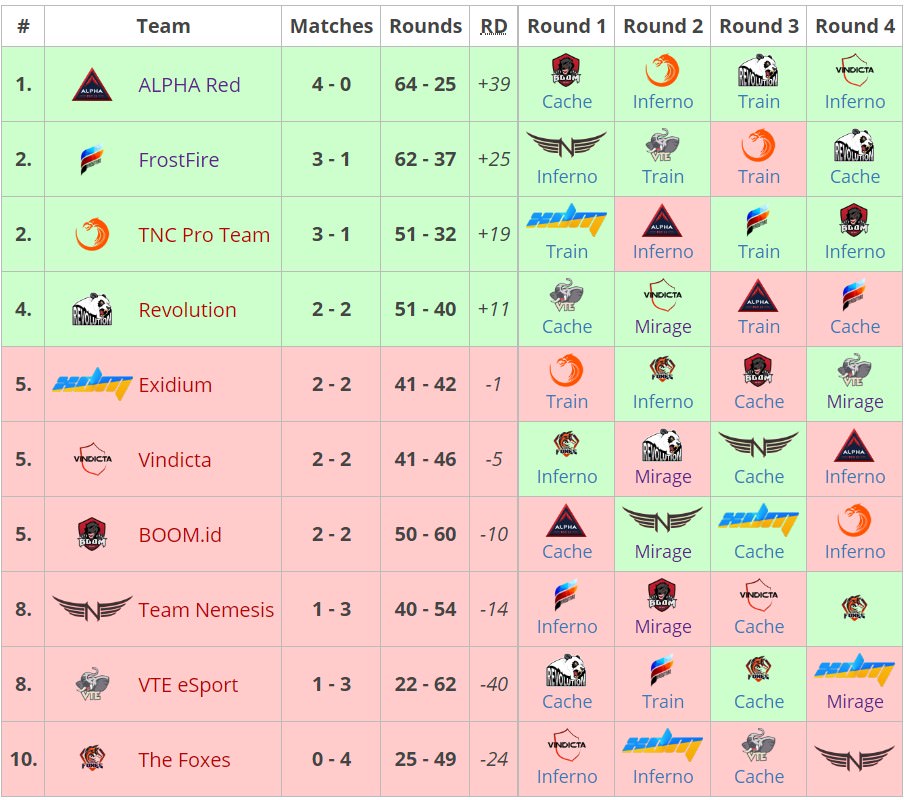 Image Credit: Liquipedia
Group Stage
Alpha Red from Thailand topped the group stage winning all their matches convincingly against teams like BOOM.id, TNC, Team Revolution and Vindicta.
They were closely followed by the Malaysian powerhouse FrostFire who managed to secure three out of their four encounters.
TNC Pro Team came in at third position defeating all their adversaries except for Alpha Red.
The last team to make it through was the Vietnamese superstar Revolution. They surely proved their worth defeating both Vindicta and VTE Esports. Loosing to only the higher placed teams, FrostFire and Alpha Red.
The four teams moved on to compete in the semifinals of the Playoffs which featured a BO3, single elimination bracket. 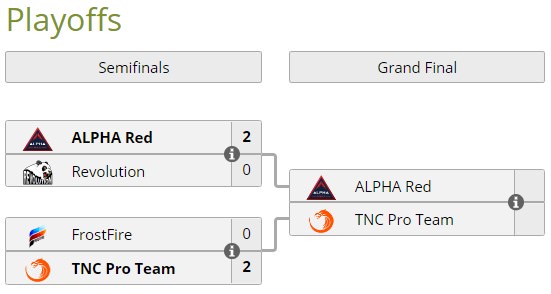 Image Credit: Liquiipedia Playoffs
The first semifinal match observed Revolution going down against the indomitable Alpha Red. Alpha dominated their opponents on both Inferno and Mirage winning by a score of '16-8' & '16-9', respectively.
The second match semifinal was a clean sweep for TNC who defeated FrostFire on Nuke in the first match followed by another win on Inferno with a score of '22-20' & '16-14', respectively.?
All the four teams who made it through to the Playoffs have qualified for the WESG 2018 - Global.
The Grand Finals of the WESG 2018 - SEA Finals will be held tomorrow between Alpha Red and TNC.