6o, Sep, 2016
Bari “ZeDisBuGG” Anwar has been a part of the Beyond Infinity lineup that has been doing India proud over the course of this year. Yesterday he announced that he will be leaving competitive Dota due to personal reasons. We take a quick look at Bari’s Dota days as we say an endearing goodbye to one of Indian Dota’s most charming personalities.
His Story
After a short stint with a local Hyderabadi team, ZeDisBuGG catapulted into the limelight during his time with Team Azazel Gaming (TAG) Pro. At a time when Oblique Gaming / NeckBREAK eSports looked like the dominant force, TAG Pro revealed chinks in their armour on multiple occassions. He carried forward his legacy with the same squad under a new tag - Team Elunes which later evolved into today's premiere Indian eSports team Beyond Infinity. Throughout the years, ZeDisBuGG has grown as a remarkable support player that has truly shown that he is capable of going toe to toe with some of South East Asia's best. His signature heroes include Lion, Shadow Demon and Vengeful Spirit while his playstyle was extremely sacrificial. On more than one occassion, his five position support would be seen sporting no more than a basic set of items in the mid to late game phase. While many consider this a mark of inefficiency, it is precisely this playstyle that set ZeDisBuGG apart as one of the most sacrificial support players that has ever graced the presence of Indian eSports. 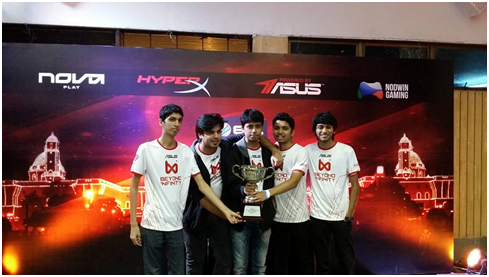 Bari and BI after their recent win at ESL India Premiership Challenger Cup,Pune 2016

Bari has been a stalwart in the community and his charm and outgoing personality are something that we are all going to miss. He was always so easy to approach and such a jovial and funny character that everyone will be sad to see him go. 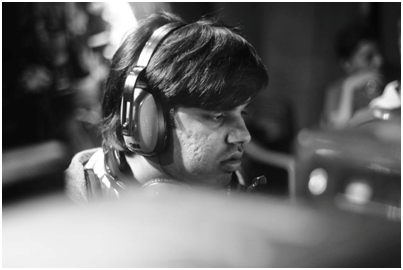 He chose not to go too deep as to why he would be leaving competitive Dota and we respect his privacy to not pressure him into telling us.

another page of my life comes to an end as i will be retireing from pro gaming scene..the reason is personal and i am thankful to BI and ally teamates who helped me with this decision.....gaming is and will be a very important part of my life and i am happy for each and everything it gave me.....i am also sorry for the ppl who had high hopes from me....i am sorry to disoppoint u all...
i am also thankfull to the haters who always kept me motivated :3

i wish all the very best for my teamates (brothers) Moin Ejaz (i will miss ur stupid lame ass songs and ur whinning abt mmr retards)
Balaji Ramnarayan(ur keyboard raging sounds are still in my ears) Jeet Kundra(if i had a 1$ for everytime u spammed "GOODGAME WELLPLAYED" i would be millionare
Prasad Nalawade (i wish i could give u some of my fat...xD...ur love towards lays is better than twilight love story)
i am sorry for the brain damage i gave u guys with my super funny jokes...

i know for a fact that u guys will live the ti dream one day ....<3 u faggots - Bari 'ZeDisBuGG' Anwar

We wish him the very best going forward and hope that he finds success in whatever he chooses to do next.

What his departure means for the Beyond Infinity lineup is left to your imagination. But a little birdie tells us that we are in for some explosive news when it comes to roster shuffles this season; so do stay tuned.