ESL India Premiership 2017 – Summer Season has finally drawn to a close, and what an event it was! Let’s look back on an amazing weekend full of entertainment with esports, showmatches, cosplays, and a Macho Man contest of all things. Here’s a summary of what we got to experience between July 1st and 2nd at The Phoenix Marketcity, Mumbai.

Two days of non-stop gaming action and several spectacular performances later, it was the two foreign teams that stood tall in Mumbai at the culmination of it all. Risky Gaming and Team Intelligence Quotient were crowned the champions of CS:GO and Dota 2 respectively at the ESL India Premiership 2017 – Summer LAN finale. Both teams won their Grand Final matchups in resounding 2-0 victories. 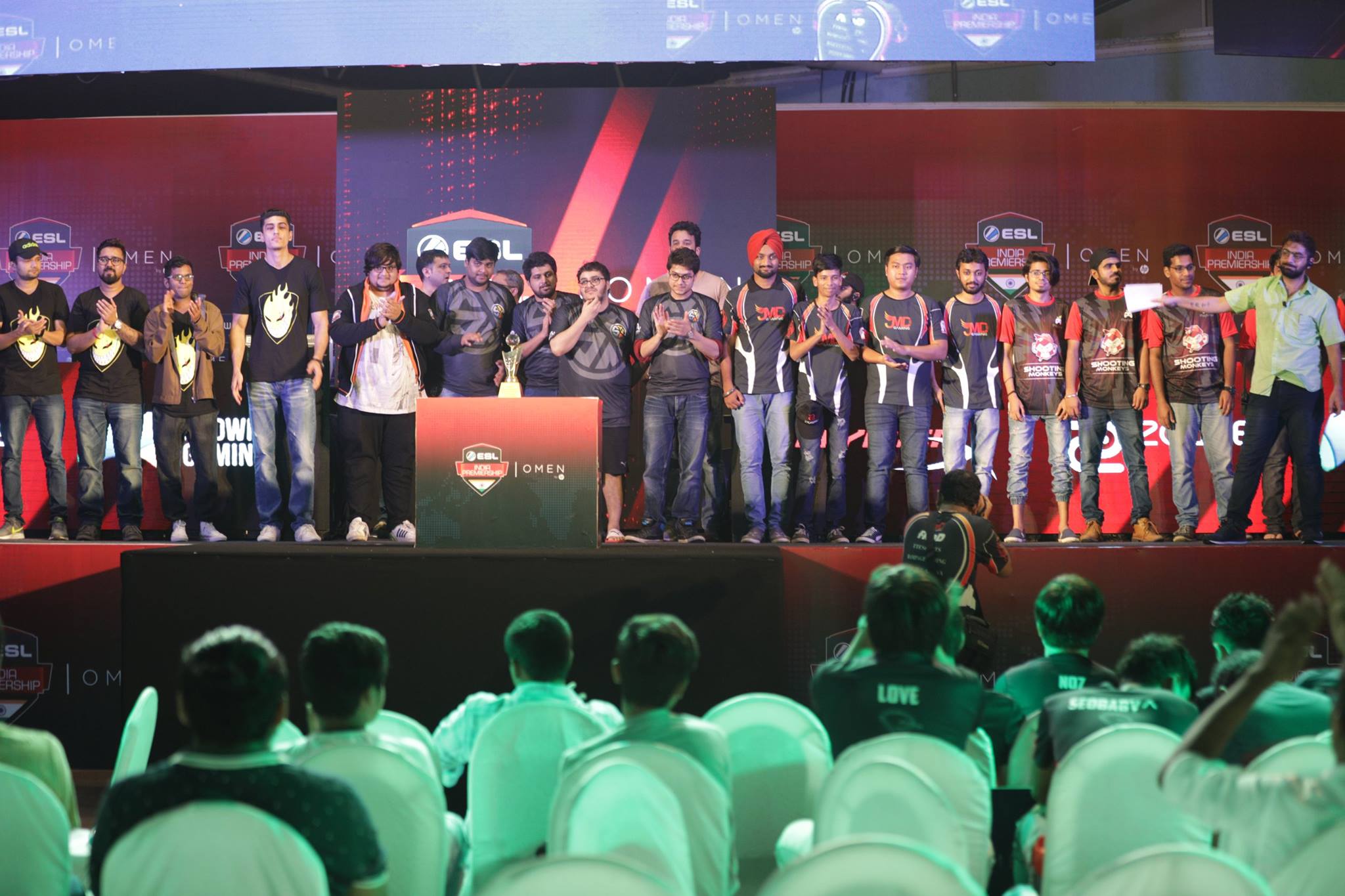 In CS:GO we saw some fierce games in the initial phases, especially from Dare 2 Dream who were unfortunately sent to the lower bracket after reporting late for their match against Brutality. However, D2D later got their revenge in the Lower Bracket Semifinal match, knocking out Brutality from the competition.

But in the end, it was all for naught as Risky Gaming proved to us how good they really were by decimating the rest of the competition without even breaking a sweat. They had a flawless run through the brackets defeating Shooting Monkeys 16-9, Brutality 16-1 and Entity 16-4, 16-7 and 16-6 in their path to victory, leaving the entire Indian CS:GO community distraught.

Deservedly, their star player Havok was declared the MVP of the tournament. While KitKat and Nami walked away with the Top Assists and the Best AWPer trophies. However, it wasn’t a complete sweep for Risky in this department. The spectacular performance of Forsaken from Team Shooting Monkeys against Risky Gaming lead him to be declared as the Rookie player of the season.

The Indian Contingent led by Entity Gaming will have to figure out a way to improve their performances before the Spring Season Finale as they won’t want to turn up flat against Risky Gaming once again.

Looking at the initial phases of the Summer Season in Dota 2, Entity Gaming were undisputedly the favorites for this event. Their superstar roster enabled them to go 24-0 at one point during this season. Their team was also aided by the recent 7.06 patch changes, especially in regards to mid lane. The extra melee creep, the deny XP, and the Shrine change gives a new importance to mechanical laning skill, and Sw1fty is easily one of the best in the league to take advantage of this.

So it came as a complete shock when they were defeated by Team IQ, the humble team from Cambodia. Especially since they had comprehensively beaten them in the winner bracket finals. However, Team IQ later revealed that they might have baited Entity Gaming in the Winner Bracket Finals.

Team IQ were clinical and it was pretty obvious that they had very specific, well-prepared drafts against Entity Gaming. They showcased their phenomenal decision making in Game 1 of the Grand Finals where they let 2 racks fall in order to take advantage of BlizzarD’s Ursa Buyback. Team IQ completely outdrafted and outplayed Entity Gaming in Game 2, resulting in the 2-0 sweep at the Grand Finals.

It was no surprise to us when the MVP of the event was announced to be Xing and the best carry was No7. Two absolutely amazing players who completely deserve it. The lone bright spot for Entity Gaming was Jobeezy winning the best Support trophy.

The tournament also saw GoFigureRed as the dark horse, essentially coming out of nowhere and putting in a blinder of a performance which no one expected against Team IQ. The young team, guided by veteran mid Archmage truly shone with their dominant late game style. Players brimming with talents like Snax_x and Rampage were standouts at the tournament. Snax_x was also declared as the Rookie of the Season for his performances. 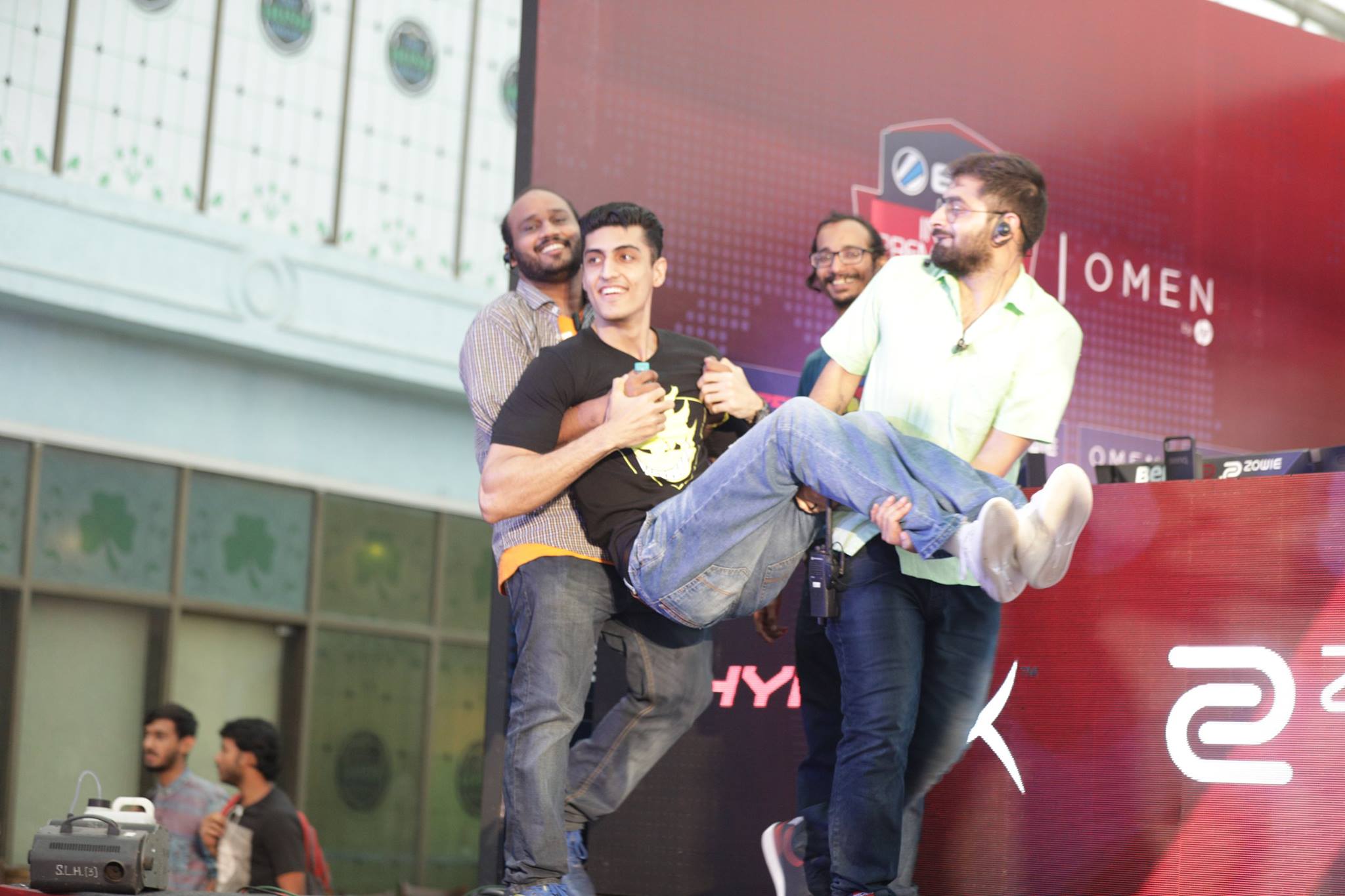 As with the previous iteration, ESL India Premiership’s production team have certainly set a higher standard for premium Dota 2 events in India. Apart from a few minor delays on Day 1, the event was very smooth and the analyst panel with Crowley, Gambit, Mamba and ad1  was very insightful without being overly theoretical.

Their posters, Players signing sessions, and Cosplay Competitions were all well received by the fans. And their show match between Team Aorin and Team Vageesh was one of the funniest matches we’ve ever seen.

Overall, the event was quiet enjoyable from a fan’s perspective and although the Indian teams were outperformed by the two foreign teams. The overall quality of the contestants has definitely improved from the 2016 edition. So don’t lose hope guys, and continue supporting the country’s representatives to the DOTA 2 and CS:GO scene. Long Live Indian Esports!