27th, Feb, 2018
With only a few days left before The Bucharest Major starts, an interesting information has emerged. Amongst the 16 teams competing in the event, only 8 teams will be in on the money this tournament, compared to the previous Majors (ESL One: Hamburg, ESL One: Katowice, Dreamleague: Season 8) where all the teams competing at the event split the prizepool.

This champion of The Bucharest Major, given the current distribution, will walk away with $500,000 – a hundred thousand dollars more than Virtus.Pro received for winning the recently concluded ESL One: Katowice. 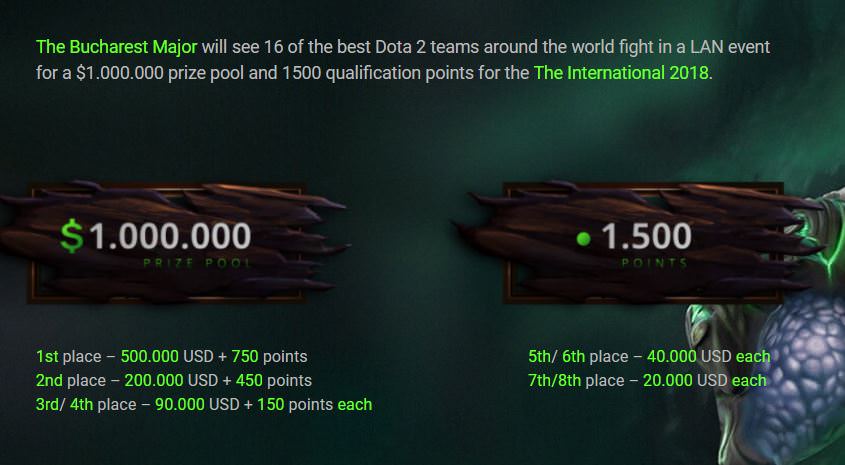 Current distribution: $1 Million is split between the Top 8 teams

The Bucharest Major hosted by PGL is set to take place at Romania from the 4th March 2018 to 11th March 2018. 16 Teams will be competing at this event with $1 Million Prizepool and 1500 DPC points at stake. TNC Pro Team and Mineski will be the two SEA teams taking part in this event.

We will put out a Survival Guide quite soon, so stay tuned to AFK Gaming for further updates.