8 teams from across India will fight it out at the Taiwan Excellence Gaming Cup finals which will kick off on the 19th of October. The LAN finale will be held at Infinity Mall in Mumbai and includes both Dota and CS:GO and a prize pool for INR 5 lakh each.

TEGC has been one of the staples for Indian Dota for a while now and last year they decided to include CS:GO as part of the tournament as well. Trademarc Gaming were the champions the first time around but wont be attending this year.


Entity Gaming will be the favorites among the teams attending the LAN, followed by iNvictus. A potential showdown between the two on LAN can be exciting as there exists some bad blood between the two with Excali and HunTr leaving the Hyderabadi org to join ETG, despite beating them at the ESL India Premiership Summer Season finale. The quarterfinal matches have been decided and the matchups will be as follows:


All matches will be bo1’s except the grand finals which is a bo3. However, the teams will be playing in a double elimination format after round 1 which does mean that they will have one life in case things don’t go their way.

It will be a 2-day event with only the loser bracket semifinals and the grand finals being played out on Day 2.


A total of 5 lakh INR is the prize pool for CS:GO. The distribution is as follows:


Games will be streamed live on the TEGC channel and fans in Mumbai can also drop by to catch them live. More details on the venue can be found here. 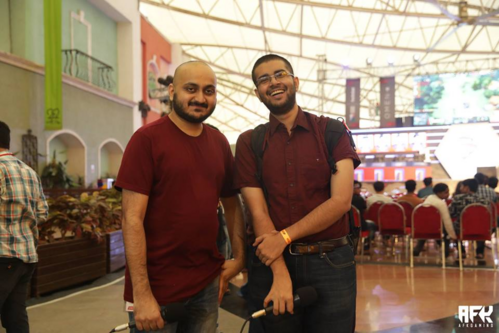 Games will be casted by Ad1 and Fett