Dota patches are rolling in every two weeks now and it’s important to stay up to date with the times. With Medals to climb, Dota Plus Shards to collect, teammates to flame, TI’s to win and of course those other IRL activities like breathing and eating, who has the time to read patch notes nowadays? But you don’t want to come across as a noob now, do ya? Here’s some of the important stuff that you need to know.


Now this isn’t a super big change when it comes to the pub meta since, CM games only account a for a very low percentage of the total games, but in the pro circuit this does make a huge difference. Pangolier isn’t a crowd favorite by any means but maybe the pro’s can show us how, when and why to play this hero and what the item builds can be. With DPC events and their qualifiers lined up right until TI, we are pretty sure the hero will get some amount of play in the pro scene so better keep watching.


Were you one of those mid players who did okay in the lane and then power farmed in the jungle with a couple of clarities? Well, no more! The regeneration rate was dropped from 3.2 to 3.0 which is a significant nerf by itself. It also means that you get 10 less mana overall but the change to the rate of regeneration may be a deterrent for heroes like SF and Invoker who like to farm the jungle stacks to power them into the mid game. 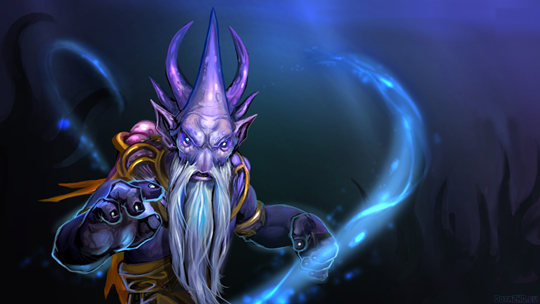 Source: 7wallpers.net
With some nice buffs to Dark Seer, the once popular offlaner may soon make a return to the hard lane. Vacuum receives a buff in the form of increased aoe in the earlier levels. The cooldown has been set to 32 across all levels which too can be considered a buff since it scaled from 60 to 30 earlier. The Wall of Replica damage has also been increased to 200 at max level and has an increased aoe 1300.


A really popular item since its introduction in 7.07, Spirit Vessel received a rework this time around. The damage component, when used offensively, has been changed from 3% direct HP removal to 4.5% magic damage. Let’s break it down. A hero like Visage, for example, has 21% base magic resistance. Assuming an HP of 1000, the older version of the item would take away 3% of HP or around 30 HP. Now it does, 4.5% or 45 magic damage. Taking into account, the magic damage, we get 36 HP removal. While this is an increase from earlier, we did not take into account any resistance from items or aura’s which will actually lower the total HP lost.


A hero which was incredibly popular in the recent weeks was Gyrocopter, and the hero enjoyed a 50%+ pick/ban rate in pro games in GESC and DreamLeague. However that may soon change, with the cooldown for Flak cannon increased from 30s to 40s and the number of hits required to destroy the Homing missile brought down to 3 at max level.


6. Io gets buffs from Icefrog 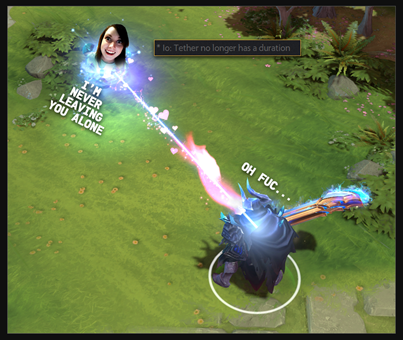 Io has been a hero who has rarely enjoyed popularity in pubs and one of the main reasons is the hero’s innate need to coordinate with others and high skill requirement. Both the issues were addressed in the patch and Io now has infinite duration on Tether. Tether also provides the same MS as the tethered hero meaning that the link won’t be broken due to the lack of ms anymore. There are some changes to the hero’s damage and scaling of other spells but overall the change does lower the skill cap and make it easier to play.