6 things we learnt from the EternalEnvy AMA

One of SEA heck Dota’s most controversial/discussed/memed/loved/hated personalities did an AMA on reddit yesterday. The thread was hugely popular getting over 1,700 comments and reactions. Now we know going through an entire AMA can be taxing and that's why we did it for you. Here’s what we learnt from Jacky ‘EternalEnvy’ Mao’s AMA.

On the Major format and DPC system

Envy pointed out some flaws in the system but said that overall it is good in the long run and the next season will surely be even better. He said that the events earlier in the season were 8 team events, making getting points easier. Hence it was easier to pick up points then than now where almost 16 teams are playing in the LANs. He also felt that NA teams were being given more slots than they deserve.

However his biggest complaint was with the way the roster shuffle was conducted and especially the timings. Also the fact that there was only one roster lock for the season didn't seem to go down well with him. Lastly, he felt that 4 of the 16 teams getting points in the Majors was okay since placing top 8 couldn't be a criterion for getting invited to TI.

On getting hate/flame from the community

Envy is a subject of a lot discussion and trolling and the amount of hate he gets is on social media is pretty hard to digest. He said that he does go through what people are saying about him since he likes to read everything, and it does get to him but he doesn't let it affect him so much. According to him, his willpower and habits power him through bad phases.

On his relationship with MSS and other ex-teammates

When asked about MSS, Envy explained that they had a big fallout after TI. Apparently, Envy and Bulba wanted to form the DC squad with pie as the offlaner and MSS started flaming him to Bulba which soured their relations. In general Envy doesn't speak to other players than those on his team which makes him come across as rude or makes other players think he dislikes them but in fact Envy feels he lacks to social skills to interact with people and actually likes everyone. He also mentioned that bone7 and him had a fallout after NP. 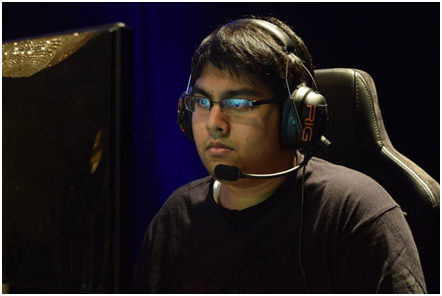 On plans after retiring from competitive Dota

I'll probably make content or coach. i want to go over the history of dota and how things were developed and i might make noobie and super in-depth guides to gameplay. I feel like there are a lot of things in DotA that the viewers and the talents can't see and even pros have a hard time seeing.

Knowing how many blogs Envy has written and to add to that the 4 AMA's he has done, it won't be surprising to see Envy getting into doing some content if and when he retires!

Envy was fully supportive of ESL's decision to stream on Facebook and also said that ESL are the best Dota 2 tournament organizers after Valve themselves. He feels that ESL are responsive to criticism and wiling to adapt and learn but sometimes they end up saying weird things because of ego clashes.

On DJ being the best teammate he ever had

He's probably the best teammate I've ever had. After games I feel like he really wants to improve and is the only player who actively asks for my opinion even if it means knowing his faults as a player. He implements those changes the best way he can in his next pubs too. When he struggles with change he will give u feedback so that we can work around it a different way. 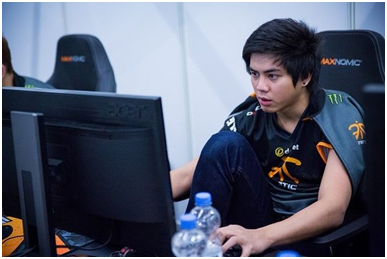