6 esports facts that will blow your brain

"Esports" is simply the short name for electronic sports, which are played competitively usually by paid professional gamers in front of thousands of spectators (live or virtual) for a significant amount of prize money (ranging from hundreds of dollars to millions)

It is one of the fastest growing industries in the world and until a few years ago, very few people would’ve been able to predict where it would be today. People are now beginning to realize that esports are here to stay and major networks, as well as big business, is starting to pay attention.

If you haven’t jumped on the esports bandwagon yet, here are some facts that’ll simply boggle your mind.


The size of the total Global esports market will reach $3.5 billion by 2021.

Revenues from esports and streaming game content will reach $3.5 billion by the year 2021, according to a new report from Juniper Research. That's up from approximately $1.8 billion in 2016. This near-doubling of revenue growth over five years reflects the increasing popularity of esports. 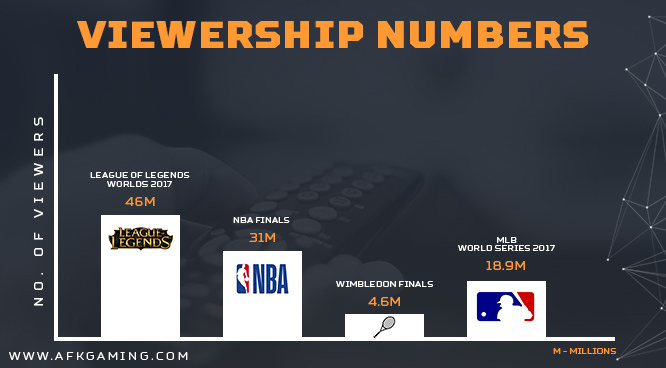 A global market research firm, Newzoo says there are 215 million people around the globe that watch esports either casually or obsessively. This number is projected to grow to 307 Million by 2021.

For comparison's sake, Over 46 Million people tuned in to watch League of Legends Worlds 2017. That number is far higher than the viewership of the NBA Finals, Wimbledon Finals, The MLB: World Series and other traditional sporting events.

More Females are involved in esports than Males 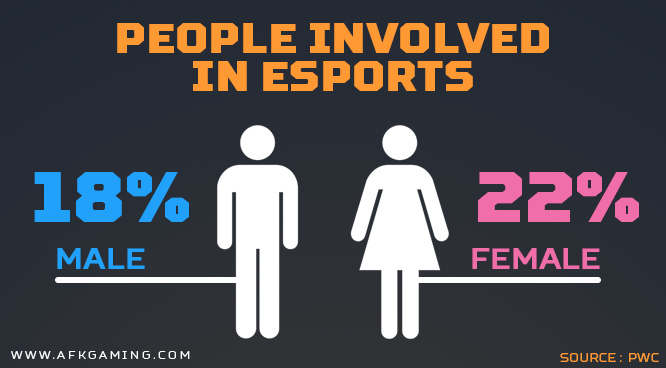 While the majority may think that this is a male-dominated sport due to the traditional ties that males have with video games, women are just as likely to play esports. In a recent study, 22% of females asked said that they are involved in esports, either as a player or as a fan. The same study found that 18% of men interviewed answered that they were involved.


Esports scholarships are now being offered at Top Universities

A growing number of universities from across the globe have now started to offer ‘Esports scholarships’ in varsity programs.

Esports as part of varsity programs began in 2014 when Robert Morris University, Illinois announced a scholarship-sponsored League of Legends team. Since then, the scene has ballooned to include around 50 programs, with a national governing body known as the National Association of Collegiate Esports as the main home for most of those organizations. 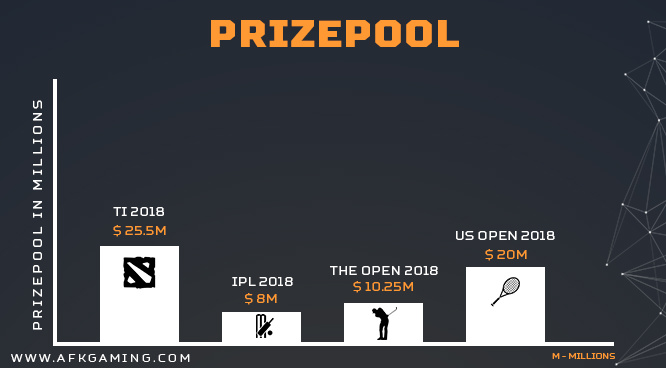 In 2017, worldwide aggregate prize money amounted to $121 million according to EEDAR, a total that is comparable to some of the biggest sporting leagues in the world. Esports prize money has climbed to new records for seven years in a row now with no end to the upward trend in sight.

As millions of viewers tune in to follow professional tournaments, the esports market will likely continue to flourish for years to come.


Esports is a Global Phenomenon 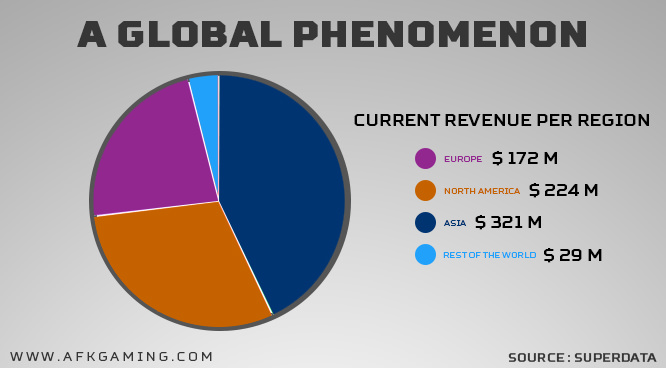 Esports sprang up in the late 1990s in Korea, and has since spread across the world. Right now, Asia leads the esports market with over $321 million in revenue, with North America trailing behind by about $100 million.

With the addition of new streaming platforms, viewers can easily tune in to watch gameplay from anywhere in the world. On Twitch, the leading video platform and gamer community, users spend more than 79.1 million hours each month watching esports.