5 unforgettable Dota 2 moments for the Philippines

SEA has been a very popular region for Dota and at the leading the charge for SEA is a country that has time and time again shown it’s love for the game be it with top-notch events and boisterous crowds or with mind-blowing performances on big stages. Here are our top 5 landmark moments for the Philippines in Dota.


TI6 is famous for Wings Gaming’s run straight through to the win but another big moment in the tournament was TNC infamously eliminating tournament favourites, OG from the competition. OG came into TI6 as the undisputable best team, having won 2 out of 3 Majors that season and the Aegis seemed destined for them. Having topped the group stages, they chose MVP Phoenix as their opponents in the first round of the playoffs. However, the Korean team with their hyper-aggressive run at you style of Dota caught out OG by surprise, knocking them down to the lower bracket.

In the lower bracket, OG faced TNC, who had themselves narrowly missed out on an upper bracket start. Not many favoured TNC to take the series, and the general consensus that OG had slipped up once, there was no way it was happening again. However, the Filipino team, lead by NA veteran Jimmy ‘Demon’ Ho were able to pull out a massive upset, taking the series 2-0. OG were left shellshocked as TNC took 2 wins off them, with both games reaching almost the hour mark.


Not the most popular tournament on the block, WESG still always manages to consistently have one of the higher prize pools in when it comes to Dota. The country-specific format often means that many of the multi-nation teams can’t participate and most teams end up being temporary ones formed just for the tournament. However, one team that didn’t really face the same problem was TNC. The team was all Filipino back then and were able to go all the way in the competition, taking down the Danish squad, Cloud 9 in the finals. While the tournament wasn’t the greatest in terms of competition, the sheer amount of prize money was massive and has considerable value in a country like the Philippines. 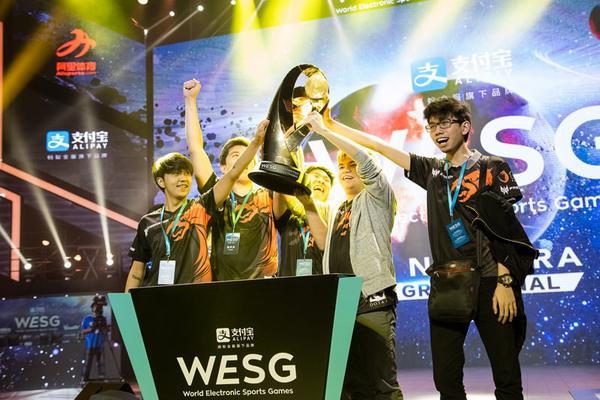 
Announced during the first season of the Dota Major Championships, the Manila Major was the third and final Major in the circuit before TI7. Taking place at the Mall of Asia Arena in Manila, the Manila Major witnessed some of the best crowds, Dota has ever seen. The mainstage days saw the venue packed with excited fans who brought in their own brand of excitement and energy as the love for Dota in the Philippines was clearly visible at the Manila Major. Each and every one of the talent and players at the event were appreciative of the support they got from the crowds and the event went down as one of the best Dota 2 LANs of the time.


Without a doubt there should be a #ManilaMajor every year. Amazing passion & hospitality from all the fans here in the Philippines. Salamat!


Not really a positive moment for Filipino Dota, but Galaxy Battles 2 organized by Fallout Gaming, saw it’s fair share of troubles and is one of the more landmark moments for Dota fans in the country. The tournament was a Major for the DPC 2017-18 season and the success of the Manila Major meant that many were excited for another Major in the Philippines. However, Valve rescinded the tournament’s Major status stating


Based on information we’ve recently confirmed regarding new government regulations for esports players entering the Philippines, we have decided to rescind the tournament’s Major designation, including the Pro Circuit qualifying points, for the Galaxy Battles 2018 tournament. This is based on what we feel are unreasonable infringements on the privacy of the players, as a condition to enter the country.

This also sadly does mean that Valve sanctioned events aren’t going to be possible in the Philippines till the government policies change and Dota will have to be missing out on of the best country to host their events in.


The early years of Dota 2 were dominated by EU and Chinese teams with no other region coming close to matching their power till EG broke the curse at TI5. However, the SEA region was mostly considered a fringe region during this period, providing only filler teams, and their biggest accomplishment was a 3rd place finish for Malaysia’s Orange Esports. The TI1 format included only invited teams as Mineski got an invite but failed to have any impact, losing 3 straight games and bowing out at the first stage of the competition. In the subsequent years, no one from the Philippines was able to represent their country at TI, till 2016 when Djardel ‘DJ’ Mampusti, broke the curse and qualified with Fnatic. 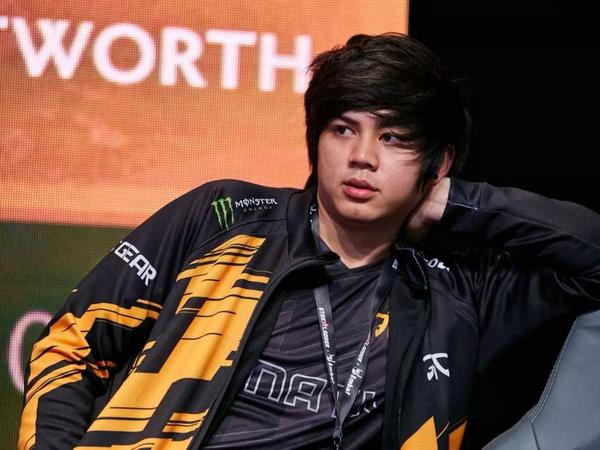 He was, however, the only Filipino player in team, but the side were able to finish in the top 3, thanks in part to DJ’s performances that have cemented his position as one of the best position 4 players in the world.

Another Filipino team, that made their mark that year was TNC who also qualified for the event with 4 players from the country. They would go onto eliminate OG, the tournament favourites but fell in the next round that knocked out both the SEA team eventually, Digital Chaos.

The same year also saw Execration also make it to Seattle, but they never really reached the TI stage, getting eliminated in the Wildcards.

Since TI6, both TI7 and TI8 have had Filipino representation with DJ, TNC, Abed and Execration making it to the big stage.